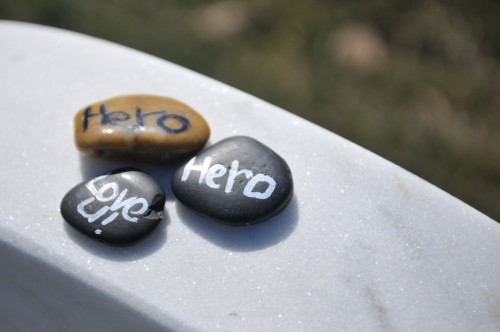 As a dreamer and published author myself, I recognize that in the U.S. we live in a society where the loud and boisterous are rewarded and the quiet are often marginalized.

From the classroom where the extrovert child jumps at the chance to tell the teacher what he knows, to the boardroom, where the most vocal are given a stage to loudly thrust their opinions on others; it’s clear that it pays to speak up, to grab the microphone and loudly declare, “Look at me and my fabulous ideas. Aren’t I great?”

And the answer that comes from the multitudes is often, “Yes, you are! Where can I sign up to be on your team?”

We perceive that these loud people are going places and that if we only stand close enough to them, we too will succeed. And when that voice gets loud enough, we call them our heroes.

But are they really?

When I see photos of actors doing charity work, I’m suspicious. When I see a ball player visiting sick children, I’m leery. And when I hear of a huge pledge from a multi-millionaire, to the sad-story-of-the-moment charity, I cringe a little. Don’t get me wrong–celebrities doing good work is not all bad.

What I don’t like though–what doesn’t impress me–is that there just happens to be a photographer or videographer following them around as they do so. We’ve become a nation of publicity freaks–doing the right thing because there’s someone there to see us do it. But what about those who do it quietly? What of those who are indeed heroes, but nobody ever knows about it? Are they less of a hero if there isn’t a camera to catch their heroic deed? Are they less a hero if their story isn’t written into a bestselling book, or made into a multi-million dollar movie?

What is a hero, anyway?

Wait a minute! Something about that just strikes me as wrong. Yes, I’m about to argue with the dictionary! Here’s where it falls apart; if a person is admired for their great or brave acts or fine qualities, the natural assumption is that someone else is there to do the admiring. So, in order to be a hero, someone has to witness what said-hero is doing?

Let me give you an example. About three years ago, I met a portrait artist by the name of Michael Reagan. He lives in the Seattle, Washington area and I’d heard that he draws portraits of soldiers killed in wars. I’d just finished the tour for my first big dream–my first published book, Breaking the Code, which is about my quest to find out what my father really did during WWII. My thoughts were already leaning toward veterans and the military in general. So, I heard about this artist and I thought, what a nice thing to do. “I’ve got to meet this guy,” I told my sister.

I drove over the mountains and sat down in the home of Michael Reagan. His wife joined us in the living room. 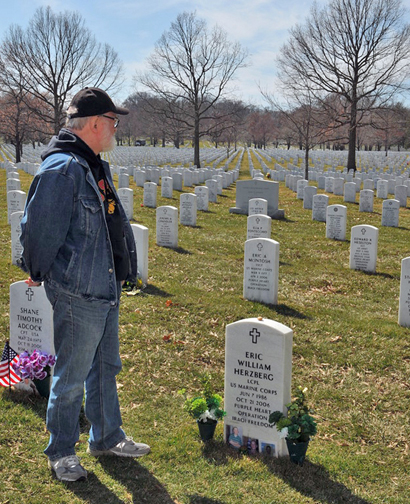 Mike is an unassuming guy with a gray beard and a serious demeanor. But there’s one subject that lights him from the inside-out; fallen heroes and the Gold Star families who love them.

A Gold Star family, I would learn, is a family who had lost someone to war.

When Mike began talking about his latest portrait, his very countenance changed. He’d mailed the portrait a few days ago. He knew what day it would arrive, today. He knew roughly what time it would arrive. He kept looking at the clock. Finally, he said, “Their son is home now.”

That’s what Mike does; he sends sons, daughters, mothers, and fathers home–one portrait at a time. That’s one amazing big dream quest!

When he first considered doing this, he was working at the University of Washington where he was the Director of Trademarks and Licensing; it was a job he loved. His evenings and weekends were spent in his personal art studio on the water. He’d worked long and hard for the life he’d carved out for him and his wife.

But then he got a request that changed his life; it was from a woman who wanted him to draw her husband’s portrait.

The man, Petty Officer 2nd Class, Michael Vann Johnson, had been killed in Iraq while serving in the U.S. military.

That single portrait request would become the first of thousands. That one portrait changed the trajectory of Mike’s life. In the course of just a few years, he would quit his job, and give up his beautiful art studio–to do the one thing he knew he had to do–bring healing to families of the fallen.

Mike does what he does quietly. He begins each day at 4 am, with a cup of coffee and his cat who keeps him company. He draws through the day and into the night, taking a break for a long walk to clear his head. You see, Michael Reagan is a veteran too. He fought in one of the most deadly places in the Vietnam war, Con Thien.

When Mike draws portraits for families, he knows them. He may never meet them and may never hear from them again, after drawing the portrait. It doesn’t matter. Why? Because Mike is doing what he was called to do. He’s living the real dream life. He doesn’t do it with fanfare or adulation. He doesn’t do it in front of a camera or for an audience.

No, what Mike does for his dream-calling is far too sacred for that.

He spends all day, every day, putting himself back in that painful place–the place of war, and fighting, pain, and loss. He does it so that the family on the receiving end might know peace once again; so that they’ll know that someone cares and that their loved one will never be forgotten. Mike does it quietly. Just as with that first portrait, more than ten years ago, he never charges for his portraits.

He’s drawn more than 4,200 now, sending them all over the country–at his own expense. Many miracles have happened as a result of the portraits he’s drawn. They’re too numerous to speak of here. 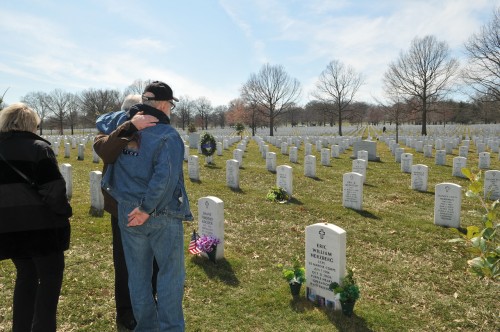 On Memorial Day or Veteran’s Day or any day when you hear a soldier has fallen, remember–for every movie like American Sniper, for every book like, Unbroken: A World War II Story of Survival, Resilience, and Redemption there are thousands of stories you will never hear. There are real heroes who gave up their lives on soils foreign and domestic, and there are the walking wounded–for whom the war is never really over.

And there are people like Michael Reagan–whose heroic acts are unseen by most.

Thank God for our military and their families. And thank God for people like Michael Reagan, who quietly do what they were meant to do–not for praise–but because it’s simply the right thing to do.

From that first meeting until now, Mike has become a close friend. I have tremendous respect for him and what his life stands for. His little-known dream story is worth telling.

That’s the reason I decided for my next midlife dream project that my next book will be about Mike and his Fallen Heroes Project. When I first asked Mike if I could write his story, he was unsure. But ultimately, he agreed. He said that if telling his story could help get the word out so that he could draw more portraits and heal more families–then that’s what he would do.

“It’s all about love and respect. I will never forget.”

Note: *The photos in this story were taken by Trevor K. Chan, a friend of the Gold Star dad pictured.