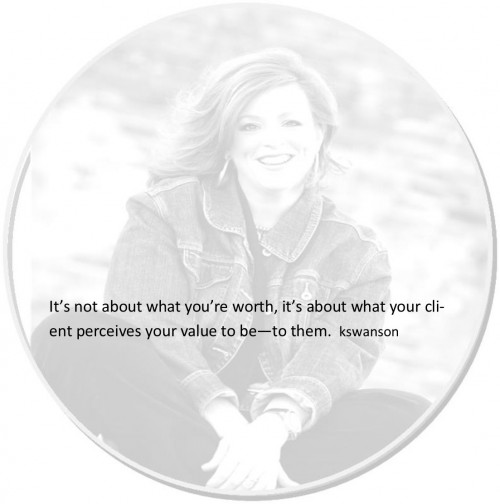 No way this client is going to be able to pay my fee.

They are a non-profit. That means they don’t have much money.

They had her last year? Then they have LOTS of money.

There are only twenty people in the audience. No way they can afford me.

Why You Shouldn’t Assume ANYTHING When Negotiating With a Client

As motivational speakers, we have the challenge of doing more than just speaking on stage. We must also get business and negotiate fees, among other things. The people who come to us represent a diverse range. One moment I will be speaking to the head of human resources for a big corporation, the next moment I’m speaking to a pastor at a church down the street. With this diversity in makeup comes a wide range in budgets.  While there are some speakers who have one fee, take it or leave it, there are many who negotiate based on a variety of factors. That’s me.

I’ve been taught that the first question I should ask (once in the fee part of the conversation – near the end) is “How much is your budget?”  I choose not to ask this question (at least at this point – I reserve the right to change my mind) because I feel like it doesn’t represent who I want to be. It’s the same reason I don’t want to go to a hairdresser and ask how much are hair extensions and have her say, “How much you got?”

So my process is not about finding out how much they have and taking it. But I do want to get an idea of how much they have before I begin to prepare a proposal. I do this by asking a lot of questions, listening, and paying attention to things like audience size, who they had last year, what kind of organization they are, etc.

When you have as many sales conversations as I do, you start to notice patterns. You start to figure out in a few moments, who is going to have the money for your fee, and who isn’t. So you start to assume.  This is dangerous, and that is why I’m writing this post – to warn you to be careful when you start assuming.  This played out recently in my own business.

1. Don’t assume they don’t have the money.

I received an email saying someone had put a hold on my online calendar.  With these holds, I am given some basic information about the event. (The template always asks their budget – they NEVER fill it in.)  When I reviewed the basic information, I said to myself, “There’s no way they are even going to come close to my fee. It’s so far that the expenses will eat anything I will make. This one is really not worth my time.”

Because I had five other people who also placed holds, I decided to follow up with them first, and I let this person go to the bottom of the stack. I have a strict office policy of responding to everyone who reaches out to me on the same day – even if all I do is send an email to touch base. I did not do that with this client. “They can wait,” I told myself. “I’ll just get back with them in a couple of days.” I dragged my feet, and sent a lackluster email a couple of days later, and even quoted my fee in the email (which I never do) figuring I might as well let them know up front that they can’t afford me. And I forgot all about them, focusing on the other clients.

I get an email back a couple of days later from the “no money” client who said, “No problem. We’re pretty sure we can do that.”

Suddenly this client I assumed didn’t have any money, was a top-of-the-list client, and I had shot myself in the foot by treating them like a low priority! Big mistake.

Hopefully I will still get the job. But little things like that can lose an opportunity in this business. I get most of my business because I respond so fast and make the client feel like a high priority. I had broken my own rule.

Never assume your client doesn’t have any money.

By the way….their audience size is 25 people.

And, for the record, one of those other clients with an audience of hundreds, wanted me for free. Which brings me to my next point…

2. Don’t assume they do have the money.

Many of the clients I assumed had money, didn’t. The big corporation that had BIG BUCKS to pay my friend, did not have big bucks to pay me. Why? Because my friend spoke to their sales department, and I spoke to their secretaries.  They placed a different value on each event and allotted different budget amounts.  Just because the company is a big name, doesn’t necessarily mean they have big fees. I have lost jobs because I assumed they had more money than they did.

I spoke at one event and was paid full fee. I recommended a speaker friend to them for the next year. They asked the friend to speak for free. My speaker friend was outraged that they would pay me full fee and offer her nothing but exposure.  The client called me later and said the economy tanked and they lost all their funding. It was simply an issue of not having the money anymore.

I had a speaker friend who was upset because their client only offered them X amount of money.  He was upset because he knew who they got last year and he knew that woman’s fee was three times his fee. “They obviously have the money to hire her,” he told me.  He couldn’t see the truth. The truth in that situation (I knew the client and she told me the truth) was that the woman they hired was a celebrity and it was their ten year anniversary.  This guy was local, a no name, and in their eyes, not the same.   Don’t make the mistake of looking up the speakers they’ve hired in the past and assuming you can match their fees. While it is a good idea to research who they’ve had in the past – it doesn’t necessarily mean they will pay you the same thing, or that they are even considering you for the same slot.

While experience does teach us how to negotiate, and while most of the time when I assume I am right, there are still times when I am wrong. It is still better advice to not assume.

I was riding back to the airport yesterday and the shuttle driver was telling me a story he heard about a man who was out west drilling for oil and not finding it. Most of his people had given up and left. But about twenty people stayed with him and kept drilling. He finally struck oil. Still in his dirty overalls, with smudges on his face and grimy hands, he went straight to the closest car dealership. And waited. And waited. For thirty minutes he waited while sales people chatted and completely ignored him. They assumed he didn’t have money.  Finally he left and went to the other dealership where the salesman came right up and said, “How can we help you sir?” The grimy man replied, “I would like to buy a car for every one of my employees – top of the line – best car you got.”