You Are Here Home » HAPPINESS THROUGH ACTIVISM » Can a Vegan Diet Make You and the Planet Happier? 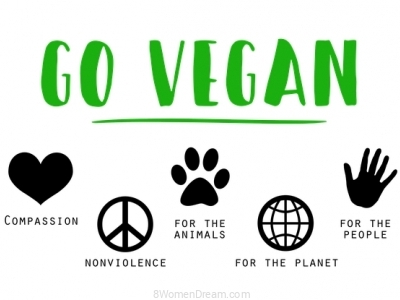 As part of my big dream to be an activist for a healthier planet, I’ve launched “Project Happy FACE,” which refers to four things I am giving up during the Lenten season.

FACE is my acronym for Fish, Alcohol, Cheese, and Eggs. Mainly, I’m not eating anything that comes from fish, alcohol, cheese, or eggs.

When working on a big dream, I have discovered when I create new challenges and adopt positive habits, my happiness, and energy levels expand. I have wanted to eat an entirely plant-based diet for a while now. I decided to officially give up alcohol as well to keep my latest health project as pure as possible.

I realize that for someone people, bacon means happiness. For some people, giving up burgers would be unthinkable. But for me, honoring all life as sacred and caring about where my food comes from is more important to me than eating meat. I haven’t eaten meat, besides fish, for ten years. That part isn’t hard for me. However, giving up cheese feels challenging right now, and I am used to having eggs for breakfast.

Happiness for me is partly found through honoring my body and honoring the earth. 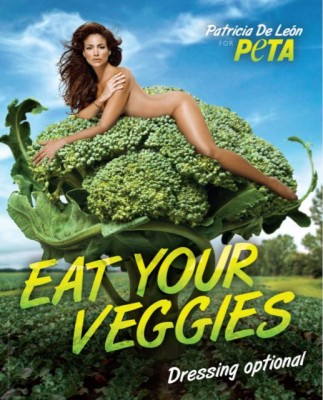 So Many Sexy Vegans!

There are so many sexy vegans who have paved the way for me as I learn more about this lifestyle. For starts, there’s Mimi Kirk, who won PETA’s Sexiest Vegetarian Over 50 award, who is one of my heroes. Mimi eats a raw vegan diet and at 76-years-old is still a beautiful blonde bombshell. Mimi travels the world teaching the natural vegan lifestyle, and inspires the next generation, like me, to live healthily. She is also the author of several vegan book bestsellers, like Live Raw: Raw Food Recipes for Good Health and Timeless Beauty.

Kris Carr is another one of my heroes, who adopted a plant-based diet after receiving a terminal cancer diagnosis. She changed her diet and lifestyle completely, and not only is healthy and thriving but now teaches others how to live this way. Kris also travels and lectures and has published several books, including the Crazy Sexy Diet: Eat Your Veggies, Ignite Your Spark, and Live Like You Mean It!

Lindsay Nixon is another sexy vegan who has written several cookbooks as the Happy Herbivore. I have followed her Happy Herbivore website for years for the fantastic, free recipes. She also offers 7-day meal plans for about $2.50-$5.00 a week for those who want a little extra help in adopting a plant-based diet. There’s even an app.

There is a long list of celebrity vegans and vegetarians. Beyoncé even helped launch the “22 Days Nutrition,” program–a vegan meal delivery plan.

And then there’s my favorite reason to go vegan (from PETA’s list of the top 10 reasons to go vegan in the new year):

“Vegans tend to be thinner than meat-eaters and have more energy, which is perfect for late-night romps with your special someone!”

I am only one week into Lenten season, but so far, I am doing well. I frequent a vegan coffeehouse called “The Brakes” and a vegan teahouse called “Lil Buddha Tea” near where I live in Troy, New York.

I consume a lot of vegan soups and sandwiches, on gluten-free bread, and kale salads, since kale is one of my favorite foods. People tend to worry that you won’t get enough protein as a vegan, but it’s easier than you think, and recommendations for daily protein intake are often higher than is needed.

As a vegan, you can still eat beans, legumes, soy, tofu, tempeh, seitan, and other meat substitutes. Green vegetables have some protein in them, and there are miracle grains like quinoa which is a complete protein. I lift weights, and so require the right amount of protein daily, but I also supplement my diet with protein shakes and nuts (almonds or cashews generally) as a snack.

I often get asked to show my driver’s license when purchasing alcohol which I attribute to my healthy lifestyle habits. I don’t mind it when people think I am under age 21!

My ultimate goal is to eat a vegan diet from now on. The 40 days of Lent will serve as a trial period so I can observe how I adjust to eating this way. I stopped eating meat except for fish in 2005, and I have been ecstatic with the results that change produced. It’s time for me to step things up to the next level. Even the United Nations says that reducing meat and dairy consumption is the best move we can all make for the planet.

Here’s to living healthier and honoring the earth. No matter what your diet or exercise practices may be, may you be increasingly mindful about your dietary choices for the sake of living a long, happy, healthy life while also honoring Mother Earth and working on your big dream.

« Is It Okay to Sell from Stage as a Keynote Speaker?
What Does Love Have To Do With Motivational Speaking? »