You Are Here Home » HAPPINESS THROUGH ACTIVISM » Looking for Happiness? Try Becoming a Vegan and Voila! 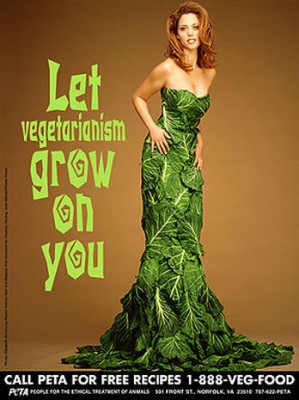 Ten years ago, while living in San Francisco, I made a decision that would forever change my life for the better. I decided to give up eating meat, and I have never looked back!

Honestly, I had thought about becoming vegetarian for years. I had wanted to do it since college, but always had an excuse about why I couldn’t or why it was “too hard.”

I wasn’t a big red meat eater, but I cooked chicken breasts often and ate fish occasionally. I was worried that I wouldn’t be able to find enough creative replacements for chicken that had the protein I thought I needed. I exercise three to four days a week and lift weights, and so I assumed I need a fair amount of protein. I didn’t really know a lot about the vegetarian options out there, besides, say, black beans.

But I knew that San Francisco was a very “veggie-friendly” city, and I knew that if I wanted to try it, it made sense to do so while living in SF! So in 2005, I decided it was finally time for me to go for it!

I was right that San Francisco was a great place to “go veggie.” There are scrumptious vegetarian menu options at just about every restaurant and dozens of restaurants that specialize in vegetarian or vegan cuisine.

There is an amazing Farmers’ Market where I could stock up on produce. There are lots of people who have already made the choice to eat a vegetarian diet, so I didn’t feel unusual or strange.

San Francisco is ranked consistently as one of the top cities for vegetarians and vegans. I quickly figured out my favorite vegetarian restaurants, including Greens, Herbivore and Millennium.

More importantly, I learned how to prepare vegetarian food, and I learned it wasn’t nearly as difficult or complicated as I for some reason imagined it might be.

Actually, once I got used to it, I realized that it was both more affordable and easier to eat a vegetarian diet. This makes sense since steak and fish especially are much more expensive than produce, beans, legumes, lentils, tempeh, and tofu.

It’s funny that most people seem to think that it is incredibly difficult to be vegetarian or vegan when the reality is that it may actually be an easier and more cost-effective way to live. People are just used to what they grew up with, and it can take some time and effort to change a habit. 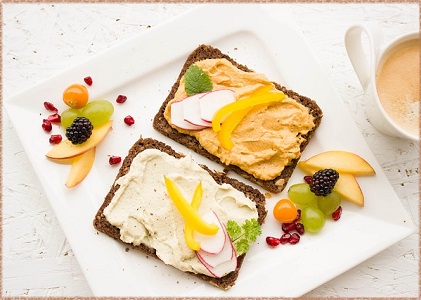 Now that I have been eating a vegetarian diet for a decade, and a vegan diet for nearly a year, it just seems normal to me. It also makes me incredibly happy, because I have more energy, lost weight without trying as a vegan, have clearer skin and feel good about my consumer choices.

And I do appreciate the fact that it seems to be one of the fountains of youth since I look much younger than I am. Many of the “famous” vegetarians and vegans out there, like model Christie Brinkley, look a few decades younger than they actually are.

Sharing What I Have Learned!

Since I love living a vegan lifestyle, I decided to create a program that would help others to “try out” being vegetarian or vegan. Research shows that it typically takes approximately 21 days to form a habit.

So, I created a 21-Day GO VEGGIE! Challenge in which participants can choose to either eat a vegetarian or vegan diet. I made gluten-free options available as well since I also eat gluten free and I know that many people do these days.

I provided everyone who participated with meal plans, grocery shopping lists, recipes, nutritional information, weekly coaching calls during the challenge plus an individual session with me, discounts on some vegetarian products, a private Facebook page for everyone to cheer each other on, share recipes and ask questions. 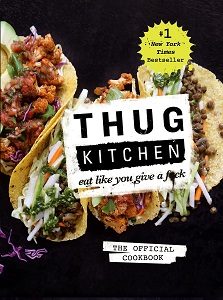 Thug Kitchen: The Official Cookbook: Eat Like You Give a F*ck

It was great fun getting people involved and I felt so lucky to share how wonderful it is to “go veggie” as part of my “work” as a life coach. It’s honestly work that feels like play! It was thrilling to help people navigate the path as they adjusted to a new way of eating.

Becoming first a vegetarian and now a vegan is the single best thing I have ever done for my own health and happiness. I’m honored to be able to share my diet joys with others.

Sometimes a simple change in your diet can create happiness and energy to achieve your big dream! Try it!

« Finding Happiness in Being Thankful
Does your audience care about your message? »