You Are Here Home » WRITE WITH US » President Dreams: I Say Vote for Me 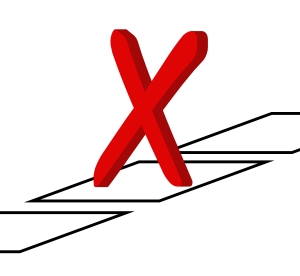 I’m just kidding with that title — especially since those of you over fifty are singing the next line: …”and I’ll set you free.”

NOT! It’s never been my dream to run for office. I’ve been up close and personal with politics, and you would never – I mean NEVER – catch me throwing my hat in the ring.

But if you DID catch me – here’s what my platform would be.

In my humble opinion, this is the single most important thing we need to do to revive the country spiritually, economically, and culturally. I think we have lost touch with the concept of the true marketplace. It’s not a place to make (and hoard) money.

The true marketplace creates a world where excess flows in the direction of need.

2. Give money to people, not corporations.

I am totally lost on why the government gives money to gigantic corporations. I lay this at the feet of both political parties. Most recently, the Obama administration gave a gazillion dollars to a solar company that went belly up a couple months later. And lots of other giant corporations have gotten taxpayer money. Republicans and Democrats alike have given it to them, because they were “too big to fail.”

If ever there were a unifying battle cry for The People, this has got to be it, don’t you think? Surely everyone would doubt the wisdom of  giving taxpayer money to banks (just for one example) so they can live another day to squeeze another dime out of the taxpayers who are supporting them. Right?

My solution: give money to the people, not to corporations.

Does anyone lose? I can’t see it.  Rather, everyone benefits; even if you don’t own a house, having solar panels on your rental saves you a lot of money. And you can plug in your electric car to your solar powered outlet for a lot cheaper than buying gas at the corner gas station.

This is my pet peeve. Public education in this country was designed to train a work force for which we no longer have a need. We don’t need rule-followers. We don’t need fact-memorizers. We need creative, innovative, rule-breaking entrepreneurs.

My teenage children need entrepreneurial skills, not worker-bee skills. They need to engage. They need to indulge their curiosity and learn how to learn, even if they don’t know exactly how what they’re learning ultimately fits with what they’re going to do for a living.

The workforce of the future will not have jobs the way their parents and grandparents had jobs.

They’ll freelance. They’ll have many jobs, sometimes more than one at a time. How they market themselves, manage their workload, and contribute to their various employers involves a set of skills that no one is teaching right now.

And on top of that, the way we currently deliver public education is too expensive. It doesn’t need to be this expensive! We have technology now – technology that can engage large groups of students without bricks and mortar and bloated bureaucracy.

4. Change the nature and structure of work.

I saw a bumper sticker today that said something like this: Labor Unions. The people who brought you the weekend.

I asked myself, is that a good thing, or a bad thing?

True, before there was a weekend, people worked seven days a week. It was grueling and debilitating to work on a schedule like that. So, from that standpoint, weekends = good.

But now, we live in a world where results don’t necessarily equal seat time. The 40-hour work week is not only antiquated because of how fast we can generate results; it’s unsupportable. We have more people entering the workplace than we have jobs. And…a weekend? Too short. Do you know ANYONE who has ever said, “The weekend was just way too long?”

The weekend is too short in this day and age.

Plus, we have more people than we have jobs. We can keep the excess people on unemployment, or we can figure out a way to get them back to work. Hey! I have an idea. How about a 4 day work week? You could employ 25% more people that way.

And you’d also give people the time to do more than work for a living. Society needs more from us.  It needs us to volunteer. It needs us to be informed. It needs us to raise children, grow gardens,  spruce up houses,  and invent things. In a capitalist society (as distinct from a capitalist economy), we only reward work for pay, and that’s short-sighted. We should transcend that model so many kinds of work are honored – not just the ones that someone pays us dollars to do.

I recently went back to school to learn web design and graphic design. I was pleasantly shocked to discover that I am on the dean’s list with highest honors.

I’m a smart person. At 19, I could have been on the dean’s list with highest honors; but I wasn’t. Why? Because I had other stuff that I wanted to do more  than I wanted to study.

I wanted to date. I wanted to experience living on my own, making my own random and questionable decisions. I wanted to order margaritas of many flavors at the bar down the street, and spend my part-time income on Love’s Fresh Lemon and Bonne Bell lip gloss. I wasn’t thinking about the value of my world-class education. I was taking it for granted.

When I think about what prepared me to respect and appreciate the education I’m getting now, as distinct from the fine university education I theoretically got 30 years ago, the difference is life experience. Back then, I went straight from high school to college, do not pass go. I had no life experience. Everything was a lark, and the world was my oyster. Now, not so much. I have worked hard. I appreciate things much more.

So that’s my proposal.

I think kids out of high school should have to do some kind of mandatory service, so they’ll be able to appreciate the education they get later – whether via college or via work experience. We need a cross between the Peace Corps and the Depression-era Civilian Conservation Corps, where high school graduates can run state parks, fill potholes in community streets, feed the hungry, and grow community gardens.

We need apprenticeships, where kids can try out practical trades and learn how to troubleshoot and fix things.

So that’s my five-point platform. There’s no foreign policy in it, not because it’s unimportant, but because I’m not really focused on that right now. I’m focused on reviving the nation, one person, one family, and one community at a time. What do you guys think?

If you were running for president, what dreams would you try to achieve?

« 5 Principles To Help You Market Your Dream
Remembering 9/11: Moments that Define Your Big Dream »