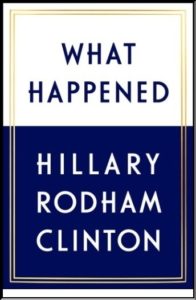 What Happened By Hillary Rodham Clinton

One year ago over Labor Day weekend, I got the first two of three job offers I would ultimately receive from the Hillary Clinton presidential campaign.

In August 2016, I had decided that I could no longer sit on the sidelines while this woman, who I personally know to be one of the most brilliant, hard-working, dedicated, and kind people I have ever met, was fighting to protect our country from a racist, misogynistic, xenophobic, narcissistic con man.

I used to plan events for Hillary in upstate New York when she was my U.S Senator.

Working for her was incredible.

She cared deeply about making a difference for our community, worked incessantly, never hesitated to go the extra mile, and was incredibly gracious to me and everyone who met her.

To watch people on both the right and ultimately the left so gleefully demonize her was both frightening and devastating because the caricature portrayed by the media and the far right and the far left is nothing like the Hillary I know.

I’ve never seen people direct so much pure hatred towards a person who literally dedicated her life to serving others.

I ultimately accepted the campaign job in Philadelphia.

I’m proud to say that 96% of my ward voted for her, and we won in Philadelphia by nearly half a million votes. I chose Philadelphia over Trump territory in Ohio because for 22 years big Democratic wins in Philadelphia had kept Pennsylvania blue.

Even though we turned out more votes for her in 2016 than for Barack Obama in 2008 or 2012 in Philadelphia, it still wasn’t enough to keep Pennsylvania blue this time. Between Russian interference in the elections, James Comey’s letter 10 days before the election, Russian bots, gerrymandering, successful voter suppression of minorities, and the unfortunate reality of racism and sexism in this country, she did not emerge as our president, even though she won the popular vote by almost 3,000,000 votes, despite all of these factors.

I am sometimes still bothered when people who actively demonized her and refused to vote for her now whine about Trump. Yes, I think he’s horrible. Yes, she would’ve made a much better president. While I’m glad that some people may have figured that out by now, it would’ve helped if they would have voted for her. 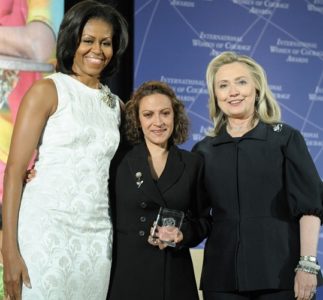 Yet here we are, with Trump working to deport the Dreamers, rolling back Obama-era regulations that protected the environment and workers, antagonizing a crazy dictator in North Korea, working to dismantle civil rights and women’s rights, and generally being a global embarrassment.

It didn’t have to be this way.

I hope the people will think a little bit longer and harder in 2018 and 2020 about what they really want for this nation. I’m not sure we can survive eight years of Trump. You may have to vote in 2020 for a Democratic candidate who you do not find to be flawlessly perfect or help to empower this man again.

I can at least say that I did everything I could. I worked 15 hour days, seven days a week, for those two months leading up until the election. I gave it my everything. We did our job right in Philadelphia.

I have been energized by the incredible resistance movement and thrilled to see people becoming more civically engaged. That said, we have to stay alert, awake, aware, and in action. We can’t afford not to at this point. 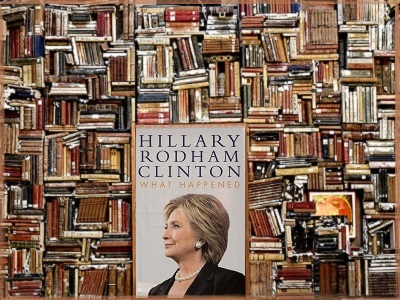 She is a dazzlingly brilliant policy wonk who truly understands federal policy at incredibly complex levels and had the experience needed to be a true leader and commander-in-chief.

If you contributed through your action or inaction to Donald Trump becoming president, I hope you take a good look in the mirror.

Think about those children who were brought into this country who are students and contributing members of our economy who Trump wants to deport to countries they have barely known, and which in some cases are incredibly dangerous places to return to.

What I see is that Trump is incapable of leading or creating something positive or lasting, so he simply weeks havoc and destroys. He creates chaos. In my opinion, his legacy will be one of hatred and destruction.

If you sat at home in your armchair and gleefully hated Hillary Clinton, but haven’t dedicated your own life to service, take a good look in the mirror. Everyone even now loves to blame Hillary. You may notice that past male presidential candidates who did not win were not relentlessly blamed for their own losses.

But a woman is.

I think it’s pretty safe to say that Hillary Clinton has contributed more to the world than you have, and worked her ass off for years more than anyone I have ever known.

If you are inclined to blame her for the state of the country now, but your action or inaction contributed to getting Donald Trump elected, take a good look in the mirror. And decide what you are going to do better, now.

Because I hate to break it to you, but no one on planet earth worked harder to defeat Donald Trump than Hillary Clinton. She did her part. If you didn’t do your part last time around, get to work now.

Lisa Graham originally posted these thoughts on her popular Facebook Page. It has only been edited to remove the F word as readers have been sensitive its use in the past. The views and opinions expressed in this article are the author’s own and do not necessarily reflect the views and opinions of 8WomenDream.com, its owners or representatives, its advertisers, and those opinions or views of any/all contributors to the 8WD website or associated social media accounts.