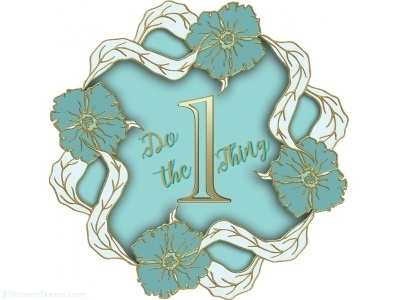 In three 8WomenDream posts, we outlined How to Set a Plan to Change Your Life to Live Your Dreams, Warning: Perfectionism Stalls Progress on Big Dreams, and The 1st Step to Dreaming Big Dreams–the first steps to launching your big dream.

But after reading them, you may still be asking yourself: Where do I start? How do I know this dream is right for me? How do I know if this is my one dream?

You know with certainty that what you are about to do brings you joy. If you think about The 5 Stages of Change, the beginning of your dream is your pre-contemplation stage–the time spent exploring what it is that you want.

Will your big dream really bring you joy?

I am not talking about the “If I make a lot of money at it then money will make me happy” kind of nebulous, general joy. I am talking about the type of satisfaction that comes from loving something specific, so specific that you will be motivated to get up off the couch and do what you need to do to make it come true no matter what happens.

Joy is a great motivator when directed at something specific.

To move forward on your dream, it needs to be specific, measurable, attainable, realistic, and timely (it must have a starting point and ending point). Without these parameters, you will float along, never really accomplishing anything toward your dream.

You have to love your dream idea to the point where you will walk through fire to achieve it. You have to love to do your one thing so much that you won’t give up on it no matter what gets tossed your way.

You have to know in your heart that you will stay with your quest.

For example, if you dream of being an influential blogger, you have to ask yourself what is the one thing you would love to write about over and over and over again. You must be passionate about your chosen subject–maybe friends have been telling you to write about it, and you’ve ignored them. It’s often a sign others see what your passion is when you don’t.

To be influential at blogging, you have to be an expert at one thing. Being considered an expert requires that you do the same thing over and over until you are an expert. The expert you become must also evolve into an expert storyteller to write creatively about your one subject again and again.

Think of it as loving your dream so much that you must share it until the world is sick of it.

But before you run out and buy that domain name and do all the work involved in creating a top blog, you have to honestly ask yourself if you will post articles on the same subject at least three times a week for the next four (or more) years. Can you show up and write about the same topic for years on end until the world recognizes you as an influencer?

Best-selling author and social psychologist, Malcolm Gladwell was one of the best middle-distance runners in Canada when he was a teenager. He often tells the story of the moment when he knew he was not going to go to the Olympics like most thought he would.

Malcolm did not go to the Olympics and instead turned his attention to social psychology and writing. What he understood about his choice at the hill is that those two friends wanted the Olympics more than he did. Gladwell saw that they were more motivated runners because they still wanted to run up that hill.  He didn’t.  To run in the Olympics was their singular dream, whereas Malcolm had other dreams he liked better that gave him more joy–like writing.

If you aren’t sure about your one thing and don’t know what to do, you can download a free copy of my e-workbook, “Find Your Dream,” to help you get in touch with the one thing you love.

« How a Julia Child Kitchen, Fresh Crab and a Stock Pot Create New Resolutions
Monday Off: Top 8 Travel Destinations I Fell In Love With »