You Are Here Home » TRAVEL THE WORLD » Travel dreams in Ireland

Welcome to travel dreams Saturday and I am just back from Northern Ireland. Green fields dropping down to the sea, dramatic sea cliffs, gorgeous beaches, and friendly pubs: it was everything a trip to Ireland should be.

I was there during a more-than-usually (in the past few years anyway) confrontational July 12th Orange marching ‘celebration’. My trip was completely unaffected by the troubles but travelling around I could not help but notice the powerful use of banners, signs, flags and symbols used by ‘nationalists’ and ‘unionists’ to promote their cause.

So my photo essay is a little different today. I will bring you lovely photos of idyllic Irish scenery in the coming weeks (and some Game of Thrones movie locations) but for this post I want to share some of the signs and symbols of Northern Ireland. Signs are, after all, very important to the traveller – providing navigational aid as well as an insight to the culture of a place. 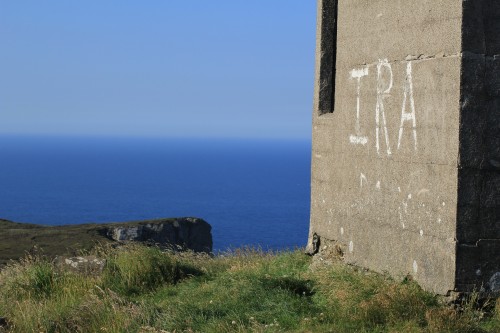 There are flags everywhere for the annual marching to mark the conquest of Ireland by the English King William of Orange in the 17th Century. Red white and blue flags for the unionists and (rarer) Irish tricolours for the nationalists. It’s not just the flags but the street lights, kerbsides and roads that also get painted. 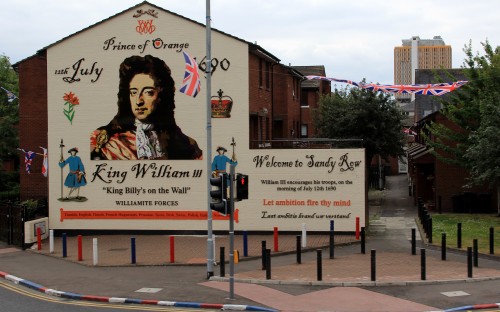 Then there are signs and murals. The ‘No Surrender’ in this sign over the entrance to a village refers to the Siege of Derry, where a group of apprentice boys barred the gates against the invading English army. When the King demanded they “Surrender or die” they issued the famous retort “No Surrender!” 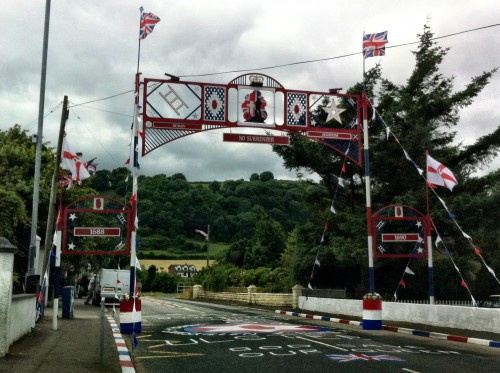 The walled city of Derry – or Londonerry if you are so inclined – was one of the original Plantation cities, where the native Irish were expelled and a garrison established to protect the Anglo-Scots settlers. Here is shot of the city’s coat of arms on the gates of the ancient cathedral. The castle, the skeleton, the gold harp and the arms of the City of London (red cross and sword on white). The motto is “Life, Truth, Victory”. 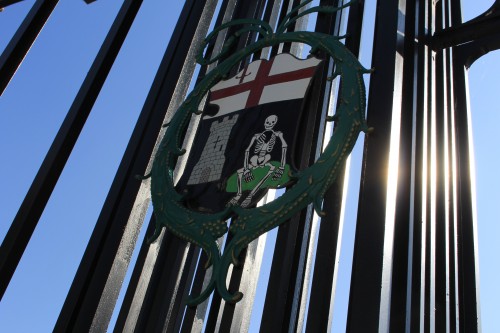 In Belfast’s Shankhill and Falls areas there are many political murals commemorating events from the troubles. Here is the international wall, where political causes from around the world are also highlighted. 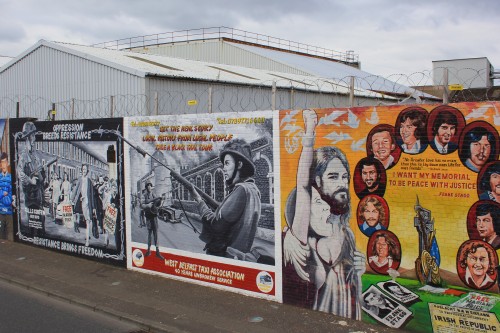 But there are also some symbols of hope. In 2013 Derry is one of the European Cities of Culture and one of the major investments in preparation for the year-long celebration of the arts has been the construction of the Peace Bridge.

This magnificent span across the River Foyle connects the largely unionist ‘Waterside’ with the largely nationalist ‘Cityside’ and, by improving access, is part of wider regeneration plans, particularly for the previously desolate Waterside. 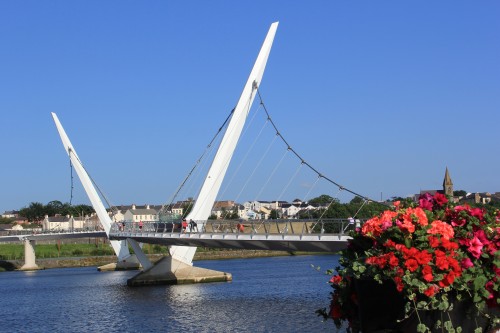 Derry is a wonderfully attractive city to tour, packed with fascinating architecture and history. I hope this symbol of hope heralds good things for Northern Ireland in the years to come. It is certainly a great place to travel.

« How to Photograph Men
A Dreamer Inspired by Nelson Mandela »