You Are Here Home » TRAVEL THE WORLD » Do You Have a Germany Bucket List as a Travel Dream Destination? 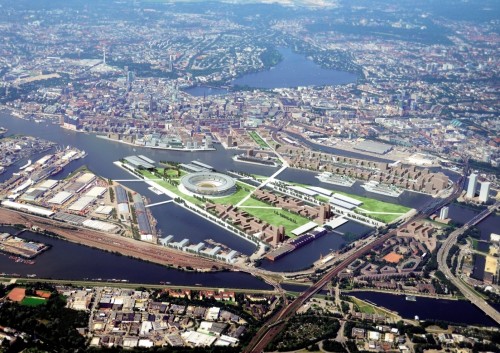 Hamburg is Germany’s Nominee for the 2024 Olympic Games – image: PRNewswire

This week, the General Assembly of the German Olympic Sports Confederation (DOSB) voted in favor of Hamburg, Germany as the official German nominee for the 2024 Olympic and Paralympic Games. The north German city of Hamburg prevailed over the city of Berlin and aims to present games with short distances, on the water and in the heart of Europe’s second largest port.

In honor of Hamburg Germany being put forth as an Olympic city contender, here are 8 things you can do in Hamburg, Germany if you have a Germany bucket list:

The Alter Elb tunnel is a Hamburg landmark, a tourist attraction and a historical monument.

The Hamburger Kunsthalle is an art museum where 200 masterpieces are a part of the permanent art collection.

Home of the Hamburg historical Town Hall in the middle of the city centre.

The historic district of Hamburg that gives you a glimpse of what life was like in Hamburg in the 17th century.

There is no longer fish in Hamburg, but this open air market is a popular attraction.

A river cruise is a great way to see the city by taking one of the many day cruises offered, with boat operators departing from the Landungsbrucken pier to for the River Elbe.

Planten und Blomen is Hamburg’s most popular park–considered an oasis in the middle of the city.

If you haven’t already, be sure to make Hamburg a part of your Germany Bucket List.

To your travel dreams!

« How To Memorize A Speech
Our Mentors: An Unexpected Friendship with JA Jance »