You Are Here Home » TRAVEL THE WORLD » New Zealand Travel: Locations From The Hobbit Movie 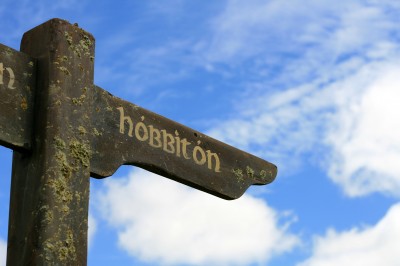 As part of my dream to travel the world to visit every location listed on my bucket list, you might be surprised to learn that a few of the locations are places where movies were filmed.

Have you seen any of the Hobbit movies yet? Even if you haven’t you may be aware that one of the bigger stars of the movie was the landscapes filmed in a little country at the bottom of the world: New Zealand.

I received a Christmas card from my mother-in-law in New Zealand that was postmarked “From Middle Earth.” Does that give you an idea of how big a deal the Lord of the Rings and the Hobbit movies are in New Zealand?

The Hobbit: An Unexpected Journey topped the US box office for its first three weekends in cinemas, demonstrating the appeal of both the story and some clever film making, even for those who have never read JRR Tolkien’s iconic fantasy novel. 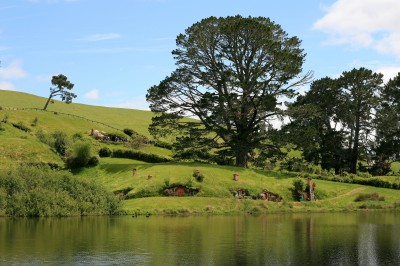 New Zealand’s fabulous landscapes have provided the setting for the filmmakers’ Middle Earth in both The Hobbit and the Lord of the Rings trilogies. As a result, tourists have flocked to visit the film locations and enjoy what is for many people like myself a dream travel destination.

From the rolling green hills of the Shire to the snow-capped Misty Mountains, New Zealand is the perfect place to bring Tolkien’s world to life. You can go on all sorts of tours to see the locations and the gorgeous scenery but as a New Zealand native let me introduce you to a few of The Hobbit film locations I know and love.

First stop is the rich farmland of the Waikato province (where your faithful travel blogger happened to grow up). Rarely on the New Zealand tourist trail in the past, it is now home to an unusual attraction. The Hobbiton film set built for the Lord of the Rings Trilogy, then repaired and expanded for the filming of The Hobbit trilogy is tucked away on a privately owned farm. 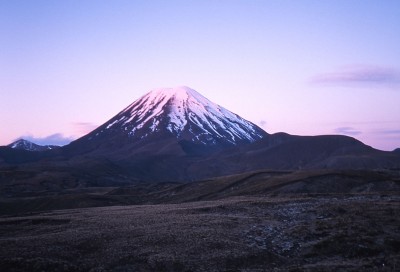 A partnership between Lord of the Rings and Hobbit director, Peter Jackson, and the farm owners have turned the Hobbiton film set into a charming tourism magnet. Visitors can experience “the real Middle-earth.” There’s guided tours, a gift shop, and the famous The Green Dragon Inn.

Traveling south in New Zealand you’ll come to the central plateau of the North Island.

The volcanic landscapes and mountains offer marvelous hiking, climbing, and skiing for the outdoor enthusiast. In the Lord of the Rings and Hobbit films, the North Island area is the location for Mordor, Emyn Muil, and Mount Doom.

Mt Doom itself is played by two mountains – Ngaruhoe and Ruapehu. 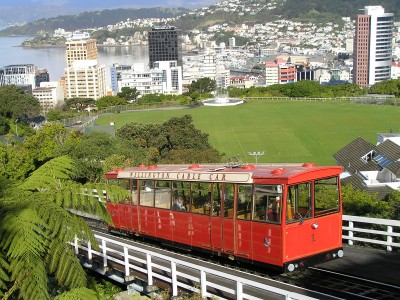 The city of Wellington is the capital of New Zealand and is located near the North Island’s southernmost point on the Cook Strait. Wellington has been dubbed “Wellywood” due to some of the world’s biggest movies being filmed in the region and the city has played host to many famous movie stars over the past decade.

Wellington is the home of Lord of the Ring and The Hobbit movie director, Sir Peter Jackson, and also home to the Weta Workshop studios responsible for many of the amazing special effects in the films.

A surprising number of scenes were also filmed around Wellington, particularly on Mt Victoria. The city has created a guide to show off its sights from The Hobbit, Lord of the Rings and other movies.

Heading across Cook Strait to the South Island of New Zealand reveals the country’s most spectacular scenery. 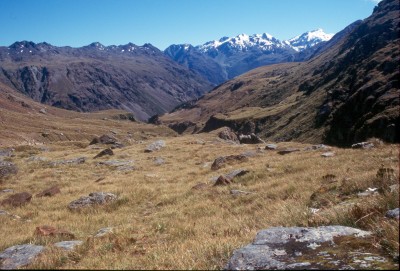 The area around Twizel and Tekapo in the Otago Province’s MacKenzie country played host to the filming of the epic battle at Pelennor Field, as well as the scenes in An Unexpected Journey where Bilbo and the dwarves escape orcs and wargs.

Also in this region is the Mt Cook/Aoraki and Mt Aspiring National Parks, as well as the lakeside town of Wanaka.

There was a film-base at Wanaka’s Treble Cone ski field and here in the remote and high country were filmed Gandalf’s flight to Rohan with Gwaihir after his rescue from Orthanc.

Also the River Anduin, the Pillars of the Argonath were filmed in this southern lakes region. 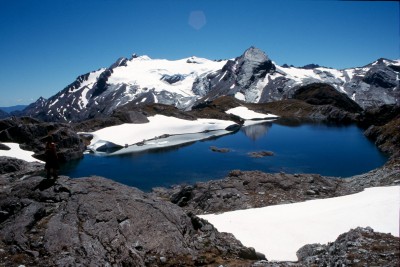 The Lindis Pass featured as part of Fangorn Forest and then over the Crown Range is Queenstown, overlooked by The Remarkables mountain range, which stood in for Middle Earth’s Misty Mountains.

From Queenstown it is an easy drive out to Glenorchy and the valley of the Dart River, passing location settings for Ilithien and where the Amon Hen scenes were filmed. 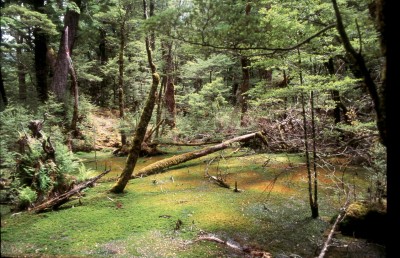 The township of Te Anau beside its picturesque lake was a base for a number of scenes in LOTR including the River Anduin, Fangorn Forest, and the Dead Marshes.

It is easy to lose yourself in a Tolkienesque fantasy, just one more reason New Zealand continues to be a world travel bucket list destination. If the cost of flying to New Zealand is keeping you from visiting consider saving paying for your international flight 47 days before your flight date. It is said that 47 days is the magic number for the cheapest flights. If you can fly mid-week it also brings the cost down significantly.

So what are you waiting for?

« Fitness Dream Myth: Willpower Is All You Need
Do Not Let Your Old Junk Screw You Out of Your Dreams »