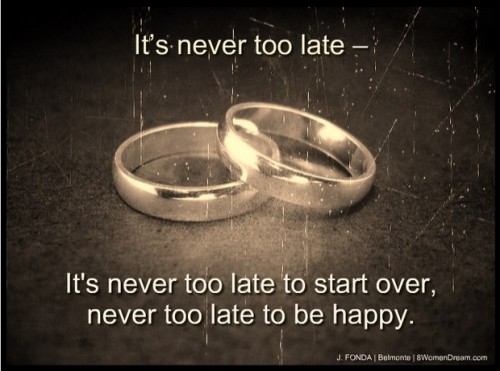 She wore a blue silk suit and arranged the bouquets herself.

He looked boyish, grinning ear-to-ear, holding his new bride’s hand. Everyone agreed that she was glowing.

They danced to their favorite song, Glenn Miller’s Moonlight Serenade. She was a modern woman, and she had married a younger man.

Last weekend, I went to Ve and Don’s wedding in Delaware. For anyone who’s ever thought they were too old to fall in love, or to live their dreams, I challenge you to think again, and be inspired by Don and Ve.

These two started corresponding less than a year ago on a seniors’ online dating Website.

Both had been married previously for more than 50 years, and both had nursed spouses who were convalescing for years. Both were widowed in the past decade.

On the 4th of July last summer, Ve traveled to Delaware to visit Don and was introduced to his whole family. Don had told his daughter Kathy that he’d met “the one.”

In November, he proposed. She was shocked.

When I talked to Ve two days after the wedding, I asked if she was still floating on the clouds. “Why wouldn’t I be?” she said.

“I think we’re going to do just fine,” she added. 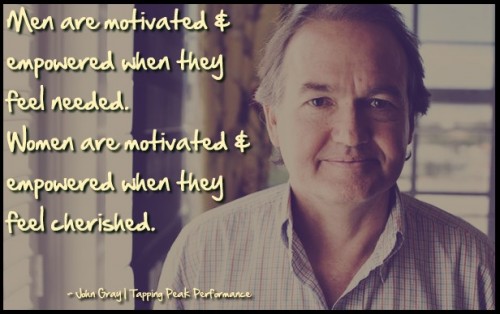 No Age Limits On Our Dreams

Ve and Don give me hope that with a vision of what we want, and inspired action, we can create and live our dreams, at any age.

And frankly, I needed a dose of inspiration this week! Honestly, it has been challenging to get writing again after all my travels and time away from my regular writing schedule.

I’m committed to sitting down to write at least four days a week and need to write 20 more pages before I meet with my writing coach in February. In fact, I just wrote five new pages today.

I don’t generally suffer from “writers’ block,” although sometimes what I write is dreck. My first drafts are not generally Pulitzer Prize material. Sometimes, I just need to get something down on the page, knowing I can return to it later to slash and edit.

That’s the space I’m in right now with my writing.

Writing requires putting the time in – sitting my duff down at my desk and doing it.

Nothing happens without getting ourselves in motion — all dreams without action are simply pipe dreams.

Which is why Ve and Don are so inspiring. These two had the courage to get online, seeking love, after losing the first loves of their lives.

They did not let their age or life circumstances stop them from believing that they could find love and companionship again. And they found it.

I believe in the power of intention — deciding what we want, and holding a vision for it – and in taking inspired action.

Can you take some inspired action toward your dreams this week?

You never know when or how things will happen. Have faith that it is never too late to find love, or to live your dreams.

« Finding Happiness Through Dream Ups and Downs
An Apology To Women »