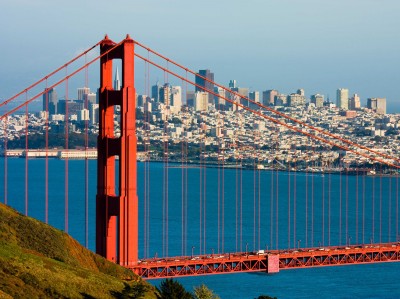 Einstein became a Buddhist at the end of his life, or so said the man sitting next to me at the Thai restaurant on Church Street.

I was enjoying a solitary lunch, quietly eating my salmon with ginger, writing in my journal, sipping my tea. He was at the table for two to my right, across from a teenage boy with ruffled hair who looked like he’d rolled in on a skateboard but who talked like an Oxford scholar.

I didn’t intend to eavesdrop, but the conversation was intriguing.

They talked about the idea of a supreme being, how things are not random, how Einstein recognized that. They tossed out complex math and physics concepts as if these were everyday lunchtime topics, like bantering about the latest office or Hollywood gossip.

I thought to myself, I am going to like this neighborhood!

They talked about love, about how you can test a theorem through a mathematical proof but you can’t “prove” how much you love someone–yet people try to weigh the amount of love they’ve received as if on a supermarket scale. How many pounds? How much per pound? Ah, if only love were as simple as buying groceries.

Moments like this–accidentally overhearing little gems of wisdom–are happy surprises for me, like walking into a shop and being offered free chocolates.

As a reasonably new San Franciscan and a Bodhisattva-wannabe, I have this theory that San Francisco is a city of spiritual convergences, that there is an energy here that attracts spiritual seekers. I am quite sure I am not the first, or even the thousand-and-first, person to put that theory forward. But there it is.

I like this definition of converge: “to tend to meet in a point or line; incline toward each other, as lines that are not parallel.”

That makes sense to me, to think about all of us in the city as lines of energy, or vectors, moving toward our goals and destinations, sometimes meeting at a point or crossing paths, making crosshatched patterns when we intersect in crowds or at parties or even while making eye contact, crossing the street.

Zap! Did you feel the energy? 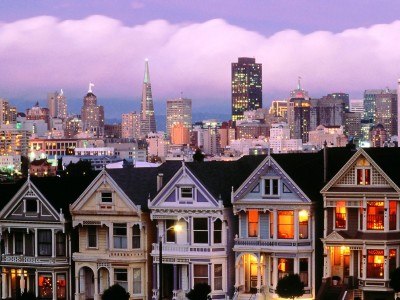 Sometimes we create jagged lines, zigzagging patterns, sometimes circles or waves of harmony, when two or more of us are “in-synch” about a thought, a plan, a night out. This can produce “aha” moments, or drunken hysterical laughter, and that sense of belonging to a group or a partner.

We get the joke. We feel at home. This is our place.

We converge at a moment in time.

But enough of the physics and math talk. I just like living in San Francisco. I didn’t think I’d end up here. I moved here for a two-month work project and ended up leaving the East Coast behind, as well as my husband.

I subtracted myself from the two-part equation called marriage, you might say, which is a long, semi-tragic, and yet very ordinary story that perhaps you will overhear if you sit next to me at a Thai restaurant someday.

These days, a year and a half later, it feels good to simply walk these hills. It feels good to celebrate on Sundays at Glide Church, the most diverse church in the country.

“If God made you, we want you,” Reverend Cecil Williams announces as you settle into your pew next to a homeless person or former Mayor Willie Brown.

No formula to fit into here, nothing to worry about or weigh–just show up, just be.

I like living in this neighborhood, walking down Chenery Street to where it ends at 30th and cutting over to Church along the Muni streetcar line. I like crossing over the curving streetcar tracks and walking past the mounds of mangos, 99 cents each, squash for 69 cents a pound, at the corner market, past St. Paul’s Church where Mother Teresa formed her U.S. novitiate, wandering up the gently rising street past Toast and Chloe’s and antique shops and nail salons to reach 24th Street.

I like walking into Phoenix Books and getting that feeling that a book made its way into my hands for a reason, that it called to me from the shelf. I like learning that the author of a book I just bought, San Francisco As You Like It, lives in the neighborhood.

I loved finding Rainer Maria Rilke’s Duino Elegies, rapturous verses that I devoured during my days as a clove-smoking English major, on sale at Cover to Cover Booksellers for five bucks.

Before moving to Noe, I frequented City Lights bookstore in my old neighborhood. I used to live in North Beach, two blocks from Washington Square at the foot of Greenwich and Lombard streets. From the bay window in the front room, I could watch the cars snake down crooked Lombard Street, watch the sky turn cerulean at twilight. I would sit on my couch with a glass of wine and watch the view, rather than TV. This city is that delicious to me.

I was pleasantly surprised two Christmases ago to discover that I actually have roots here. I thought I was a first-generation San Franciscan. Turns out that my grandmother’s grandmother lived on Telegraph Hill. Her family had moved here from Ireland to work on the Pacific end of the railroad.

If there was an earthquake, they were supposed to hold hands and run to the top of the hill. I got chills when my grandmother told me this. No one in the family, including her oldest son, my father, had heard this story before. Yet I had chosen to move here, drawn with a kind of homing instinct to the very neighborhood where my ancestors lived.

Last summer, I left San Francisco for six months to travel, and returned with a new outlook. I needed a new apartment to match. The housing angels must have been hovering; Craigslist delivered a two-bedroom Noe Valley gem within a week.

I write this from my sunny home office on the second floor at the top of a hill on a quiet, cozy residential street. At night from the living room window, the city spreads out before me in neat diagonal rows of light like the Lite-Brite game board of my childhood.

In the mornings, I drink my tea on the back deck, sometimes with a book, sometimes just taking in the view. My landlords have cultivated a garden full of succulents with striking accents: a wild tangle of miniature daisies, delicate coral bells, spiky burgundy flowers with petals like a punk hairdo.

At the rear of the garden, there is a colorful statue of the Virgin of Guadalupe, head bowed, hands in prayer position. The space is quiet, contemplative, an oasis in the city.

I don’t think it’s random that I ended up here in Noe Valley, or that I sat next to a man and a boy who were talking about Einstein, one of my favorite intellectuals and humanitarians, with his belief in miracles, his wild hair and kind eyes.

This is a city of convergences rather than parallel lines. I love the sweet geometry of it. 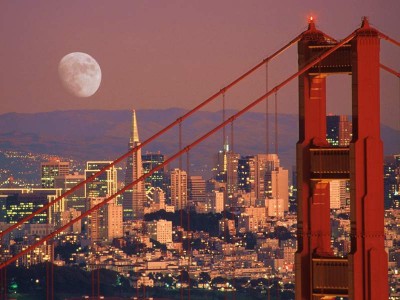