You Are Here Home » WRITE WITH US » A Fast Track to Dreams: Things Going Wrong 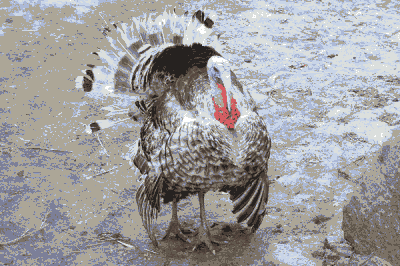 Today, O Psychic One woke up with a bad case of conjunctivitis. It made me realize that things going wrong put one on the fast track to  dreams  – way more than things going right.

You see, in the midst of the whirlwind of housecleaning I thought I needed to do to get ready for Thanksgiving, I found myself unavoidably spending 3 hours in the emergency room.

I had plenty of time to look on the bright side, which I did by going through my mental list and crossing out things I now will not have time to do. I realized I was thankful that I will not have time to shampoo the carpet in the room where people never go. Also I’m glad that I will not be able to rearrange the pots and pans so that when I open the cupboard  to take out a sauce pan it will give the misleading impression that I am a careful housekeeper. Further, I’m glad that there is no chance that by Thursday at 1 p.m. I will have finished the reupholstering job I started three months ago.

Don’t you find that on Thanksgiving you try to be thankful for things that are going right?

This year, I’ve decided to be contrary, because it’s things going wrong that put us on the fast track to dreams.

Don’t get me wrong, I’m in full support of GMO labeling. But I’m grateful the initiative failed. Monsanto and other food industry giants poured upwards of $45 million into California advertising starting just four days before the election and succeeded in eroding the 62% inclined to vote in favor down to 47%.

I don’t know about you, but it really ticks me off that months of grassroots organizing, personal networking, and good old fashioned spreading the message were undone by a big pile of cash. But here’s the great news: by forcing Big Food to spend money, we now get to learn exactly who the opposition was.

Living as we do in the information age, we all have access to specific company names and brands. And that means we can stop buying the offending products. There is way more than one way to skin a cat.

Wait, don’t hurt me. I’m thankful because I think it’s high time we changed the way we think about jobs and money. Our whole culture is built on consumption, which requires money, which requires working steadily at a compensation-based job – often, more than one job. We’ve lost touch with ways of being productive and making a contribution that don’t revolve around getting a paycheck.

Things like growing a garden, or volunteering in the community, or being politically involved, or becoming well-read and continuously educated – those things all take a back seat to getting paid. I’ve lived that life, and it’s not very fulfilling. I want something different for my children. So I’m glad there are fewer steady jobs for more people. It means we might have to redefine how to live and what really matters.

I am shocked that I would say this, because my baby has struggled with his weight for the last five years, and it’s been extremely hard on his health and his psyche. But I’m thankful because three weeks ago, he turned on a dime. He came to me and said he was cutting out all processed food, all soda, and all added sugar, salt and fat. He decided he would get 30 minutes of exercise every day, as a start.

And from the moment he made that commitment to himself and told me about it, he has not wavered from the path. So far, he’s lost so much weight that his doctor told him he needed to slow it down a bit, because he’s still growing. When I ask him if he finds these changes difficult, he says: “No, Mom, it’s actually easy. I don’t want to be that overweight kid any more.  In a year, I’ll weigh 80 pounds less than I weigh right now. When I think about that, it’s easy.”

I am grateful that O Psychic One, at the tender age of 14, is experiencing the pride of making a choice and sticking with it.

Again, this has been a painful one. Sir Empath is a bright kid, but he just could not get engaged in school. The transition from 8th grade to high school was hard on him, and he never really got any traction. In fact, he lost some serious ground. Finally, in desperation, I took him out of school and put him in a virtual online school. Still, he foundered.

Then, right around his 17th birthday, he told me he realized he has never really applied himself to anything, so he really doesn’t have any idea what he is capable of. And since that moment he has been entirely self-motivated. I never have to ask him to do his studies. He’s on it every day. Without direct teacher supervision in a classroom, without me prodding him, just by his own wit and will power, he is learning and succeeding.

It occurred to me the other day that what he’s doing is not unlike going to college. Every day it’s his choice to make, and every day he’s making the right choice.

What do you think, Dreamers? Is it too weird to be thankful for things going wrong, since that’s a fast track to dreams?