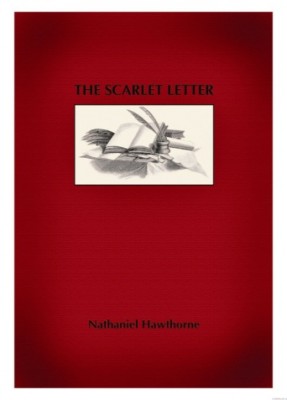 There is this belief among the top bloggers online that if you don’t receive hate mail then you probably don’t matter and you most definitely aren’t successful.

Some top bloggers have become famous for their hate mail, most especially, Heather Armstrong of Dooce fame, who put up the website, “Monetizing the Hate” where she posts her hate mail for all to see. For example:

“I’m just a little angry. I went to your website. I read from the archives. Something about wanting to tell your bishop something about “how many sex positions you were in before you got married, while drinking a coke and wiping your mouth with your bikini top”. Are you kidding me? Who are you? Satan’s mistress? Where in “hell” and I use this word literally- do you get off trashing bishops and woops, sorry-the actual church of Jesus Christ?”

Um, yeah. I won’t even touch that.

Recently, 8 Women Dream was deluged with hate mail from a particular group of furry-loving women who read a very, very old story on 8 Women Dream, came to their own conclusions (much like the commenter above) and decided that 8WD would make a perfect target for their diatribe and bullying tactics. (I think they need to go read that I am a redhead).

But I have to admit to you that I was caught off guard by this round of hate mail because when I first began 8 Women Dream, some top bloggers warned me that my site could become a success and thus targeted with hate mail, I laughed at them because I thought, “Who would hate a dreamer? We are about everyone. Come on! NO WAY.”

And I thought maybe I would receive MAYBE one piece of hate mail every few years or so.

Wake up and smell the blogging coffee, Catherine.

Out of seemingly nowhere the hate emails came flowing in to my inbox.  I smiled to myself as I thought of Penelope Trunk from Brazen Careerist and some of the hate mail I’ve seen about her as I bulk deleted my current batch –

“I’m not a Penelope Trunk fan. I’ll say that right up front. I consider her to be a narrow-minded opportunist who doesn’t account for differing personalities and the vagaries of situations. Everything I’ve ever read or heard from her seems predicated upon the notion that her experiences are the only valid ones and her diagnosis of situations are therefore the Righteous Truth. It strikes me as odd simply because it’s the point of view one most frequently encounters in children younger than six. Yet she’s been able to parlay her bizarre sense of object impermenence into a series of paid speaking and writing gigs.”

I’d bet everything that I own that haters are not dreamers, because dreamers are too busy working on their dream to have ANY time to spend on hating someone.

If hate mail was to cross my desk at some point,  then I was expecting the impending-now-you-are-a-success-hate-mail to arrive next year, because frankly, I hadn’t planned on being a huge success this year.  Don’t get me wrong, we are a success, but I am talking HUGE success. If the top bloggers were to be right, then next year was going to be my banner year for hate mail.  This year was not in my plan.  Come on,  I’m still in site-building mode; getting my son through his last year of high school mode; and making room in my life for a top website — NEXT FALL PLEASE.

There’s nothing like a few haters to move your blogging success forward at lightning speed, and here’s why –

In the case of my hate mail, these furry loving “friends” found an article that had probably been read by MAYBE 20 people in its entire existence and no one had ever bothered to share it with anyone else on the Internet. The post was so old, in fact, that the comments were closed. I close our comments at 18 months and when the hate mail began to appear in my email inbox I hadn’t a clue as to what they were talking about. I had to wait for one of them to send me a link in the email preview pane (because I was not opening any of them) to figure out what they were talking about.

And I still didn’t get what all the fuss was about, but looking at the old post I realized there were some database issues and image sizing that I needed to correct so I stopped long enough to make the post look better (thank you haters).

This particular group of haters wanted me to take the post down (the same haters are from an area of the U.S that screams about the U.S. trampling on their free-speech rights), but hey, the post is free speech — right?

They don’t seem to think so. No shock there.

Come on, Catherine! That’s not their point. Kids might see that post. (You know, like if kids play violent video games they will grow up to be violent!  What’s wrong with you?)

Except for one problem here.

Pretty much no one had seen this post EVER.  But now, because of this group and their actions — they caused the post to go viral. This seemingly unknown post was now being shared around the Internet.

The irony is that the haters created the exact situation that they feared. Nothing like contributing to your own dire prophecy.

Meanwhile, 8 Women Dream had one of its best weeks in months, with more people reading the site for longer periods of time than ever before, thus causing a plethora of product offers and inquiry emails — something that was suppose to happen next year when my crap was more together.

But this, my blogging friends is why hate mail is a bonus to you.  Haters will share your website with everyone they can find in the universe. They will make your traffic numbers soar and possibly land you on a morning TV show.

And really, I’m beginning to believe all the hate mail online is written by the same basic group of people …

“Dear Heather, I have been going through my daughters computer and I can tell from doing that she is a huge fan of you – whatever you are doing. I don’t know who you are to be perfectly honest, but I am from Austria and I don’t think you even know what country that is. So let my child alone! She is only 16 years old and has now applied to a school that teaches sex. Probably she wants to be like your website – sexy and totaly promiscuous. I can’t let this happen. The school is in itself a disgrace on the face of earth, probably you have something to do with this Aisos School of Sex.”

When I was 15-years-old and a lead in the Nutcracker Ballet, a group of petty ballet dancers were huddled in a tight pack making fun of this beautiful girl in the back room while I was practicing my part and trying to focus on what the coach was telling me about my performance. As I passed by them, they leaned in and began whispering about the clothes this girl was wearing and laughing about her.

It just plain pissed me off.

So I walked up to that beautiful brunette, with her shiny, long brown hair that fell past her butt with cool studs on her jeans and introduced myself. She had just moved to Sonoma County from New York. Her name was Laura. I immediately asked my parents if she could come over and stay the weekend because I just knew in my soul that  if THOSE girls didn’t like her then she had to be the bomb. I told my parents exactly why I wanted her to be my friend. Not only did they introduce themselves to her parents, but they drove me out to where she lived to pick her up and bring her to our home for the weekend. My parents were so cool that way.

As it would turn out, she was the bomb, and is still one of my dearest friends.

Those hateful girls made assumptions about Laura without ever bothering to find out who she really was, or what she was all about and I benefited most from their bigotry.

Ultimately, Laura would be the first to rush to my side when my father died and take care of me while my heart was breaking. How someone so young understood that I needed help is still beyond anything I can comprehend to this day.

Hatred paid me in more in volumes of good than it ever tried to deliver in the ugly, the small, and the unhappy.

And it can bring fame and money to your top blog dream.

« Dreamers: For the Love of Ball, Stay Behind the Wheel
A Fast Track to Dreams: Things Going Wrong »