You Are Here Home » WRITE WITH US » Paying to Get Ahead: The American Dream? 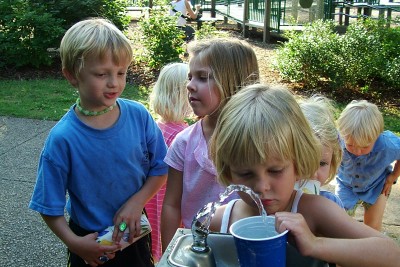 Well into my second year of blogging about my dream of achieving financial mastery, I am continually reminded that mastery of anything is as much about one’s head as it is about one’s behavior.

Hence, I seem to be going through a period of re-thinking my thinking about money.For readers who are looking for some tips and strategies on saving money, I’m not giving you much when I write about this stuff, for which I apologize.

But in my humble opinion, all the tips and strategies in the world can’t hold a teaspoonful of water if they aren’t backed up by right thinking.

Money behavior is  a matter of digging up the underlying beliefs, and working on getting those right in order to get the behavior right. If we’re not doing that, all the budgeting and numbers-crunching and money diets in the world won’t amount to a hill of beans.

Some money beliefs are personal, and some are cultural. Last week I mentioned the book What Money Can’t Buy: The Moral Limits of Markets, by Michael J. Sandel . I thought I’d give you an example from the book about how our cultural beliefs about money are influencing our individual money behaviors. Sandel’s got a whole chapter on paying to jump the queue.

It’s no secret that you can pay to get ahead, quite literally, nowadays. But as a culture, we haven’t really talked about whether that’s a good thing or not. We just seem to be taking it for granted.

We pay a premium to get telephone support on the software we buy. People who don’t pay the premium are stuck with “knowledgebase” articles instead of personal assistance.

We pay extra to jump to the front of the line on the popular rides at Disneyland. People who don’t pay extra just keep on waiting.

We pay more to go to the front of the airport security line, or to “pre-board” our plane.

There’s  even talk of letting solo drivers buy passes to use commuter lanes so they can get to work faster during rush hour, while the other shlubs who don’t pay extra creep along in the regular lanes.

If you’re like me, you probably just shrugged your shoulders and said, “Yeah, so?”

But think about it. What does it mean that you can buy your way to the front of the line?

It means that if you have the money, you get treated differently. Yes, you get the same ride – but without the wait. You get the same software, but also the help to make the most of it. You get on the same plane, but a lot more conveniently. You drive the same miles, but faster.

Meanwhile – and this is the important part –  the people who didn’t pay extra are also treated differently, and not in such a good way.

In other times and with other issues, that was called “separate but equal.” Two drinking fountains, one for whites and one for blacks. Everyone got water, they just got it separately. So, that’s equal treatment, right?

Of course not. Way back in 1954, the Supreme Court struck down separate but equal because separate is inherently not equal. Back then, people were separated by the color of their skin. Now people are separated by whether they pay extra or not.

Try out a little thought experiment and see if it works. Imagine two drinking fountains, one in the hot sun and one in the cool shade of a sheltering tree. One is for white people and one is for black people.

Which one do you think the white people got? Same water, but not an equal experience.  Now imagine the same two drinking fountains. One costs 50 cents, and one is free. It’s obvious which one costs money.

Same water, separate fountains, hardly equal. Otherwise, what would be the point of paying?

Someone’s going to leave a comment saying that treating people who pay differently from people who don’t is not the same as segregation, and my analogy therefore lacks accuracy. Black people can’t control being black, whereas people who have money to pay for premiums can control having money. All they have to do is work for it; and if someone’s willing to work for it, then they should be able to use it to buy privileges.

It sounds good if you say it fast, because it goes to the heart of capitalism. But it is a slippery slope in a lot of directions. As Sandel points out, capitalism envisions a market economy, not a market society. Exactly which kinds of privileges should be up for sale?

For that matter, where’s the dividing line between a right and a privilege?

We have experience charging people for their rights, and the courts don’t like it. And do we really actually live in a world where everyone has an equal and limitless opportunity to earn, and where laziness and ignorance are the only excuses for not having the money to buy privilege?

Or is that just a theoretical world we’ve convinced ourselves we live in, when the truth is actually much different?

My dream of financial mastery is not just personal, it’s cultural. Paying to get ahead – is that truly the American dream?

« 8 Top Items You Must Have to Create the Perfect Wine Country Dream Kitchen
A Tribute to My Heroes For Father’s Day, Part I »