You Are Here Home » WRITE WITH US » Money Talks: My Dream Budget Meeting Goes Flat 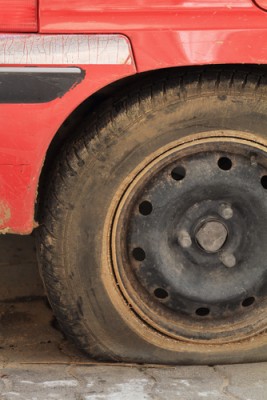 As promised, this post is about my first budget meeting with my darling husband, Virgo Man – Â a major milestone on the road to my dream of mastering my personal finances.

I wonder how many times I have written the following sentence in previous posts:

As in the way of all things, our money talk did not go exactly as planned.

I was ready – physically and emotionally. I had done all the work of gathering our individual and shared financial data. I had set up the software. I had learned how to produce the printed spreadsheet-like reports that Virgo Man prefers.

When the poor man got one foot in the door after his 45 minute commute home on Tuesday night, I said:

Are you ready? Because I’m totally ready! How about you? Should we just sit down and get it done? Let’s go!

I was like a slavering hound, really. Â I failed to notice that Virgo Man didn’t seem so ready. Onward I forged. I would not be stopped.

I walked him through the whole budget, detail by detail, stopping to ask if he had any questions, answering his questions when he had them.

And then – after a scant ten minutes – it was over. That was it. Done.

There was a brief pause, and then I said, brightly,

I think that went really well, don’t you?”

Sure, except I have no idea what I’m looking at.”

What could he mean? I whipped out the spreadsheet and said,

“I was used to the old software, and now you changed it again.”

We haven’t had a budget meeting in nearly two years, and that’s the last time he saw that old software. Plus he intensely disliked it, which is partly why I changed to this NEW software. Why, I actually went shopping for software to find something that would suit his preferences.

The ingratitude of it all. I caught the whiff of a sulk coming on.

And then I stopped and realized something.

I have not been the only one avoiding money conversations.

That’s right, Dreamers! This is actually not all…about…ME!

Virgo Man has been right there with me. He and I colluded in our lack of money communication. I’ve even written about that several times (here and again here) – so I knew that going in.

Meanwhile, I have had you Dreamers to talk to. I have been able to puzzle out my personal list of financial obstacles and dysfunctions, take apart the machine, get it cleaned up, and start putting it back together. I’ve been in a process since December.

By contrast, Virgo Man walked in the door one Tuesday evening after a long day at work and a long commute home and got subjected to a finished product: Jayne’s Budget Meeting. And he wasn’t really in the mood to fall in love with it.

Later, after a solid restorative dose of Sharks hockey on TV, Virgo Man apologized to me for being grumpy. He thanked me for putting in the effort and for not escalating his grump attack by rising to the bait. And he said he wanted to try again next Tuesday night, and he would be more ready if I could be patient with him.

I said to Virgo Man,

“Of course I’ll be patient. Haven’t you been patient with me over this very same issue?”

I was glad to have the opportunity to say that. For the last month, ever since I confessed my financial sins to Virgo Man, I have been laboring to remember how saintly he is for not blaming me. I have not been able to get aggravated with him for leaving the toilet seat up, because, after all, Â he forgave me.

I have felt constrained from complaining that he didn’t clear his place setting because, don’t forget, Â he was so kind to me over the money thing. Thank God I’ve been able to pay that back so I can return to normal discourse.

In all seriousness, I’m glad we ended on an up note, but here’s partly what I learned from Jayne’s Budget Meeting. Just because I have begun to heal myself doesn’t mean Virgo Man is on the same page at the same time.

He’s got his money issues that he needs to work through too. Compassion reminds me to give him some space and time to catch up.

And here’s the other part:

Chalk another one up to live and learn, and back to the drawing board.

Anyone out there have any suggestions for how to have a money talk as a conversation between two people, instead of a dog and pony show for one?

Jayne Speich is a small business coach/consultant who writes, thinks, and coaches extensively on customer service, business finance, and ways to thrive in the new economy. She is the owner ofÂ Onsys21 Dental, a coaching/consulting firm for dental practice owners. You can sometimes find her at theselfreliantentrepreneur.com. Jayne’s post day is Saturday.