You Are Here Home » WRITE WITH US » How Do You Get A Screenplay Read By Bill Murray? 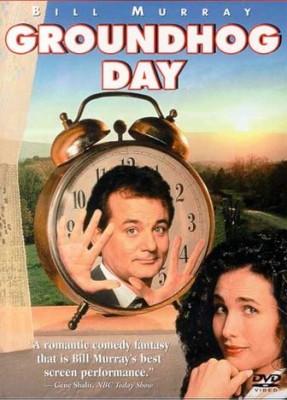 Like me, is your dream to become a screenwriter? What character makes your screenplay rock?

Some of the best roles in a movie are those of a character actor. Character actors such as John Turturro, Richard Jenkins, Steve Buscemi and Kevin Bacon have built their careers around small, yet distinctive roles. A character actor is one who predominantly plays a particular type of role rather than leading ones. Character actor roles can range from bit parts to secondary leads. (Wikipedia)

Leading acting roles are often given to actors who not only can act but are endowed with dashing good looks. Character actors (see the above mentioned actors) can be normal looking Joes, some quirky and some odd.

These actors have to rely on the strength of their acting muscles to make their roles memorable. On the plus side, they can enjoy longer careers because they don’t have to rely on their looks. The leading actors often don’t fare as well. They will be brushed aside for younger, fresh faces. (sadly, this applies disproportionately much more to women than men.)

I instinctively gravitate towards the unorthodox, snarky, neurotic roles created by the likes of John Belushi, Joan Cusak, Jack Black and my all time favorite character Bill Murray.

Last week, the movie, Ghostbusters came on TV and I became glued to the set. Had to watch it, my boy Bill Murray (Peter Venkman), the Enrique Suave scientist was continually putting the moves on Sigourney Weaver (Dana Barrett) while saving her and New York City from the wrath of the Stay Puft Marshmallow Man!

Some of my favorite Bill Murray movies are:

My favorite Hollywood curmudgeon turns 60 later on this month. To commemorate this momentous occasion, I’m thought you might enjoy some fascinating facts about him.

*compliments of the Guardian

Say what you will about this self proclaimed screwball, but I have had the pleasure to witness a different side to him.

Years ago, I attended the AT&T Pro/Am Golf Tournament At Pebble Beach Golf Course in CA. This was at the height of his career. There were fans clamoring for his attention, calling out to him, hoping to get an autograph. He was sauntering down the fairway as only he could clad in knickers and one of those beanies that had a pom pom on top, when he spied a group of young developmentally disabled adults standing outside the ropes.

One of the girls clumsily called, “Mr. Murray, can I get your autograph, please?” He quickly made a beeline for that girl and brought her out on the fairway. He joked with her a little bit, signed an autograph and had their photo taken for her to remember always. That smile never left her face the rest of the day.

My assignment next week will be to review Zombieland. Too many people have told me I must see this, even though it’s a zombie movie. It does; however, have Bill Murray in it.

Are there any movies that might appear on your television screen, that you will stop everything for and watch it, no matter how many times you have seen it? For me it’s Clueless and Caddyshack.

How about you? You must have at least one – who are your favorite character actors?

Now, how am I going to get our screenplay, Divine Intervention to Mr. Murray? He would make the ultimate demon wreaking havoc all throughout the movie. Maybe I’ll be walking down a street in New York and he will tap me on the shoulder. I’ll be ready for him, I wheel around and hand him a copy of the screenplay and I’ll tell him, “No one will ever believe you.”

A girl can dream, can’t she?

Toni left 8 Women Dream in November of 2010 to focus on her screenplay and Club B.