You Are Here Home » WRITE WITH US » Dreamers: For the Love of Ball, Stay Behind the Wheel 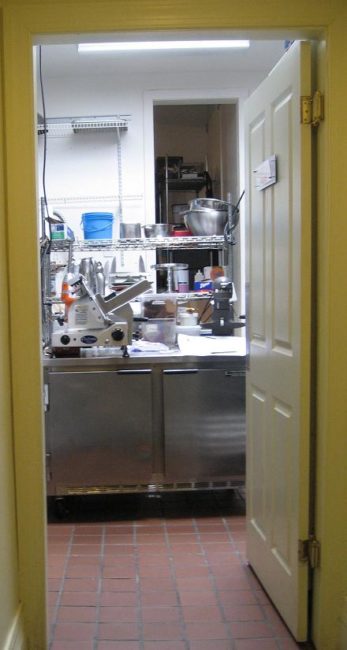 When I was young and attending culinary school, I mainly apprenticed at hotels.

I thought it would make for a well-rounded education in the different areas of culinary arts. It was, but more-so, meaning it was educational in learning to do everything the rest of the staff didn’t want to do.

Unless you are taken under a top chef’s wing, you are basically free-labor and the “kitchen bitch” — whether you are male or female.

“Being thrown to the wolves” is a popular culinary term because most of the time chefs are “in the weeds” (another popular term).

This is especially true within the hotel scene where they operate like 7-11 convenience stores: they never close.

I was apprenticing for a major hotel in the downtown during Mardi Gras in New Orleans, Louisiana.

The parades rolled by the front of the hotel which created a place where everyone wanted to be. There were more parties than you can possibly imagine.

On this particular day, I started my sift 8 a.m. and during the whirlwind of activity I decided to once glance at a clock.

I was handed a key and informed that “You don’t. You go to that room to sleep for 3 hours until you get a wake-up call to come back to work.”

You’re damned right it was a wake-up call.

Three hours later, I was back in the kitchen as told. There were multiple rolling carts filled with mounds of leftover trays of sandwiches, bowls of pasta salads, fruit and cheese trays. It was the leftovers from all the night’s festivities.

I was told, “Start recycling what you can salvage!”

My next culinary apprenticeship was cooking on the line at a higher-end hotel in the heart of New Orleans. One of my bosses at the first hotel decided to bring me with her when she accepted a position at the new hotel.

Still no pay, but it was the next stop on the road to my culinary dream.

When you are first a culinary student, you dream of being Wolfgang Puck, Julia Child or some other famous chef. Like all dreamers at the beginning of your big dream, you are absolutely sure you will race down the success express lane and arrive at the top in no time, because you are quite convinced that you, and only you, are the only one that has “what it takes.”

Well, you and everyone else attempting to do the same. 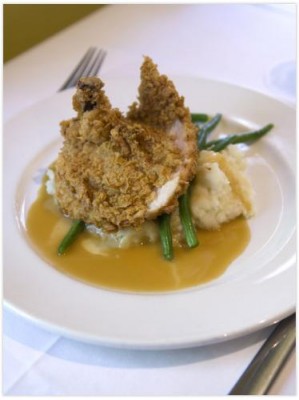 I liked my new boss at the 2nd hotel. He was the executive chef and a real down-to-earth guy. You could tell by his face and the crust on the outside of his crème brulee and fried chicken, that he had worked his ass off in this business and had been shafted a lot by the industry.

He was still participating in his culinary dreams, but you could tell that something had died inside of him.

One work night, when the chaos was more pronounced than usual because the restaurant was overbooked, I had just finished making hollandaise sauce for 200 people (while standing on a milk crate) and I decided to go work the line for the dinner service.

The orders were coming in like locusts after fresh grass, making us work at the speed of light, when suddenly I heard the executive chef scream, “What’s the matter with you — you stupid woman!?!?”

I continued my work, but I knew his comment was directed at me. I screamed back, “Nothing is wrong with me you stupid chink!”

People all of a sudden had to use the bathroom.

Drenched in sweat, he just stared at me and I kept right on working.

I went right to work.

I finished the first of the three walk-in coolers and upon walking into 2nd I noticed a 5 gallon bucket of iced Heineken beer sitting on the floor. I moved to avoid it as my boss walked in the cooler and grabbed 2 of the beers and opened them.

He turned and handed one to me.

“You are finished cleaning. Let’s go to Lenny’s.”

Lenny’s is a bar across the street from the hotel where everyone gathered after work. We sat at a table away from the others. He stared at me in silence and then said (and I will never forget this as long as I live), “Woman, you have ball.” I wanted to smile, but I didn’t.

He asked me why I was in culinary school pursuing a chef career. I replied that it was my dream, but cleaning the coolers wasn’t. I apologized to him for what I had said and confessed that I had never called anyone a derogatory name before, but the “stupid woman” was just too much. It didn’t matter to me that I was just a student in his kitchen.

We ended up talking for hours.

I asked him why he chose to be an executive chef for a living.

Had this always been his dream?

He told me, “I came here from Vietnam and I didn’t speak a word of English. I was petrified on the plane to America. My father cooked and that is all I knew. I knew it was all I could do and I needed opportunity, so I left my country. My wife is in the medical field. Why do you do this and endure abuse when you could work easily (in that field) and make good money?”

On my last day working with him, I went home to find one dozen yellow roses sitting in a vase on my dinning room table.

The card said, “Follow your heart and always have ball. Stay in touch.”

This week, I was offered an executive chef position at a nationally-renowned historic restaurant in Santa Rosa, California. The person who offered the position to me contacted me through Facebook. I had no idea who he was, but he said he had been following me, both on Facebook and on 8 Women Dream.

When I met with him to discuss the position, I thought, “I’m freaking crazy. I don’t want this. I also have a dream of creating balance in this crazy industry.”

He listened to me and I listened to him. I met the owners of the hotel. Everyone treated me with respect. It’s been a long and bumpy road from those hotel days in New Orleans.

I didn’t expect to accept the position.

But now I am the executive chef for a hotel restaurant — complete with creative freedom. I am also able to keep my business and teach — important secondary dreams to me.

And why did I tell you this story?

Because the road to your dreams is never a straight one, or is the drive anything like what you expect. There are times when your dream seems to speed up, then slow down, then stops completely, followed by the feeling that nothing is working. You cry, you drink and make promises to the universe.  Sometimes you have to change your dream route and go down a different road with a major detour (or two) to create your dream life.

This is the universe’s way of testing you to see just how badly you want it. This is the point where most people quit, get out of the car and walk away.

But I implore you to stay behind the wheel and continue down the dream road and I promise you that you will eventually arrive at your dream life.

With complete creative freedom and a bit of ball.

Marinate raw shrimp in olive oil, chopped garlic, salt and pepper, then grill quickly. Do NOT overcook. It will take about 1 minute to grill shrimp on both sides.

Roughly chop shrimp, throw into a bowl with shredded lettuce and toss with remoulade. Place it on the tortilla closest to you with enough tortilla to start rolling. Fold tortilla once over shrimp mixture and make sure it’s tight. Fold in each corner of tortilla. Continue rolling tortilla until it’s a tube.

Cut the wrap on a sharp diagonal. Wrap foil or wax paper around the end (in case the bottom opens and stuff falls out) and munch away while you drive.