You Are Here Home » LAUNCH YOUR DREAM » Royal Wedding Dreams: Be Careful What You Dream For 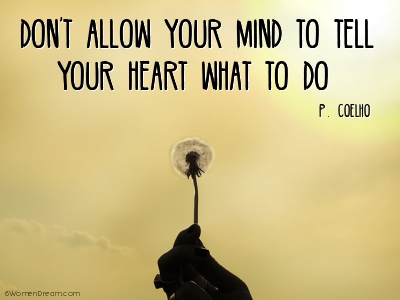 When Kate Middleton and Megan Markel married their real-life princes, it was the stuff of royal wedding dreams. Cinderellas are marrying their princes. It’s a classic fairy tale, isn’t it?

The only problem with fairy tale dreams is no one says,

“…And they lived happily-ever-after until they both started working 60 hour weeks; volunteering with local charities, purchasing a slightly-out-of-their-price-range home; having three kids as the princess finds herself doing the bulk of the housework.

Then the Queen moves in for six months.

While the princess remains the only one, who bothers to pick up shoes, dirty socks, wet towels, and turn off the lights after everyone is already in bed.”

To be fair to the men out there–the Prince in this scenario probably married one type of woman (or so he thought) then she grew into an exhausted, anxious princess.

Not very fair to him, either.

As with any big dream, especially fairy tale ones, you must be careful about what you want. Because if you work at achieving your dream hard and long enough, you will achieve it.

And you should prepare yourself for the possibility that your dream won’t look anything like what you envisioned when you first decided it was your true calling.

When you achieve your dream, and it doesn’t “feel” like you think it should, it’s either one of three things: 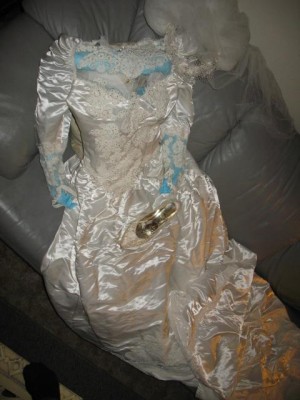 The year was 1991 when I picked the wrong dream (which ultimately lead me to the right dream). I had just turned 30-years-old, and I had decided that my dream was to get married and have a baby. I visualized it, made a vision board about it and recited affirmations before drifting off to sleep.

It was spring of 1991 I found myself happily walking down the aisle in a wedding gown hand-sewn by my mother. She had purchased the lace in France ten years earlier. The trip to France was part of my mother’s first big European vacation after my dad died. She came back an emotionally healed widow. She saved the lace she purchased in a special place with the other heirlooms she was collecting for my wedding day.

A rugby-playing loan officer who wanted babies. How perfect was that? It was my dream, right? TC had this thick jet-black hair that you wanted to run your fingers through every chance you could. He had an Irish sense of humor that could rival any Englishman. We enjoyed some great laughs.

There I was living my version of a royal wedding dream-come-true. Our wedding guests had such a grand time at the reception that the hotel asked to move the party because everyone wouldn’t stop drinking, dancing, and having fun. My husband, TC and I ran off to our hotel to eat because neither one of us had any food in at least 24 hours.

We ended up eating cheeseburgers naked on the hotel bed with my wedding veil still on my head. I have to admit; it was a great time.

But by October 31, 1998, just seven years and one dream-come-true baby boy later (okay two boys if you count my husband), we divorced with all the anger and venom two freckled crazy Irish descendants can muster.

What Happened to my Royal Fairy Tale Big Dream?

Theory 1: I confused action with emotion and thought they were somehow related.

Case in point: When I look back on my early years growing up I remember how much I loved riding my bicycle–everywhere. In fact, I rode a bike of some form nearly every single day from age 3 until I was 23.

Judging by my great love of biking, one might draw the conclusion that my dream should be to own a bicycle shop or race bicycles. The thought might even bring up feelings of excitement. Maybe I’d look into being a business owner and explore what it takes to run a successful bicycle shop.

It’s entirely possible I might be a success at it, but I’d be miserably unhappy.

Why? I don’t like working in retail, even though I love people. I’d hate selling bicycles to the general public. And I’d hate bicycle-racing even more.

What I might fail to realize is what I really love about bicycles. What I love is the feeling that riding on a bike gives me. There’s the feeling of the wind blowing through my hair, with the sound of the bike riding across the pavement, while visually taking in the environment around me. I don’t want to hurry. I don’t want to race anyone. I love fresh air and the intimacy of the surroundings as I slowly ride along.

Bicycle riding puts me in touch with a core feeling for me: freedom.

I like being independent, free to make my own choices and free to do what I want to do. Riding a bicycle is an action that brings about a certain emotion, but it is the feeling–THE EMOTION–I should look for in a dream.  My dreams must include the ability to feel free.

Which leads me to Theory 2: Dreams you don’t see coming can sometimes be better than the ones you plan. 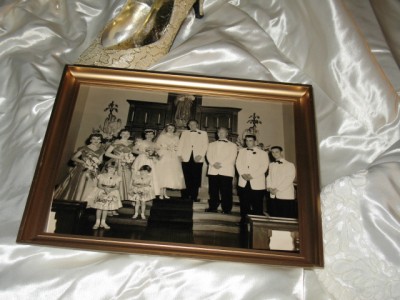 I love having my son around. He’s this blue-eyed, kind-hearted, funny grown-up in a 16-year-old body. He’s the dream I got out of what I thought was my real dream back in 1991. I had no idea that having this kid would be such a great dream for me. I could gush away here, but you get the idea.

Interesting that he’s a better dream than I could have thought of on my own.

I got married because I wanted a family, but I didn’t know anything about what it takes to create a successful marriage–or marry the right partner, or how much I love living independently. I didn’t think I’d enjoy being my son’s mother so much.

My parents had a good marriage, and they loved each other dearly, but just because I watched a healthy marriage — doesn’t mean I understand what it takes to make a successful marriage.

Theory 3: I stopped being grateful for what I thought I wanted.

Diana thought the action of marrying Prince Charles was going to turn out a certain way according to her idea of what it must be like to be a royal bride. She had a dream based on a certain action: getting married to her Prince. She probably ignored any misgivings about her relationship with Charles and forged ahead right into what she believed to be her big dream. 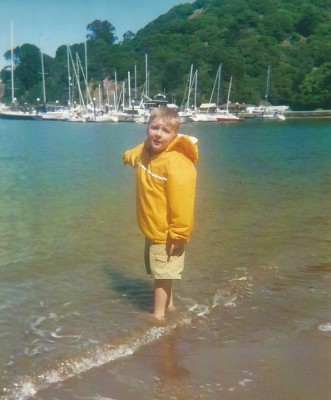 But was it really her dream? Did her relationship with Charles bring her the feelings she was looking to feel? Or like me, did she want to settle down, get married and start a family?  Was she merely looking for the feeling of security?  Judging by some of her later interviews and her behavior, I’d venture a guess that freedom was a core feeling for her and she buried it deep to marry Charles and gain what she thought she wanted.

I got married because I wanted to settle down. I wanted the feeling of security that having people at home to who promise to be there until one of us died. My dream was for safety and love, which isn’t about freedom. When the man I married failed to provide the security I was looking for; I began to resent his presence in my life.

It was like my marriage was the equivalent of me choosing to run a bicycle store instead of riding a bike just for fun. The feelings I desperately wanted to feel had nothing to do with the person I married–and it took me until 2003 to really figure out where I went wrong with my wedding dream.

I also should have been more grateful.

Because the man I chose to marry constantly reminded me to quit taking myself so seriously. He pushed me to take chances on my career, and he brought me our son. I could forgive my ex-husband three lifetimes for making our son possible. And the annoying things my son loves to do which do make me laugh were taught to my son by my ex, which I shall remind you, I married when I was clear on the reality that he was a rugby player.

Now when I set a dream plan, I am careful to look at what feeling I am looking to create and start there.

Publishing gives me a feeling of accomplishment and participation while feeding my need to write. It is the perfect answer to my dream of being a published author, and I feel free. I enjoy being on my own as a single parent. I love that I create my own security. I don’t push my dreams off on to a man to fulfill.

And what about the royal daughters-in-law? Will they create their own dreams separate from their husbands? Or will they look to their princes to generate and fulfill dreams for them?

Will they look at what they want from life through the lens of emotion or how an action makes them feel?  Do they understand what they need to feel in order to be happy?

And you? What about you? Are you dreaming the right dream for the right reason? What feeling are you really looking to create? Freedom? Cleverness? Justice? Laughter? Bravery? Make certain you know what is at the heart of what you need and that it matches with your dream.