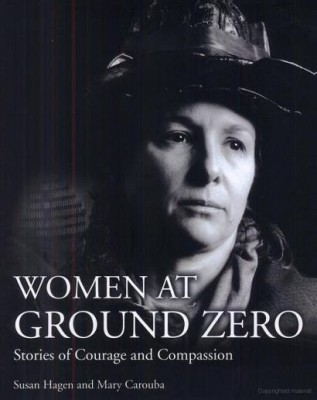 If you ask best-selling author Susan Hagen about why her dream was to write a book about the first responders to 9/11, she will tell you that it is because we too often fail to mention that of the many rescuers who showed up on that fateful day in September–many were women.

Women have dreams of being police officers, firefighters, and paramedics. Women live their big dreams in the military, in the religious response services, and working in the emergency rooms of hospitals—women who live to be there for you when a crisis hits.

They are the shadow heroines—women who never expected to see a 9/11 event and showed up to save lives anyway.

I had the distinct pleasure of interviewing Susan Hagen, author of the best-selling book, “Women at Ground Zero: Stories of Courage and Compassion.”

In 1994, Susan Hagen became a firefighter and emergency medical technician as a way of serving her community in rural Sonoma County, California. Half the members of her first firehouse in the town of Freestone are women.

Following the September 11 terrorist attacks on the World Trade Center, she and her colleagues were acutely aware of the absence of women in media portrayals of rescue workers at “Ground Zero.”

The stories of the 9/11 women 1st responders

In watching 9/11, my partner Mary and I couldn’t believe that women weren’t being reflected in the news coverage of the events that unfolded before our eyes. We knew that there were women there.

All we kept hearing about in the media were the men we lost, but there was nothing about the women. We decided to investigate who the missing women were from the stories of 9/11.

We wanted to find some form of a woman’s face reflected in this tragedy.

2. What do you wish people would remember about 9/11 and these women?

In the moment of silence being shared today, I want people not to forget the humanity of help that occurred on that September morning. There were people everywhere helping each other–from every financial situation.

All of humanity was there on that day. Humanity joined together and helped their fellow man.

3. Do you have a favorite story of the women that you interviewed?

I really couldn’t possibly have a favorite because there were women there that it was there the first day on the job–women who were retiring and women who were mothers.

But, Lois Mungay always stands out. She is on the cover of the book.

Here is an excerpt from the book about Lois Mungay –

Lois Mungay appeared to us as a scrappy, hard-loving, hard-working New Yorker with an accent so thick it was clear she lived all her life in Queens. this would be a difficult interview, we told ourselves. As she settled herself into a chair, Lois gave every impression that she would not easily give herself away.

But beneath that tough exterior, we found a surprising tenderness. In fact, hers turned out to be one of the most emotional interviews we conducted during our tour of New York City.

Lois spoke with great candor, and it was difficult for us not to sob right along with her during the interview. “At least at the firehouse I can talk about this without crying,” she said before we were halfway through. “With the guys, I’m okay. But see, women do this to me. They make me break down.”

The most decorated female firefighter in the FDNY, Lois may also be the most humble. Someone else had to tell us that she’s earned five FDNY unit citations for exceptional performance during her 20-year career.

It hasn’t been easy for Lois, being the first group of 40 female firefighters to join the FDNY after a class-action lawsuit open the field to women in 1982. But despite the struggle to prove herself, t was clear that she’s come to love her brothers in the fire service. She grieves for them today as if they were members of her own family.

4. Do you think there are more female paramedics, firefighters, and police than America realizes?

I think so. On 9/11, everyone was so stunned that we naturally reverted to images of what felt safe, which were men. We grew up without seeing women reacting in a crisis — it was always images of men.

5. What is your most memorable moment in writing this book?

The first interview, which was Lois on the cover of the book. Every other word was the F-word. I felt panicked an frightened. Who was I to think that I could come to New York, just after 9/11 and interview these brave women?

When we interviewed her, it was the first time she cried about 9/11.

6. How did writing this book change you?

It changed me and my co-writer, Mary. It taught us that you could face fear and do it anyway. Don’t hesitate. Take action. We asked ourselves when wanting to write this story, “Do we have the money?”, “Do we even have the time?”

The answer was no, so we skipped to better questions. You are always more significant than you think you are, and doors will open for you when you are following your gut.

7. How has response been for the book?

Wonderful, but honestly, I haven’t thought about it since my whole goal was to increase awareness of women firefighters. I’ve never stopped to think about it.

8. What woman inspired you to live your dreams?

My maternal grandmother. She founded a school in Montana. She started the first kindergarten and first library in Galt. She was ahead of her time. She gave me positive encouragement. 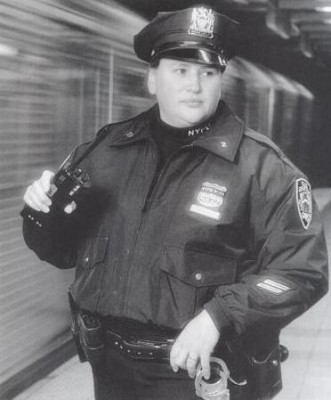 Even before Susan Hagen and Mary Carouba’s book was in contract with a publisher, they returned to California and rallied the people of Sonoma County, California to fund an all-expense-paid week of rest and recognition for the 30 female rescue workers featured in the book.

With the help of more than 100 volunteers, they not only raised funds necessary for a first-class trip to the Wine Country but also collected over $40,000 to seed a “Women at Ground Zero Scholarship” fund for Sonoma County students enrolled in the police, fire and paramedic academies.

After meeting for the first time in California, the women rescue workers from New York City continue to support one another on the East Coast as they recover from the physical and psychological effects of the 9/11 tragedy.

Their ongoing relationships with the authors and other Northern California volunteers who coordinated the Wine Country trip continue to provide an additional–and unexpected source of healing and support.

It has been my great honor to interview Susan and attend her writing classes in Northern California.

Her “Women of Ground Zero” book sits on top of my dresser to remind me every day that we must fight for our dreams and be mindful to thank the universe for this day because it is a gift.

Because those we lost in 9/11 and the women who showed up to save people would want us to live the life we dream right now.

« Does Your Dream to be a Triathlete Motivate You like an Ice Cream Truck?
How To Find Your Self-Confidence to Achieve Big Dreams »