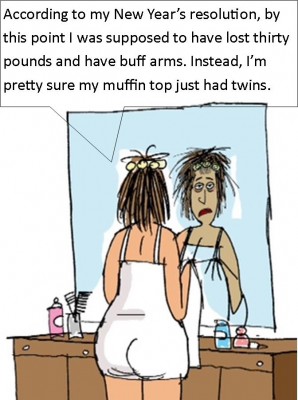 It’s that time of year again – beach time. Time to pack up the car and head to that image I have been holding in my head for 364 days – the image of me sitting on the beach first thing in the morning, drinking a hot cup of coffee, watching the waves, and reflecting on the beauty of my life and the world. I have been hanging on to this image for 8,736 hours. When the car needed a new transmission, when my son decided he wanted to play the violin, when we needed a new roof and I suggested we could save money doing it ourselves – the only thing that got me through was that image. And a little bit of rum.

My son and I start the count down in May even though the beach trip isn’t until the end of June. It’s kind of like Santa at Christmas, where you dangle it in front of your kid to inspire him to clean his room or brush his teeth with toothpaste this time. (You have to get really specific with my kid or he’ll take showers without soap.)  So the phrase becomes common around our house: Better clean up your room if you want to go to the beach this year.  Don’t forget to take out the trash or you might not get to go to the beach! You’d better drop that attitude or we’re going to the beach without you. (Followed by tears and a long discussion about how, no, we would never really leave him all alone in the house for a week. Geesh, the kid is so sensitive. My parents would have left us and not realized we were gone until Dad needed a runner to go get his cigarettes.)

Every year my parents rent a house and the entire extended family blocks off a week on their calendars (miracle in itself) and commits to being there one hundred percent. This is not a light commitment. Death would be the only excuse to miss this trip, and according to my mother, not a good one. And if you did die, and the funeral was to be held during that week – well, let’s just say that the ceremony better be quick and include a pina colada theme. So unless you’re the least favorite son-in-law (my husband currently holds this title for telling my mother that her award-winning cherry blossom cake was a little dry) your presence is expected. Sobriety optional.

We pack the car to within an inch of its life while my husband and I argue.  He thinks ten pairs of shoes and a suitcase for my beach-appropriate hair extensions is excessive. I think six survival backpacks, a home brew beer kit, and a just-in-case backup set of ammunition is a tad bit over the top. Well, maybe the beer kit isn’t a bad idea – just in case of emergencies, like a hurricane coming through the beach that closes the liquor store.

There is not a spare inch of room in our car, my son has to sit sideways to make room for my hot curlers, and I’m yelling at my husband to turn on the car already so we can get the air running, it’s hot as crap in here.  Technically, I’m the only one whose thermostat is set on boiling. But still. The image. My feet in the waves. The sound of the surf. Just hours away. I can do this.

For us, the three hour ride is always five, thanks to giant size slushies, ill planned poops, and meltdowns over the gas station being out of hot dogs. And that’s just my husband. Add a nine-year-old to the mix, and by the time we arrive at  the beach I’m already dead man walking. But we are here. I know this because my hair has started to frizz and my muffin top just got bigger – an unusual phenomenon that always occurs when it’s time to put on a bathing suit. And we enter the foray (is that a word?) of squealing relatives unloading cars and swearing this is the absolute last time they will ever go on a car trip with three toddlers and a pregnant wife.  (Not me. I only look like I’m pregnant.)

So we have been here twenty four hours and already there have been four meltdowns, fifteen arguments over who gets the float, three trips to the doc-in-a-box, and a lecture on how pee’ing on the side of the ocean isn’t always appropriate. And those were just the adults.

Already there has been a barrage of raised female eyebrows at the parenting skills of the other mothers, the eye rolls and fake smiles that start lifelong grudges. Where a simple statements like, “No thank you, my son doesn’t want any of your nuggets” translated means “We don’t feed our child crap like that, which is probably why our kid is so much quieter than yours, and whose idea was it to split the grocery store bill when everybody knows your processed food costs three times as much as ours? And now you’re acting all controlling like this is your beach house. No wonder your husband has been drunk since we got here.”

The babies wake us all up at 5am while the toddlers stand over our beds staring at us while we sleep, waiting for us to take them to the ocean. It takes us an hour just to get them covered in sunscreen, which is about the time the big dark thunder cloud rolls over and they decide they want to watch movies, which leads to many more eyebrow raisings and rollings at the movie choices of the other mothers. Apparently not everyone lets their kids watch Hangover. Geesh, these people are so uptight.

And then it occurs to me somewhere between Mom! Taylor just pee’d in the pool!  and   Mom! Dad wants you to bring him a sandwich!  and   Mom! Why does he get five nuggets and I only got four? and  Mom! I want the top bunk. He got the top bunk last year!  Right about that moment where I’m convinced if I hear the word “Mom” one more time they are going to find me hanging from the rafters, only I’m sure it would take them three days to notice, and only because they need a clean towel, and even then they probably wouldn’t pick up on the fact that I was dead or even quieter than normal, and ask me to make them a hot dog as they run past my swaying body on the way to the pool.

Somewhere in the middle of all that, I start to remember. It’s something I remember every trip about three days in, and then forget about five minutes after we drive away.

The image is crap.

Remember that image – me sitting in the surf, sipping coffee, and reflecting on the life and all its wonders?

It’s a mirage. Never happens. I’m always convinced it will, but it never does.

I’m the last one to the coffee pot and now it’s gone and I’m too lazy to make a new pot, and who cares anyway since the other mother bought generic that tastes like sponge water. So no coffee. And me getting a moment to myself? Am I delusional? I never get a free moment. Not even in the bathroom. The only time I have to myself is when I’m washing the dinner dishes. Sitting on the beach with my feet in the water? Are you kidding? This fake spray on tanner cost more than my luggage and comes off immediately upon contact with beach or pool water. Ah, the irony of the product I purchase to make me look good at the beach actually keeps me from the beach.  Besides, I don’t like the wind whipping my hair. I pay good money to buy hair that looks this good. Sand and humidity will join forces against it and triumph. And if all that wasn’t enough to convince me to keep away from the beach, the last episode that involved Cheese Puffs and sea gulls was enough to send me into post traumatic shock.

And so I sit here at my computer, sipping coffee, putting together yet another grocery store list, wondering how I got sun burn there, and looking up home remedies for the thigh rash I got yesterday when I had the wild and crazy idea that I would walk on the beach for a morning workout (note to self: bring defibrillator next year) and mourning the loss of my image that never truly was.

And yet even as that image of me sitting there in the surf (the thighs are athletic, not chunky – and every man who walks by is buff and polished and stops to stare at my bosom which is supple not stretched out) – even as this image fades into the horizon, another image takes its place. It’s an image that’s not quite as polished. The players aren’t all buff and polished but covered in zinc oxide and patchy chest hair. The children aren’t all angels, and I’m pretty sure that one is possessed by the devil. Instead of my bigger-than-Texas hair, I end up looking more like I got caught by a flock of homing pigeons in a wind tunnel. And I’m pretty sure that I could keel over on the deck out of exhaustion from keeping kids from drowning and pooping in the pool, and that nobody would notice me for three days – and even then.  Despite it all,  those tiny giggles make me smile.  And I will never forget the image of Joe Junior pee’ing in the grass beside the pool like his daddy taught him. And that moment when the two toddlers hugged each other over Legos and whispered, “I love you. You’re my best friend.” And even though the hamburger wasn’t done the way I like, I’m pretty sure we have never laughed that hard as we all squeezed together around the dinner table and told stories that all started with Remember that year when…. And, okay, so not every mother lets her kid watch Family Guy, and I’m pretty sure I’m headed for a mommy intervention, it’s kind of nice to see that even the other mothers get frazzled and want to drown their kids if they hear that whine one more time. And even though alcohol starts some altercations that threaten the unity of this happy family, nobody remembers it the next day.

So maybe my image isn’t what I hoped. Maybe, just maybe, it’s even better. It may not be the fantasy, but it’s my reality. And if I look really close, if I listen really hard, it’s pretty darn magical.

We leave in the morning, and as the last car pulls out of the driveway, we will already be marveling at how fast the week went, and counting how many days until next year as we wave goodbye to the mansion on the sand, and hello to a dirty house, piles of laundry, and grass that needs mowing.  And already I will be forming that image again – of me sitting in the surf, sipping my coffee, and marveling at life and all its wonders. And you know what? That’s okay. It’s a pretty good image. And it gets me through the year. And maybe, just maybe, the reality is pretty darn close.

I guess it’s all in how you choose to see it.

« Is Success All About Who You Know?
Best City Breaks: New York City or London? »