You Are Here Home » BE A MOTIVATIONAL SPEAKER » Is Success All About Who You Know? 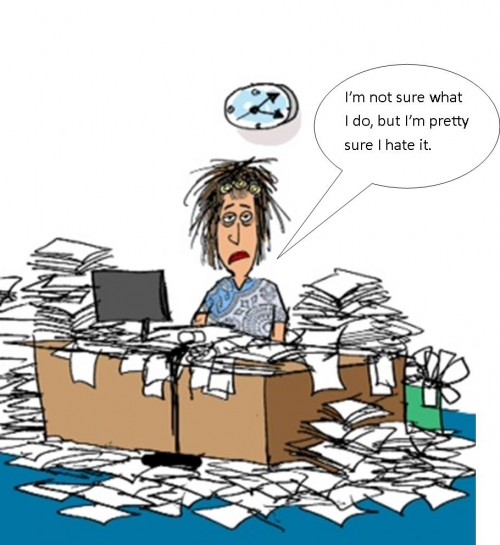 Trying to reach the top and keep getting knocked down?

It’s a struggle to succeed – not just for motivational speakers, but in every dream. Sometimes I feel like I’m always going one step forward and three steps back. When will I ever just get there? It feels like the hours, years, energy, tears, and money spent on this endeavor are far more than the pay off. Let’s face it, I didn’t choose this job to get rich (good thing) or to get famous (good thing). My chances are better of becoming rich working in fast food, and my chances of becoming famous better if I had a cat who could dance on YouTube. Like most artists, I do this because it absolutely thrills me and I can’t imagine doing anything else. And the payoff is that I have to work ten times as hard and as long as any other job I could have chosen – even when the art of speaking comes so easily to me. Being good at what you do and selling it are two entirely different things. But still I find myself wondering when I will ever make it there. And then I remember:

There is no there.

Seriously. There is no there. I keep waiting to get there, yet I’m not really sure what there is. Is it a certain size audience? A certain venue? A certain client? I am guilty of waiting to get “there” without ever knowing what “there” is  – and so how will I know when I get there? What if I’m already there? I bet some of you think I’m there, and are wishing you were here. Well I don’t even know what here is – how do you?

I know I’m already off topic, but it’s an important place to start if we’re going to talk about success and whether reaching it is about who you know.  If you’re out there wondering why you haven’t made it, I want you to tell me what constitutes making it. If you’re saying, “I want the life she’s got” then you are setting yourself up for failure. And be very very careful of what you wish for. You just may get it and realize it wasn’t what you thought it was. Or anything close.

So write down, describe, draw, the places you want to go. Be specific. This is something you must be able to measure.  I’ll do it myself.

I remember when I opened up for Loretta Lynn years ago. I was just a fledgling storyteller, surprised to get any money at all, and here I was in front of a sold out crowd. No, they weren’t there to see me, but still.  So imagine my surprise when somebody approached me in the lobby and slipped me an envelope. I thought maybe I was caught up in a drug drop gone bad, but not so. It was a guy in his late seventies who wanted me to give this envelope full of song lyrics to Loretta Lynn. I wasn’t sure whether to admire him or pity him.  And even as ignorant as I was, I knew that his approach was more than just needy, it was pointless.  Maybe he’s an extreme example, but I see this play out in the motivational speaking business, over and over – the idea that it’s all about someone noticing you. Getting their attention. Wanting to be like them – which leads me to the second truth:

There is no “them”

I have a friend in the speaking business who grew up in the speaking business. His father was a “big name” in a world where “big names” are all about perceptions. This friend was connected to anybody who was considered anybody. If anyone had connections he did. Yet did he spiral to the top faster than the rest of us? No. Did he get some opportunities I didn’t get? Probably. Did that propel him to the top? No. Then again, I’m not even sure I could define top – and maybe neither can he. Anyway…

I was complaining to this friend about “them” – the people at the top – the ones with the big gigs – the ones everybody knows. And I had a mouthful to say about them and their egos and their efforts to keep me down. And then he said four words that changed my perspective forever:

There is no them.

At the time I didn’t believe him. But now I look back and realize he was right.

Just as there was no “there” there is no “them”.

Sure, there are some who make more money and get bigger gigs. There are some that we all know. Some fill coliseums and get on best seller lists. Some makes tons of money and nobody has any idea who they are. Some do have inner circles and master mind groups and best friends.  But they are all just random people trying to find a way to live the life they want. They don’t belong to a secret club.

So stop trying to get their attention. It doesn’t matter. They can’t help you like you think they can. And you are one of MANY slipping them envelopes in the lobby.

The true irony is that some of you think I’m them, and yet many of them don’t know who I am, and even more don’t care. The person to my left thinks I’m the one they need to know, and the person to my right thinks I should need to know them. It’s perception and smoke and mirrors.

Too many motivational speakers try to hitch their wagon to a falling star.

What’s really sad is how many speakers will hitch their wagon to the wrong star – so desperate to be noticed that they will spend their life savings to be noticed. This never works. Ever. Never. Ever.  And often that star they have chosen is just an opportunist who sees this as their way to get rich.  Sometimes those “stars” are living in a van by the river. Not all of them, but lots of them.

I hate myself for even using the words “let it go” that my nieces and nephews, and now all of us, have been singing for about four hundred hours – but it’s the best advice and encouragement I can give you right now.

Let go of this feeling that it’s about who you know. It’s not. I promise.

Let go of this feeling that there is a them.

Let go of this overwhelming desire to have them know you.

Let go of the idea that you can’t reach your dream without the right people.

It’s not about being noticed. It’s about working hard. And that gets you noticed. I promise.