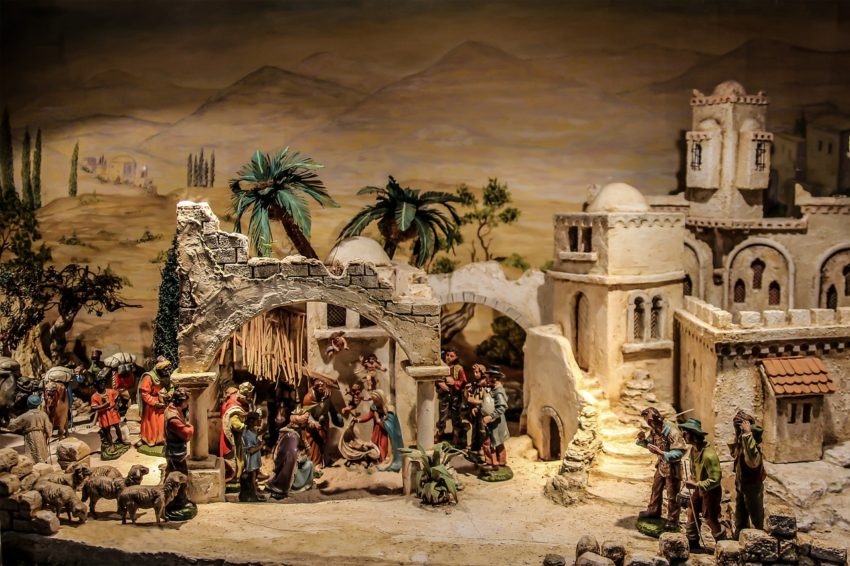 It’s that time of year again …

Christmas (or “the holidays” for all my American friends) is nearly here.

Amid all the excited anticipation of shopping for presents and taking my daughter to meet Santa and preparing for a wonderful time of love and feasting with my family I’m conscious of the spiritual significance of Christmas.

There are so many wonderful traditions that have grown up around Christmas over the centuries and I treasure many of them. But the most important thing for me and my personal beliefs at this time of year, is remembering the little baby born in a stable in Bethlehem.

My mind turns to travel destinations where I have been impacted by the spiritual significance, or atmosphere, of the place.

1. The Spiritual Place of: Amritsar

I’m not a Sikh, but I was truly impressed by Amritsar, the capital of India’s Punjab province, and most famous for its Golden Temple.

This Sikh holy place is serenely beautiful and the thousands of pilgrims lining up to worship and bathe in the tanks surrounding the temple provide a colorful atmosphere.

I was deeply impressed by their pious devotion. Despite the numbers there was never a moment when I felt overwhelmed by the press of people as elsewhere in India. 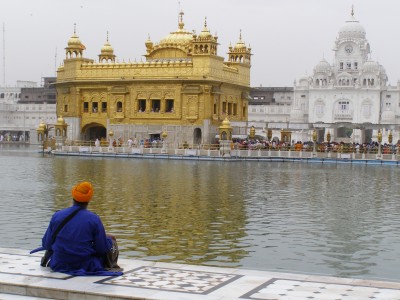 Mont Saint-Michel is a rocky tidal island in Normandy, France that is most famous for the spectacular Christian monastery that was first built there in the 8th Century.

More than three million people visit Mont Saint-Michel each year, walking across the causeway approximately one kilometer off the coast.

The souvenir shops that jostle along the lower streets soon give way to soaring architecture and serene chapels. Looking out from the higher ramparts it is easy to see why monks chose this place to defend their faith since ancient times. 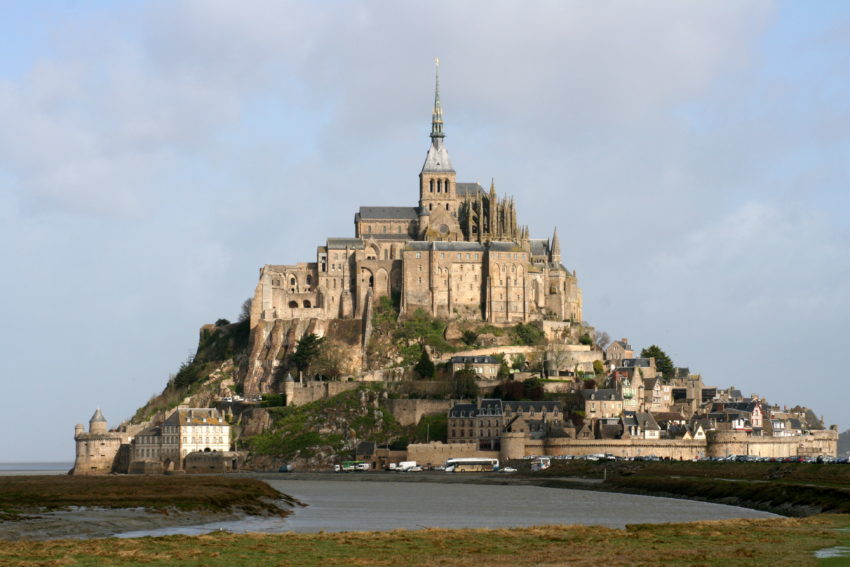 3. The Spiritual Place of: Ely Cathedral

Speaking of Christian places of worship I am always filled with awe when I visit European cathedrals.

Quite apart from the engineering feats and the spiritual design, can you imagine how one of these mighty constructions would have appeared to a medieval peasant traveling on pilgrimage from his or her mud hut?

It is difficult to pick a favorite, but I love the Ely Cathedral in England with its unusual octagonal shape and also the massive facade of the cathedral in Milan, Italy. 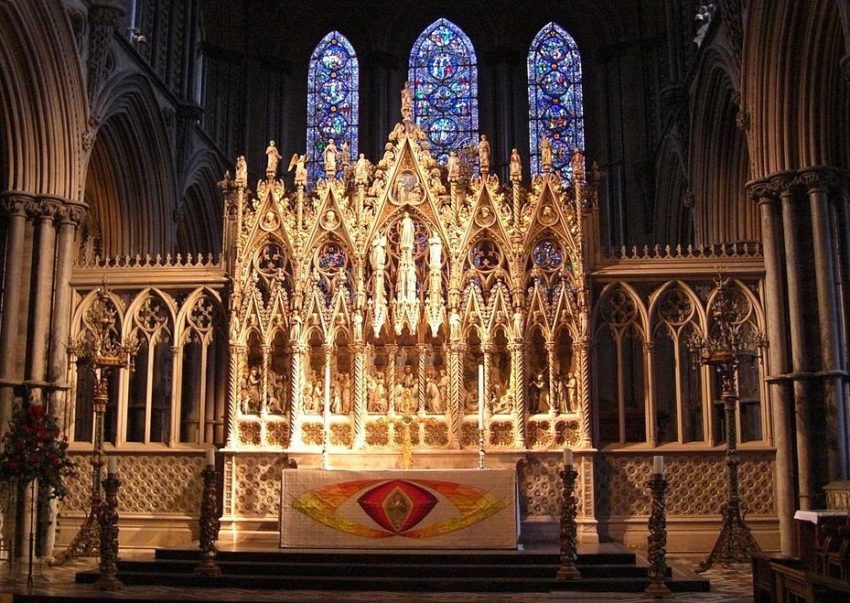 4. The Spiritual Place of: Istanbul

In this huge and most incredible of cities, the two biggest attractions are right across the road from each other. The Hagia Sophia, once a cathedral of Constantinople then a mosque of the Ottomans, and the Blue Mosque sit in the sun, surrounded by gardens.

The Hagia Sophia is a tourist attraction but the Blue Mosque is a working place of worship and tourists may only enter at certain times. I sat in a carpeted corner with my crawling child and gazed up, up through the graceful chandeliers, the tiers of delicate tiles, the soaring dome.

And I felt at peace, until my daughter took off under the barrier and into the center of the mosque! 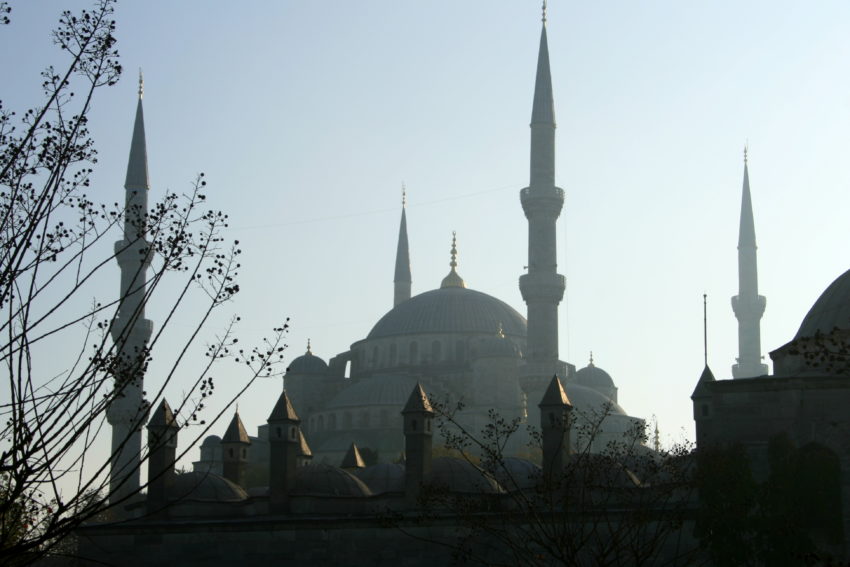 5. The Spiritual Place of: Sergiev Posad

I have been to a couple of Orthodox churches now and been impressed by the worship and interested by the differences from the western Christian church. The first I visited must surely be the most beautiful, in a town not far from Moscow called Sergiev Posad.

Regarded by many as the heart of the Russian Orthodox church, the gold star spangled blue domes would win many hearts.

But it was slipping into the back of a mass that stopped me in my tracks. The congregation standing or prostrating themselves on the floor throughout; the subtle and exquisite singing before the iconostasis glowing gold and rising up and out into the shadows.

It was very moving. 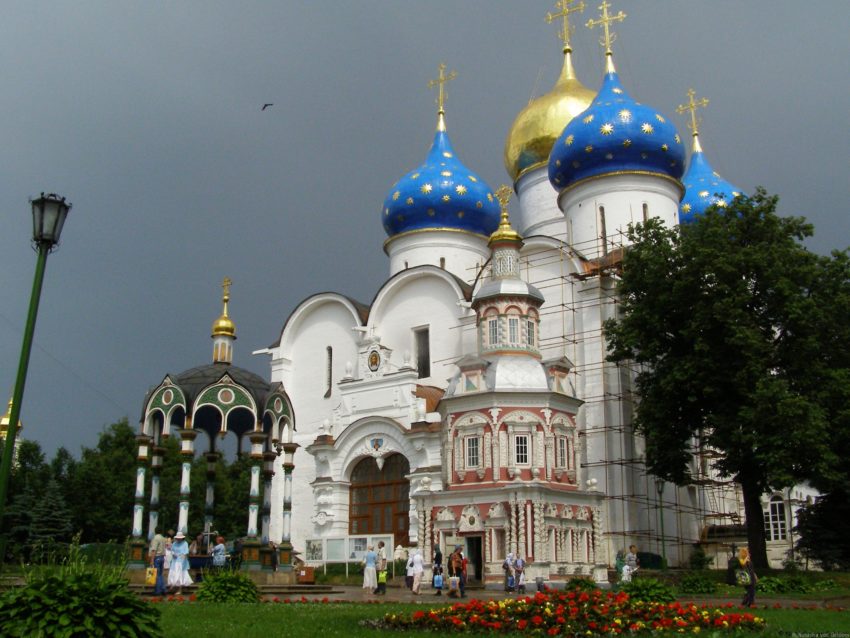 6. The Spiritual Place of: Varanasi

Also in India, Varanasi is a Hindu holy place with a strange spiritual atmosphere. 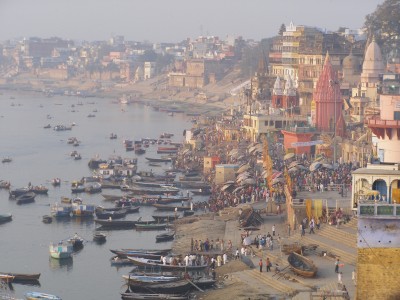 7. The Spiritual Place of: Lalibela

Ethiopia is on my world travel dreams bucket list and Lalibela is a town in the north of the country that intrigues me. It is famous for its monolithic rock-cut churches, likely built in the 12th century by the Ethiopian Orthodox Christian Church.

Lalibela is one of Ethiopia’s holiest cities and is a center of pilgrimage for much of the country.

The layout and names of the major buildings in Lalibela are widely accepted, especially by the local clergy, to be a symbolic representation of Jerusalem. 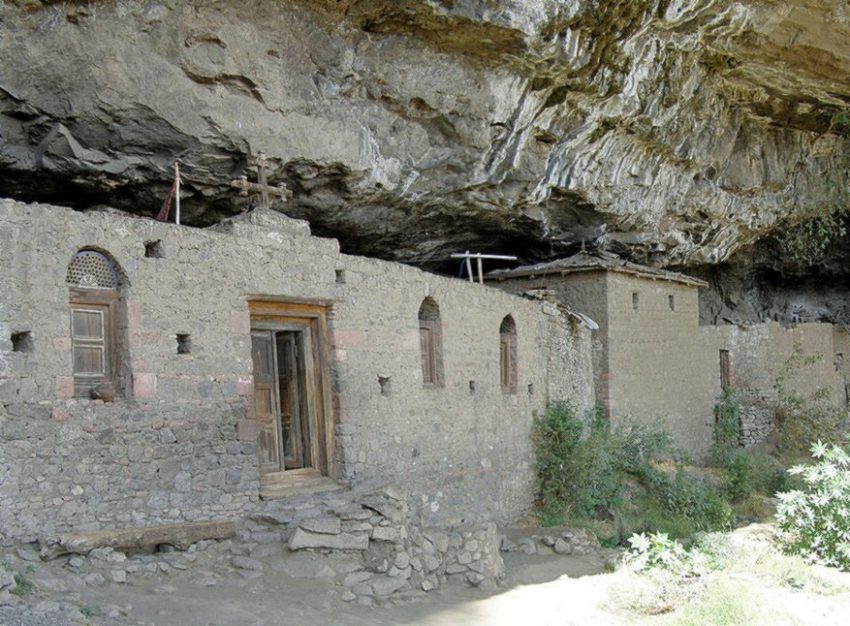 8. The Spiritual Place of: Mountains

And finally, mountains. Not buildings; nothing man made; it is often in the mountains that I feel closest to the divine.

When my husband and I trekked the Annapurna Base Camp route in Nepal a few years ago we hiked through blossoming rhododendrons and snow to the Annapurna Sanctuary. There, at the climax of the trek, the scene is awesome.

Right behind you is Annapurna South, with the other Annapurnas circling around to Hiunchuli and Macchupucchre. To be surrounded by mighty mountains in the sun, now that’s spiritual. 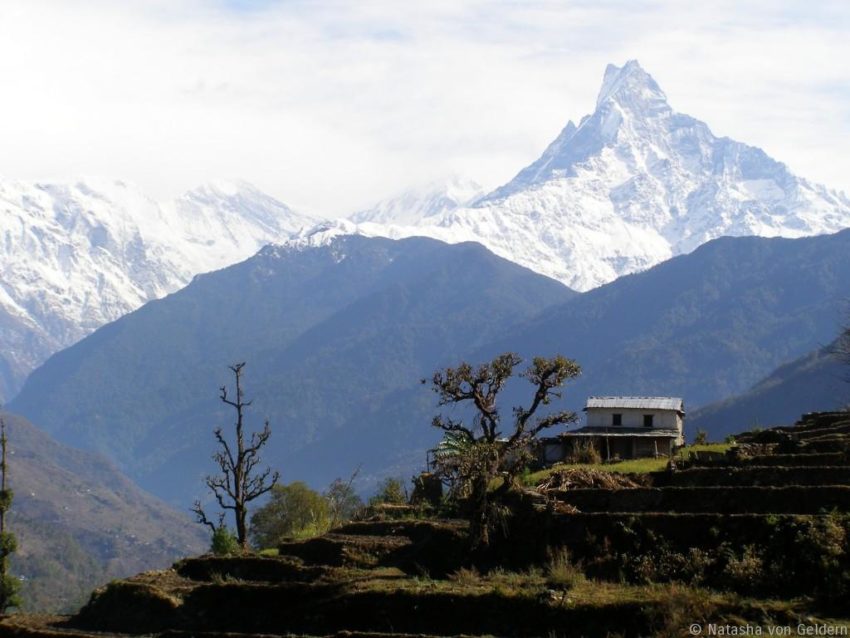 May your world travel dreams take you to your own spiritual travel destinations this holiday season and the coming year.

« Is Lying to the Audience Bad for a Professional Speaker?
Top 100 Reasons To Workout Today »