You Are Here Home » BUILD SELF-CONFIDENCE » But What if you Could Reframe your Past to Make your Dreams Come True? 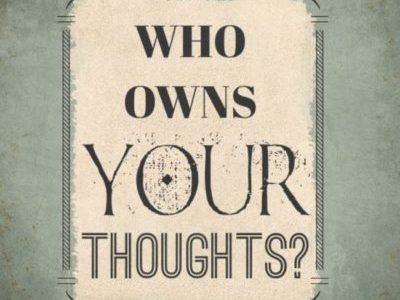 One of the biggest challenges I face with my big dream to help women be more self-confident is pushing women to overcome the powerful negative thoughts about themselves that they believe to be true.

Women need to ask themselves: who owns my thoughts?

Nearly every female client that I photograph for work feels they have a “problem” area that most others don’t see.

Your thoughts have power. Your words matter. Your opinions can feel like fact. Catastrophic wars have started because of mistaken beliefs and opinions, so why would you want to wage a thought-war on yourself?

For every woman that has a problem area–something we claim to dislike about ourselves–we mentally carry around an origin story of the first shaming event where someone convinced us that there is something wrong with us. Most often, it was by being teased by a bully. Unfortunately, that bully can be a parent, a sibling, a teacher, a relative, a popular kid at school–anyone we believed possessed the power to make us feel insignificant.

wouldn’t it be wonderful to go back in time to that origin moment, cradle that little girl’s face and say,

What makes that person more right about you than you? Look at him/her. Is he/she perfect? No! That person needs to focus on themselves. He/she is just trying to make you feel bad about you, so he/she doesn’t have to look at himself/herself. Ignore him/her!”

Think about how many advertising dollars have been spent on making you feel less-than about yourself so that you will spend money on a “fix,” which reinforces your adverse origin event where you were first taught to dislike something about yourself. Recognize how difficult it is to fight the marketing messages you are bombarded with hundreds of times a day–often unconsciously.

In the 1940s, clothing manufacturers saw a golden opportunity. Once you start selling clothes for each sex, sales will double.

Now, if subsequent children are born as opposite sexes, you have to buy a new wardrobe. Once you could find out the sex during pregnancy, it became fashionable to decorate a gender-specific nursery. It plays upon a parent’s excitement and requires being updated more often. A new baby in a year or two? You have to redecorate again!

I’ve dealt with harmful harassment for being labeled as “different” in both in my life and that of my son’s.

When my son was a baby, I decided to let his beautiful hair grow long because he has these precious curls I love. I made the “why is your daughter dressed like a boy?” questions slide off my back. Then one day, he came home from school, and I told him it was time to cut his hair. He was becoming more active, and it was difficult to manage.

He stared at me with his big eyes and said, “I’m so excited. I don’t like it when people tell me I’m a girl. I tell them I’m a boy!” And right there, my heart broke into a million pieces. In Europe, where I spent a good portion of my life, it’s acceptable to allow boys to have long hair. But there it was staring me in the face–my son’s own negative origin story about being shamed by kids at school–that it’s bad for a boy to take on qualities that might be considered feminine. And it was terrible to have pretty, curly hair if you are a guy.

Who makes these rules about how people should look?

People who believe boys must have short hair and girls can have long hair are merely expressing an opinion. An opinion pushed on everyone they encounter who appears to be challenging their world view. I still bristle that my kid can’t look unique (and entirely beautiful to his dad and me) without being bullied because he looks different.

Self-esteem arises from the most basic of emotions: whether you feel that you are loved and supported enough or not.

Research has shown that there is a strong relationship between self-esteem and one’s ability to stand up to bullying, which requires a healthy support system where you feel safe and backed enough to stand up to harassment. This support needs to happen the first time you were targeted as a child. You can, however, go back to those first moments of being shamed and reframe your response to be the loving support you once needed.

“In his book Flow: The Psychology of Optimal Experience, author Mihaly Csikszentmihalyi says that you take in approximately two million bits per second of sensory information, and yet you’re only able to assimilate 126 of those bits. Because your conscious mind is not equipped to grasp everything occurring in your environment, you go through an internal process of deleting, distorting, and generalizing your experiences. As information comes in, it’s funneled through your internal visual representations of how you view the world. The data—and how you are interpreting it—is filtered down through your current mental, emotional, and physiological states, which you then ‘act out’ through your attitude and behaviors. In a nutshell, how you perceive and interpret your beliefs to shape your experiences—filtered through your current mental and emotional states—and will determine how you respond.” (Source: Tris Thorp, The Chopra Center)

Reframing your first shaming event requires that you revisit the experience, which can be very painful and why many people avoid doing it. We mistakenly believe that it’s better just to move on. But if the event still influences your belief in your abilities, your feelings around deserving love, and viewing yourself through a kinder filter, then it needs reframing.

Healing your wounded past is a crucial step towards self-confidence and healthy self-esteem. It requires fixing your internal negative perceptions by examining what happened to you, and not the version where you blame yourself and take on what was said as if you were at fault because the adults around you made you feel like you should.

By looking back at the age you were at the time to ask yourself if you were protecting a child that age, would you have allowed what was said and done to happen to that child? Of course, you wouldn’t! Reframe the memory with what you would have liked to have happened when you were that child. Love that beautiful child from your past!

Do the necessary healing work so that you can create your dream future based on who you really are and what you were born to achieve.