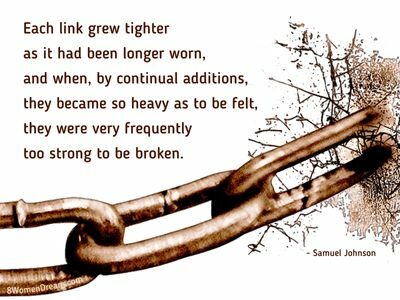 Completely unexpectedly, I have discovered the 100% truth about money and me. And it’s not what I thought it was.

I saw my doctor yesterday, to get evaluated for Adult ADHD. I had pegged myself with an executive function disorder and wondered if I have undiagnosed ADHD.

I made an appointment to be evaluated, which got accidentally double-booked, and so they gave me to a different doctor than the one I started out with. That turned out to be a good thing because the doctor I ended up with is a forensic clinical expert in undiagnosed ADHD.

After five minutes and a quick review of my paperwork, Doc said, “You do not have ADHD.” Period. Full stop, while she just looks at me.

But wait! What about this executive function problem I have? I can’t get started on anything. If I do start, I don’t finish. I procrastinate. I’m disorganized. I can’t remember anything. In short, I have not achieved much of anything that I have ever wanted to achieve!

Isn’t there a pill you could give me? Some kind of cure? Something to make me…better? Successful? Capable? Normal?

She said: “It’s kind of silly for me to even ask this because you live in the Bay Area, and you’ve seen a counselor in the past, so I’m sure this is something you’ve already explored, but here goes. Has anyone ever worked with you on success/failure issues?”

Uh, no. It never occurred to me to ask about anything like that, and no one’s ever suggested it to me. I mean, I’ve heard of it, and as a coach, I’ve seen it in other people–I just never applied it to myself.

Doc raised her eyebrows in surprise and said, “It looks to me like you have adopted executive function deficits as a strategy to avoid success. You have all the classic symptoms of fear of success. Any idea why?”

Whereupon, to my complete surprise and embarrassment, I burst into tears. Because it was the first time anyone had ever asked me the right question.

I’ve been asked questions like, “What’s wrong with you?” “Why are you so lazy?” “What were you thinking?” “Where is your head?” and “Why are you not living up to your potential?”  Lots of questions like that. I’ve just never been asked why I might be avoiding success. Yet when she asked me that question, I instantly knew the answer.

The answer is, that I want people to stop depending on me, and I don’t want to have to say that out loud.

I’m overwhelmed by people depending on me, and I would like it to stop, or at least ease up a little. But it’s too hard and too scary to say something–like “no,” for example–to get it to stop. So I fail at things that I am clearly capable of accomplishing, to prove that I am unreliable and flaky, and no one in their right mind should be depending on me.

As I’m sitting there weeping, Doc points to the box of tissues next to me, lets me blow my nose and wipe the mascara off my cheeks, and then she asks:

“How’s that working for you?”

And that’s the not-so-funny funny part. It hasn’t worked at all. In spite of all my best efforts to prove to everyone that I am totally flaky, irresponsible, and unreliable, my main function in life has always been taking care of other people.

And this is exactly what I do with money.

For all but the last five years of my adult life, I have been the sole support of my immediate family, and the supplementary source of support for my extended family. My first marriage was to a guy who never worked a day or earned a dime in the entire 15 years we were married, just to give you one example.

I didn’t want it to be that way, and in desperation, I failed. I failed at almost everything you could fail at when it comes to money. We had utilities cut off for non-payment. We had to move repeatedly for a while because I wasn’t earning enough money for the lifestyle we were living. We were always overdrawn. I lost a business, for heaven’s sake. I went bankrupt.

What the heck does a girl have to do around here to prove that she does not want to be the sole support of a family?

So that’s it–my 100% truth about money. I fail to manage it. I fail to save it. I fail to make intelligent, thoughtful decisions about it. I do outright dumb things with it. Can’t you people see that I am a total loser when it comes to money? So don’t be depending on me to support you, okay?

That is the first thing I’ve ever written that is the 100% truth about money and me.

« How To Learn What You Want To Do: March Product Launch Status
The Other Side of the Dream Story on Living at a Vineyard in Willamette Valley »