What does it mean to be a modern woman? Award-winning documentary film-maker Jennifer Fox took this question on the road, traveling the globe and interviewing women who are contending with relationships, families or the desire for one, and questions of identity while in pursuit of their dreams.

Her latest documentary film, Flying: Confessions of A Free Woman, airs on public television in two parts, on March 17 and 24 at 8 p.m. The film follows Jennifer Fox’s personal journey around the globe to discover what it means to be a woman today.

While juggling her career and multi-partner love life, Jennifer Fox finds herself in a crisis over who she is as a woman. Flying: Confessions of A Free Woman utilizes a unique technique of “passing the camera” to capture intimate conversation amongst women, and addresses issues for women that cut aross race, class and nationality.

I recently spoke to Jennifer about how she came to live her dream of being a film-maker, and about what this film means to her. 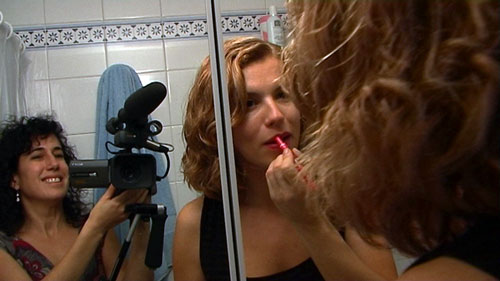 LPG: How did you come to be a film-maker? Was it something that you always wanted to do?

My dad was super progressive and taught me that “girls can do everything that boys can do.” They were tough working people, and they really encouraged me to explore, and to figure out what I wanted to do.

I was an exchange student in Israel when I was 15. I always knew I wanted to travel, and thought I wanted to write, or be a lawyer.

My parents taught me that I have to give back to humanity. I had two legal internships while still in high school, and decided I didn’t want to be a lawyer.

In college, I majored in international relations until I discovered it was all economics. I quickly switched to writing and thought I will write and I’ll travel. That turned out not to be satisfying.

I found film in my second year of college. I transferred to NYU from Hopkins and suddenly I found what fit.

I was 19 years old, and film fit me like a glove. I was studying fiction. One of the women I was working with on a fiction film was older than me. She left to go back to Lebanon to get her family out.

I dropped out of film school to make a film about her family in the Lebanese war. I was 21.

I really think that by the time I got to film school I had most of the real skills I needed – the cornerstone of being able to do the work.

In 1986, the film won at Sundance. It took a long time to achieve that.

But I never was told I couldn’t do something because I was a girl. And [my parents] really supported my creativity when I was growing up. I remember when I was 10 or 11 years old, working on projects for school. Sometimes I would stay up all night, and my mom would wake up at 3 a.m. and give me cookies and milk. 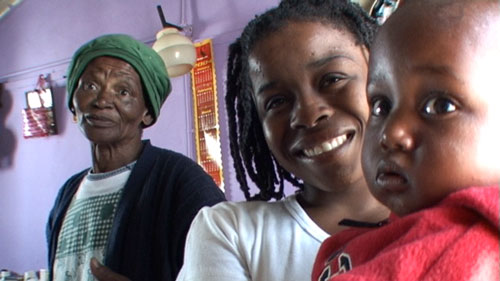 LPG: Tell me more about this film. Where did you get the impetus to create Flying?

Jennifer Fox: Things gestate for a long period [for me]. I was working on another big series that I made called American Love Story.

I was in my 30s and had very rarely been single. I was in a series of romantic relationships.

I began to notice that [in my life] the men changed but the women stayed the same.  I was having these amazing conversations with my [female] friends who lived all over the world.

The way I was speaking to women was so different from my conversations with men. These conversations kind of helped to hold my life together. They were not solution-oriented, and had a circular quality to them. It was more about sharing, listening and reflecting.

I realized that it was WOMEN holding my life together, not the men.  This was a huge revelation for me.  A huge reframe.

Here I had discovered that I thought I was this free woman, and yet I had this secret underlying feeling that without marriage and children I was somehow not complete.

That combined with a theme I’ve been working on – these two ideas began to work together in a film.

I wanted to do a film about two things: What does it mean to be a modern woman? And is there something different about women and men? Is there a female language?

Flying is my walking backwards towards being a woman, placing myself in the picture of sisterhood. It is my exploration of “what is this thing called FREEDOM,” and am I really FREE, which of course I am not…

Nobody’s free. Nobody can be free. It’s almost an impossible journey. But we’re all on the journey towards freedom…

I discovered [at the end of a relationship] how unfree I was. I was this modern woman who inside had a very pathetic 1950s kind of shackle.

LPG: Are there any political causes you would like your viewers to be more aware of?

Jennifer Fox: Violence against women. It’s a big catch-all phrase. It’s right that girls have to be more afraid than boys [because of the state of the world today]. In a lot of ways as a kid I put my head in the sand to be able to do what I wanted.

You find violence everywhere, from upper-class to lower-class, so far beyond class and culture. It’s been a reality of my life. I have paid for my freedom dearly, and I am scarred partially from that.

Yet I accept that. I’d rather be scarred than live in a cage.

Despite it being 2013, the misogyny is everywhere…

Stayed tuned for more from Jennifer Fox in next week’s post!

And don’t miss out on part one of Flying, airing on public television on March 17th!