Attending his celebratory dinner party heightened my awareness of how important it is to do what you were put on earth to do and how living your life this way appears over the course of one’s lifetime.

I thought it was for the union benefits and the decent wages just like many Americans… who are dead wrong,

If you stay with me here you might gain some insights into living your passion and finding your niche.

Our father wanted my brother and me to go to college. He was determined that his children wouldn’t use their bodies to make a living. He wanted us, instead, to use our minds (like there is any job on earth that you don’t also use your mind?).  Our father died when I was 18 and my brother was 21. Most kids would have dropped out of college at this point (I did).

He went to his construction job during the day and attended college at night. After all of these years, I still wonder how he did it. Our father wanted my brother to be a lawyer. To our father, construction was hard on the body and shortened your life. My father was a Teamster.  He was 49-years-old when he died.

He was living proof of what he believed about construction work. 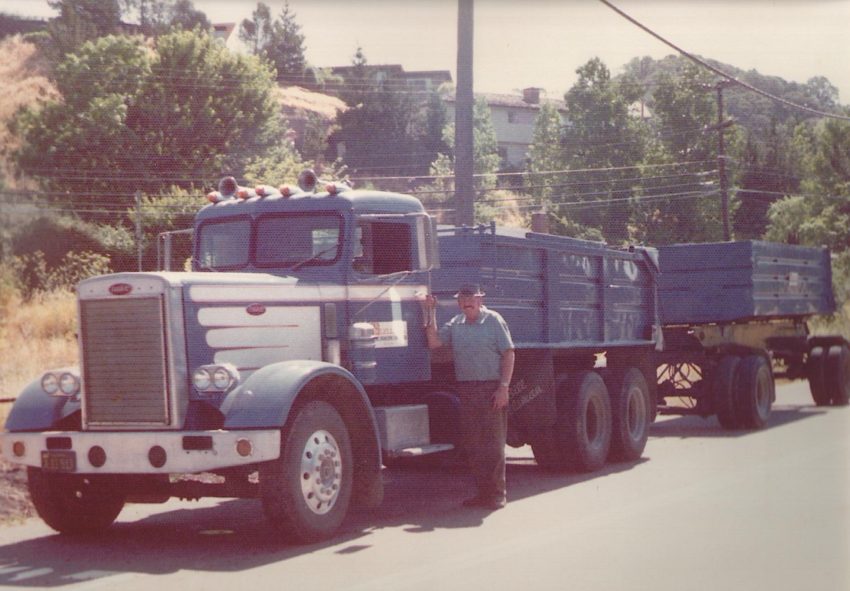 But…. my brother decided not to become a lawyer.

Up to a few short years ago, I thought that the only reason that my brother stayed in paving construction because he was making good money and he didn’t want to leave that good money after he graduated from college with a business degree. I thought he’d settled and had taken the easy way out.

It wasn’t until I completed my own 8WD Passion Test a few years back and reviewed my childhood that I remembered how my brother was always digging in the dirt. Each year of our childhood, in the fall and winter, my brother and his best friend (who lived next door to us) would create a quarry/construction site in the patch of dirt that would become our garden in the spring.

Their quarry was not your typical construction site. They had deep tunnels, tall mountains with small trees, and they diverted rainwater to levies.

It looked like it was designed by engineers.  They were the early 1970 nerds.

These were future construction engineers at play, but I didn’t see it.  Even though I’d sit on the sidewalk and stare at their magic creation for hours once they’d take off on their bikes for parts unknown.

They never half-assed their play.  It was perfection.

We were supposed to be sharing this patch of dirt in our backyard.  I loved to plant things and he loved to pull things out of the ground.  These are my favorite childhood memories.

At the retirement dinner, after enough cocktails, the stories finally came around to how much my brother loved digging in the dirt.  It was his thing.  His niche.  He’d been known for saving costs on how he’d estimate asphalt pours.  And being outside all day was pure heaven for him.  It’s all everyone talked about.  Our mom just kept nodding her head. 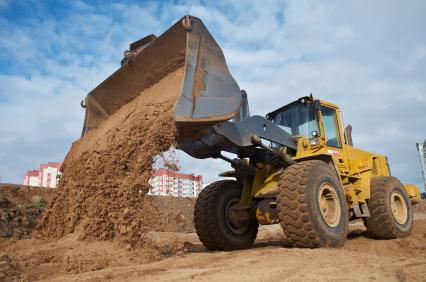 My brother and his life-long friend (who also became an operating engineer and dug in the dirt) shared stories about the years they spent as boys playing in the dirt, whether digging the garden up, or riding their bikes down through the old, scary dried up creek bed near our neighborhood.

No one was surprised when after college, they both ended up operating heavy equipment and digging up dirt.

It suddenly dawned on me that my brother had been doing what he was called to do his whole life. He beamed at the retirement dinner when he talked about what it was like to crawl up on a piece of heavy equipment. The other men nodded in agreement.

My brother was good at his career because it was his calling.

I called my brother’s house a few days after the party to see how retirement was treating him.  His wife told me that he was out driving the tractor on the property… digging up dirt.

I firmly believe that doing what you love involves doing what you once loved as a kid. That thing you were good at.  That thing you’d sneak away from your chores to do. Your history tells you everything you ever wanted to know about living your dream. The problem is that we all too often let the voices of people, who may or may not have had our best interests at heart, sway us away from our true calling.

My brother’s childhood construction quarries were fascinating to me because when someone is doing what they are called to do they do it with such perfection that you stand back in awe. I remember how amazing that construction site would always look when they were done.

It was like something you’d stare at in a museum. Everything was to scale.

My brother was never satisfied with the quarry and would continue to improve upon its design for the entire 6 months it would be in operation.

This is how you know you are doing what you’ve been called to do. It feels like a drug. You can’t stop yourself. You are never satisfied.

Mark Stevens of Forbes magazine feels business owners should never be completely happy because every successful company is a work in progress, so their pursuit of better performance needs to be relentless.  Great dreamers are never satisfied because they are in love with what they are doing.  It’s their calling.

You must feel called to it and want your dream to be the best.

Your dream should call out to you to do more.  You should want to run towards the challenge. If you find yourself thinking, “What the fuc*?” shrugging your shoulders and releasing your dream out on to the world without another thought, then I am here to tell you that you are not living the right dream.

You are not doing what you are called to do.

You have to love your calling like an obsession. Just like my brother and his dirt-digging, who only days after retirement was back on heavy equipment digging up the ground. I can guarantee you that it’s the most perfect dig that you’ve ever seen.

It’s his niche. It’s his calling.

You won’t create a fascinating website with half-assing your dream. You won’t build a successful online business with just “good enough.” Your dream won’t come true with “I’m done” when it isn’t.

If your dream doesn’t call you to work it, work it, and work it over and over again until it’s the best it can be and you still aren’t satisfied then you are just wasting your precious time here on earth doing something because you think you should — not because you are being called to do it.

Do something else. Find your real passion. Quit half-assing it.