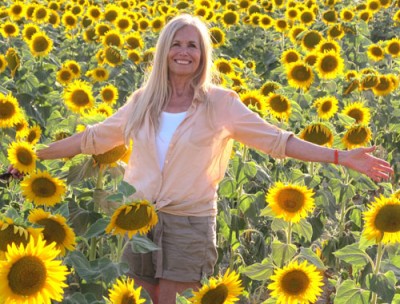 Research shows that by the end of January, 1/3 of people who set New Year’s resolutions will have broken them. They say that only 8% of people will achieve what they set out to achieve by the end of the year.

Rather than focusing on these depressing statistics, I’d like to share stories of inspirational people who have created themselves anew. We can recreate ourselves at any age.

We need to truly want it, and to believe in a new vision for our lives. We need to be willing to take the small daily action steps that add up to miraculous “overnight” change.And sometimes we need to just leap, and declare it:

This is who I am, as the next greatest, grandest version of me.

Creating Ourselves: Launching A New Career In Her 70s

She is now a best-selling author, internationally renowned lecturer, and health coach. Mimi eats a totally raw vegan diet – 100% plant based and with nothing cooked, although some foods may be dried using a dehydrator.  Mimi has four kids, and seven grandkids. She has been a vegetarian for the better part of 40 years, and rode the wave when she won the PETA award to build a whole life around helping others to eat healthy.

She says she loves public speaking most of all the things she does now, because she believes she can reach the biggest audience and help the most people.

I love this woman’s beauty, zest, desire to help and spunk. I want to be like her when I grow up!

Creating Ourselves: From Welfare to Multi-Millionaire

Everyone knows by now who J.K. Rowling is. While she was still writing the first Harry Potter, she was on welfare, raising a baby on her own after her estranged husband left her just months after the baby was born. She had first conceived of the idea of a boy going to wizard school during a train delay in 1990, and says the story dropped full-born into her mind.

Of course she expanded it over time, including adding more about the painful loss of Harry’s parents after losing her own mother to multiple sclerosis, and adding the character Dementos after experiencing clinical depression and contemplating suicide herself.

In 2004 Forbes named her a billionaire and the second-richest female entertainer. She disputed being a billionaire but said she had “plenty” with the profits from the books and movies. Rowling remarried in 2001 and had a son in 2003. She supports many charities, including some for multiple sclerosis, Comic Relief, and she is the president of the charity Gingerbread, which supports One Parent Families.

All of this happened because she wrote a story of wizardry and magic that is struck a nerve with readers, both children and adults. It seems we all needed some more magic in our lives!

Thanks to “Jo” for bringing the magic back. 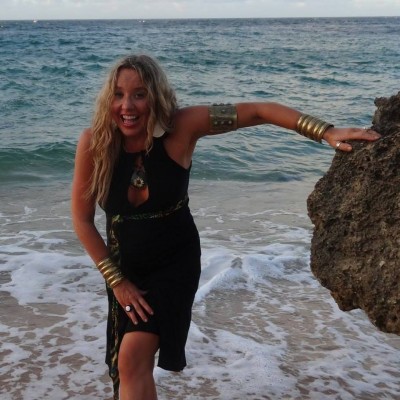 Creating Ourselves: Transmuting Suffering Into Joy!

My own personal hero is a dear friend and Goddess sister, Siobhan Neilland. I met Siobhan when I sang with her in a gospel choir at Glide Church in San Francisco.

I didn’t know her story at the time, but I loved her radiance, joy and energy. I was drawn to her right away.

I would later learn that Siobhan had launched a charity in Uganda called OneMama, that provides birthing clinics for to save the lives of mamas and babies, and that helps create economic structure for families to make it on their own.

Siobhan also launched a cosmetics company called Shaboom to help fund OneMama, and managed to do all of this while working full-time as a six-figure consultant for Amazon.

Siobhan swims in the ocean at China Beach regularly, in her bikini, vs. a wet suit. It helps her to feel more alive and less afraid and to conquer whatever she needs to face.

Siobhan’s childhood was incredibly traumatic, full of abuse and neglect. She was addicted to narcotics by age five, thanks to her cult leader father, and was later abused in foster care.

She was kidnapped from foster care by both parents. Siobhan was told more than once as a teenager that she only had months to live.

She quit drugs and drinking completely at age 19 and started to turn her life around.

Someone with Siobhan’s background should have been a statistic. The odds of her making it, surviving and thriving were slim. This spring, Siobhan will be a U.N. delegate in NYC for OneMama. It is a proud moment and a chance to be a voice for the women who survive on less than $1.25 a day and who normally have no voice.

Siobhan has become a sister to me and I help support the work of OneMama. I’m so proud to know her!

Creating Ourselves: I Am My Next Success Story!

I am next in line. I have already reinvented myself so many times – from professional dancer to community leader in Troy, New York, to Harvard graduate student and world-traveler to blogger, public speaker and life coach.

It’s time to take it to the next level with my own businesses, including my writing, speaking and coaching. I feel called to serve the world at a bigger level.

I have a lot of exciting dreams and goals in the works for 2015 and will be reporting back in here. I want to say at the end of this year that I transformed myself again, rising to the next level.

I want to make myself and my fellow dreamers proud.

Stay tuned to see who I will become in 2015. This is our year to shine brighter than ever, dreamers.

« Fitness Challenge: Get Some Fresh Air
How are You At Accepting Compliments? »