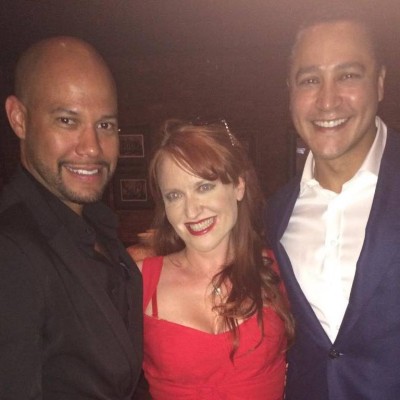 In June 2005, I achieved one of the biggest goals, milestones and dreams of my life to date: I graduated from Harvard University. This year, I was blessed to celebrate the 10-year anniversary of that occasion.

I was ecstatic when I graduated, and found a lot of joy and happiness in regrouping with my classmates. We reminisced, caught up on everything, and made new memories.

I earned my Master in Public Administration degree in an intensive year-long Master’s Degree program at Harvard. It was one of the most exhilarating, fun and challenging years of my life so far.

It took a lot of hard work to apply, including writing five admissions essays. Really, no matter how smart or accomplished a person may be, I think the process of applying to Harvard would make just about anyone a little bit nervous!

None of my classmates felt sure we’d be accepted when applying. And I think many of us secretly wondered how on earth we got in!

But I did, and I was given the privilege of studying best practices in government alongside some of the most intelligent, worldly and impressive people I have ever met.

Every day I felt like a kid in an intellectual candy store, because every conversation was enlightening, enriching, interesting. You could practically feel the zap of neurons connecting;  the air around me felt electric.

Classes were demanding, and I struggled in some. After bombing my first urban economics quiz, I started spending an inordinate amount of time with my teacher’s assistant in study sessions.

Luckily most of the class did poorly on the first quiz, and it was on a curve. But it was humbling in a good way to be fiercely challenged, to stretch my brain and push myself to open up to new perspectives. 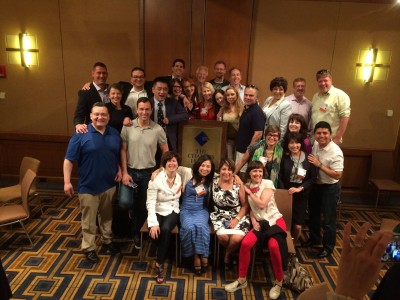 Harvard rocked my world, in the best way. Most of all, I was enchanted with my classmates, who hailed from 81 countries around the world.

Many were top-level government officials, advisors to presidents, founders of global nonprofits organizations. Here I was, this community leader from little itty-bitty Troy, New York, playing in the “big leagues” with people whose policy decisions could affect the lives of millions.

I decided that bonding with my classmates was every bit as important as getting a good education, and I gave both nearly equal weight in terms of my priorities. I ran for class office, and was elected Class Representative both semesters, which meant that I organized a lot of events for my classmates and helped ensure that everyone got to socialize, and not just disappear into the library endlessly.

The fact that I formed close friendships continues to be a blessing in my life a decade later. I wouldn’t have missed my reunion, and the chance to catch up with my amazing, world-changing classmates.

I also of course got to share my latest news with my classmates. Interestingly, right before my reunion, I was asked to run for Mayor of my little historic city of Troy, which was once my biggest dream.

Yet in the years since, I became a life coach, starting doing more public speaking to empower and inspire women, wrote a draft book manuscript, and started blogging for 8womendream. Politics is no longer my top aspiration; instead my goal is to touch, move and inspire millions with my words and actions.

I find more joy in working with women to help them live an inspired, happy life than dealing with the negativity that is part of the reality of political life. But it was reassuring to know that I could have pursued that dream, if I wanted to.

Sometimes we choose a new dream. There’s never anything wrong with switching direction if your heart calls you to do something new.

It was good to have had the opportunity to consider running, and to know that I simply didn’t resonate with the goal anymore. Moving on was very much my choice, and I felt at peace with the decision.

The Joy of Reconnecting

The best part of being at the reunion of course was spending time with my incredible classmates. Not surprisingly, many had been busy accomplishing dazzling things in the world.

Classmates also had gotten married, or divorced (as I had after Harvard), had children, moved to new parts of the world. It was wonderful to catch up and learn more about all of their adventures over 10 action-packed years.

So much had happened for me too, although I initially was a little nervous about telling my classmates that I turned down the opportunity to run for mayor, which was my big dream while I was at Harvard. Luckily, everyone was just happy for me that I am at peace with the decision and that I have found other work that I love.

Sometimes we spend too much time or energy worrying about what other people might think, when honestly those who care about us are just happy that we are happy. The reunion was a good reminder that what matters most is just connecting with people, and that love and friendship are not based on job titles or accomplishments but just who we are at heart.

I am simply so blessed to have so many amazing friends around the world!