I recently have been in touch with Harvard classmates planning a reunion dinner in Dubai this fall, and was reflecting on all I learned while attending the Harvard Kennedy School of Government, earning my Master in Public Administration degree.

What Harvard taught me about life was much more than just about the academics, much more than economics, politics, management and leadership, even though those were topics I studied.

As I work on my book and dancing career, and enjoy my travels this summer, I’m thankful for all that I learned, and that I had the opportunity to study at Harvard, which was of course a dream come true as well. 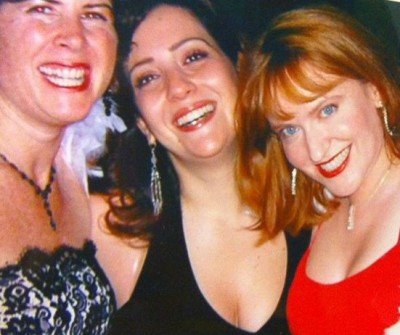 First and foremost, being at Harvard for me was all about surrounding myself with people who inspire me. I remain inspired, sometimes even somewhat in awe, of the greatness, work, courage, and fierce spirit and love of my Harvard classmates from around the world.

I also got into the Wagner School of Public Policy at NYU back when I applied in 2004, and was offered a Dean’s Scholarship there. When I visited, the admissions committee told me that they would look to me to be a leader for my class.

Yet I wasn’t sure that I wanted to start out at the top of my class, when at Harvard I’d have the chance to learn from so many people who had experiences around the world that left me in awe.

I applied to graduate school at age 33, whereas many of my prospective classmates at NYU were younger, recently out of college. I  had more years of leadership and experience under my belt as an active community leader in Troy.’

At Harvard however in the Mid-Career Master in Public Administration program, my 216 classmates were from 81 countries, and ranged in age from 26 to 61. There were ministers of finance and agriculture, advisors to Presidents, people who worked for Parliament, leaders of global NGOs, members of the military, financial wizards, former elected officials.

I was just a neighborhood and urban revitalization activist, a community leader, from the small city of Troy, New York, which has a population of just over 49,000 people. I could not believe that I was chosen to study with people who were out there doing such incredible work on such a big scale around the globe.

It was incredibly humbling to be in the presence of so accomplished leaders in so many fields, all of whom were so passionate about making positive change in the world.

When I went to visit the campus, and toured around with a current MPA student, I swore I could feel the neurons popping and forming new connections in every single conversation I had with students there. Every one I met inspired me, and I felt like a kid in a candy store, intellectually.

I wanted to be challenged, and wanted to learn and grow daily, and I felt like Harvard would stretch and challenge me like never before.

I also knew that I wanted to find a way to serve while I was at Harvard, and to make a contribution to my class somehow. I was lucky to be toured around the campus by a bubbly, extroverted and brilliant woman, Elaine, who was a connector.

I loved her outgoing personality, so much like mine, and thought to myself, well I can contribute by being me, and by organizing events. This is one of my fortes. I’ve always been a great party planner, and often organized fundraisers in Troy as well.

I decided that I would help plan social events for my classmates, and do what I could to help everyone to connect. I knew that making friendships and lasting relationships was equally as important to me as what I learned academically.

I gathered up the courage to run for elected office as a class representative and was one of six selected. I let myself have fun with my campaign platform, which was about “Unleashing Your Inner Rock Star.”

In this role, I had the privilege of helping to organize events and to keep my classmates engaged socially and not just buried in the books.

For me it was a personal quest as well to get to know as many people as I could. I wanted to connect and learn from everyone I possibly could.

My heart opened especially for the international students, who were just over 51% of our class, and many of whom had made incredible sacrifices, sometimes including leaving family behind overseas for the year, to be here.

I am so fortunate that I built amazing relationships with so many friends, from six continents, many of whom told me that my friendship did make a difference.

Standing Together in Times Of Crisis

One of the defining moments of the year was an incredibly scary time, when we all stood together for one of our classmates. A dear friend of mine was mugged and beaten on her way home from Whole Foods in Cambridge, in the middle of the day.

It was terrifying. She fortunately was okay, but tremendously shaken by the experience, and not wanting to be left alone.

My classmates and I took shifts staying with her in her apartment for several weeks, and walking her back and forth to campus. I decided then that no matter what I choose to do in my career next, I wanted to be someone who could be there for friends and family when really needed.

The most joyous time of my whole year was the week before graduation, when I finally had a chance to grab lunch with a dear friend from the Democratic Republic of the Congo. We’d been trying to get together for weeks, but our schedules were so busy.

At an Ethiopian restaurant in Harvard Square, we shared injera, a spongy form of Ethiopian bread, dipped into a giant shared sample platter of spicy dishes.

The waitress thought we were a couple, and we let her think so. She just doted on us, and said to me at one point, “You are not like a normal American. You have so much joy!”

David shared stories of his parents growing up in a 12′ by 14′ hut in the DRC. Here he was at Harvard, a true leader who’d been asked to run for office in the DRC and had so far turned it down, due to possible assassination risk and not wanting to bring that upon his children and family.

As we broke bread together and sipped sweet honey wine, various Harvard classmates of ours wandered by outside in Central Square, and I jumped up to grab them and bring them inside.

We ended up eating, drinking and laughing together for five hours, along with friends from Uzbekistan, Armenia, Italy, England, Houston.  We shared stories about cultures and dowries and life and traditions in each country.

At the end of the lunch that lasted all afternoon, Gayane, a beautiful and fearless friend from Armenia, read our coffee grounds. She said that she saw happiness in mine, and hills (I was about to head to San Francisco, so this seemed apt!).

I woke up the next morning crying tears of joy, feeling so thankful to know such incredible people. It was one of the biggest gifts of my life!

What Harvard Taught Me

1) Surround yourself with people who inspire you. Whether it’s through school, community, activities, mentorships, or just online, it’s so important to find people who inspire us to be and do more. Never before had I been surrounded daily by people who taught me so much and inspired me to be all that I could be.

2) Find a way to use your gifts to serve, wherever you are. I was so humbled by being amongst such greatness, and didn’t know how I could make a meaningful contribution at first. Then I realized that just “being me” and doing what I do best – which in this case was organizing events, making friends and connecting people – was exactly how I could make the biggest difference. In the end I was honored as one of the top ten classmates who made a contribution to my class. Such an honor!

3) Connecting is what it’s all about. I absolutely feel that the friendships I made at Harvard in the end were an even bigger gift than all I learned academically.

4) Being there for others is a gift. I was so lucky to be able to be with my dear friend during her time of need, and she was blessed to have a supportive community surrounding her. None of us can make it through the tough times alone.

5) The universe creates magic, bringing people together for moments of great joy. The luncheon with David was one of the most magical, synchronistic moments I’d experienced in my life. It was as if our laughter from inside the restaurant kept magnetizing more friends to us.

No matter where you are in the world, it’s the people you are with who are the true gift. My time at Harvard was a great reminder of that truth.