You Are Here Home » WRITE WITH US » Warning: I Am No Longer Temporizing My Financial Freedom Goal 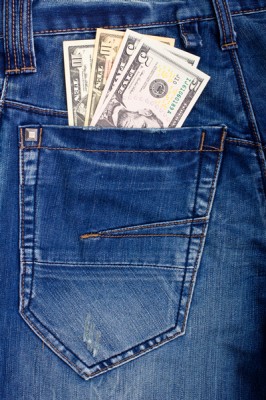 Autumn always makes me ruminate on life. In this case, it’s making me ruminate on the fact that I am closing in on the end of a year as 8 Women Dream‘s Financial Freedom blogger.

As we draw near the end of this year, I’m starting to think about what I’ve accomplished here on 8 Women Dream, and what I’d like to accomplish next (assuming I’m asked back for another year, which I hope I will be).

Even now I can’t really say if I’ve actually accomplished anything specific. Except that I haven’t bought yarn for months and months. That’s saying something, right?

In retrospect, I think that naming the problem was actually goal enough for me to start with.

In one of her books (I’m sorry, I forget which book, but they’re all good so your time wouldn’t be wasted if you had to read several of them to track down this concept), Natalie Goldberg talks about the importance of naming things. By naming things we give them shape and identity. She says that speaking the name of something is an intensely intimate act. You can know this by remembering how you felt whenever you spoke the name of your first love – especially if you said it to his or her face.

It was enough to make your knees wobble, wasn’t it?

When we name things near to us, we give ourselves a handle to hold onto and a way to address the object of our attention. Imagine if you didn’t give your children their own names; or if, like George Forman, you had 27 sons (I’m exaggerating) and named them all George (I’m not exaggerating about that part). How would you establish intimacy if you couldn’t call them each by his or her own unique name?

So, in the first 10 months of 2011, I have pretty much named my disaster: I am not good with money. Or at least, historically I haven’t been good with money. To be able to say that out loud to you, Dreamers, has in a way both freed me  from the tyranny of it, and married me to my desire to get control, for once and for all.

But it’s not enough, just naming the dream. If I’d named my two boys at their births and then left them to raise themselves, where would they be now? They’d be named, but that’s about it. It’s good for a start, but not enough for the long run.

Which brings us to today, just a few short months from my one-year anniversary. Time to think about setting a new goal. I could switch dreams entirely – there are so many to pursue in life – but I think it’s way too soon for that.

The last 40 paragraphs, by the way,  have been nothing more than clearing my throat, ginning up my courage, and getting ready to sing. Because I know what the goal must be, and I’m scared to say it. I don’t know if I can do it. I’ve never in my life ever done it – not in a small way, and certainly not in a big way. I know you’re supposed to dream big, but this one – this one seems like dreaming huge. It’s the Godzilla of all dreams.

At the same time, there’s no getting around the fact that it’s a goal I must pursue if I’m ever to live up to my designation as the financial freedom blogger here on 8 Women Dream.

I hate those kinds of goals: the ones that terrify you with their seeming impossibility, while at the same time haunting you with their absolute necessity.

It would be like if someone told me that I would die if I didn’t give up cheesecake forever. That would be seemingly impossible, and also critically necessary and non-negotiable.

Okay, enough temporizing. You know what that means, right? I do, because I looked it up. To temporize is to postpone making a decision or avoid making a commitment in order to buy time. Mrs. Temporize, that’s me.

Here is the goal I am committing to.

Like all of you Dreamers are no doubt doing, while I am not.

This will take a major mindset shift. My current mindset looks something like this: when I find $10 in the washer, (1) it’s mine (no matter whose jeans pocket it came out of), and (2) free money! I can spend that!

Not anymore. It’s still mine, but it’s not free money. It’s savings, baby.

World of Dreamers, if you have any advice, tips, and tricks to help me get ready for this goal, please share in a comment. I’m going to need every one of them.

« Sweet Cocktails and Recipes: Dream Big For National Dessert Month
The Genius Diet: Why Chocolate Doesn’t Fill You Up »