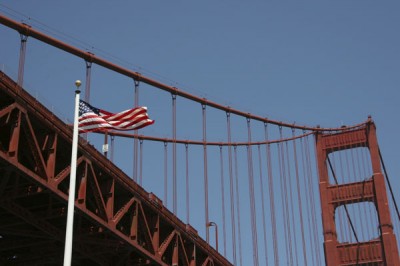 Today is not a day to write about my financial independence dream or the topic of money. Money is far too small a subject for Memorial Day. This federal holiday is a day best spent honoring the fallen, who gave up their dreams so we could have ours.

I was raised to be adamantly anti-war. I was also raised to honor the dedication and sacrifice of soldiers who fight and die in the very wars to which I’m opposed.

Really, “honor” is too bland a word.

Because in fact, I would not be here if it were not for a platoon of American soldiers who saved my mother at the end of World War II and put her in a military hospital (against regulations) when she was dying from acute malaria.

My mother is half Filipina, half American. She was born in the Philippine Islands on the tiny island of Negros and spent World War II hiding in the jungle, always on the run to evade the Japanese occupation force. She was five-years-old when the occupation began, and her brother was only three.

My Filipino grandfather was the commander of a ragtag guerrilla force bent on harassing and sabotaging the Japanese occupiers.

My grandmother, a big-boned American farm girl, had red hair and towered above the natives; she was almost six feet tall. Many years later, as a little girl, I noticed that you couldn’t fail to see my grandmother in a crowd of Americans–she was that tall and that imposing. Imagine how she must have stood out among the small-statured Filipinos with their olive skin and blue-black hair!

In other words, hiding her in plain sight was out of the question. Unlike Americans Alice B. Toklas and Gertrude Stein, who faded into the French countryside and waited out the war right under the collective nose of the Nazis, there was no fading possible for my grandmother. There was no other choice but for her to take her young children out to the jungle and hide. She lived this way for four long years.

The Japanese were well aware of my mother’s family and routinely patrolled the jungles looking for them. 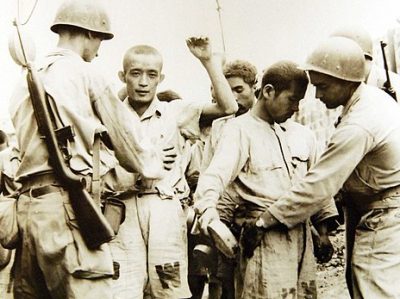 This woman and her two young children lived in caves or slept out in the open when they had no choice. For four years, they never spoke above a whisper. For months at a time, they uttered no sound at all because sound carried so distinctly in the jungle.

They were fed sporadically by locals who left them rice or brought them meat, at their dire peril. Often they ate nothing at all for days at a time, because whatever grew wild had already been plundered.

There was always the threat of being betrayed; the Japanese were ruthless and would not hesitate to torture or beat information out of anyone they suspected of knowing even the smallest bit.

And there was the knowledge that if they were captured, this woman and these two children faced public beheading as a message to the American people and the forces of insurrection in the islands.

When finally my grandmother walked her two children out of the jungle, having heard that the American expeditionary force had landed, my mother had a fever of 106 degrees and was delirious. She had not had shoes for more than three years. She was wearing the same little dress that she had worn since the day she ran out of the house and into the jungle as the Japanese were coming up the road. Walking in a crowd of native refugees, my grandmother’s obvious foreignness was now a blessing instead of a threat.

A military jeep pulled up, and an American soldier asked her incredulously, “Are you American, ma’am?”

And thus my mother was scooped up and admitted to the military hospital, where she hovered near death for six weeks and then began a slow recovery. She would suffer from latent malaria for another 35 years.

When I was a girl, every time we would make the drive from our hometown to San Francisco, California, my mother would point out the mothballed fleet of troop transport and battleships anchored in the Carquinez Strait. The troopship that brought her to America–the USS General A. W. Brewster–was among them.

She would tell us about the long voyage to America, just three civilians in a crowd of returning soldiers. She talked about sailing under the Golden Gate Bridge, and about the dense fog that shocked the tropics right out of her. A kind relief worker wrapped her in a wool blanket and shouted simplistic English at her, unaware that she spoke perfect, fluent English. Her black hair and eyes hid the fact that she was half-American.

In my family, we have always celebrated Memorial Day with a mixture of sadness and joy. 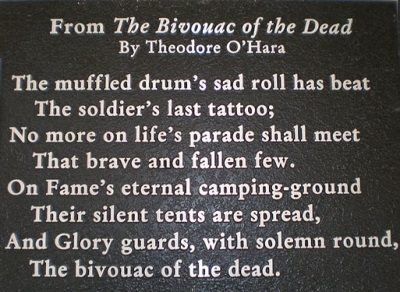 In a little cemetery near my mother’s hometown, our relatives who have fought and died in battle are buried. My mom remembers all the people of her childhood who died in the Pacific theater.

We take flowers to the cemetery, and we ponder their sacrifice. But we also scarf down fried chicken and potato salad. We laugh and take pleasure in the first official day of summer.

We take the holiday to appreciate the life we’ve been given.

It’s easy to take it for granted. My mom is just a typical mom. Being conventional is, after all, living the American dream. But she’s able to be typical precisely because American soldiers saved her.

For that, we are always grateful.