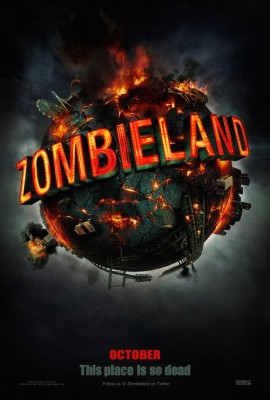 Good day to all you aspiring screen writing dreamers and movie aficionados! What are you doing while you wait for Hollywood to call to tell you the fabulous news that they want to buy your script? There are many things you can do while waiting for your Hollywood dreams to be realized.

Have you ever considered writing a movie review?

This is my second movie review. It’s a horror movie, something I’d normally never pay good money to see, but I’ve heard so many people rave about it and my favorite character actor, Billy Murray has a cameo in it. In my blog last week titled, How Do You Get A Screenplay Read by Bill Murray, I promised to see it and comment about the movie.

Let me preface this by saying – never, ever watch a horror movie while eating pizza (at least, not hot gooey pizza with olives and mushrooms that can take on the appearance of guts and entrails).

I was at a hotel and had ordered a pizza delivered to my room. The pizza arrived and as I dug into this slice of gastronomical delight, the movie came up on my computer screen. From the onset, the Zombies began savagely attacking and eating the humans. My stomach did more flips than a gymnast performs in a floor routine, so I turned it off and had to wait until my stomach settled.

So here’s my Zombieland movie review –

This funny tongue-in-cheek comedy is about a world decimated by a mad cow like disease that turns everyone into fleshing-eating zombies. Only a few have survived.

One survivor is Columbus (Jesse Eisenberg), a neurotic loner college student who has no friends or close relatives. To play it safe, he has made up a list of rules that is narrated throughout the movie.

After this apocalyptic event, Columbus sets out for his hometown Columbus, Ohio, to see if his parents have survived. He meets up with Tallahassee (Woody Harrelson), a drifter who is roaming the countryside hunting for zombies to kill. He is also on the search for the last Twinkle in America. (believe it or, Twinkies do have an expiration date!)

After a brief standoff with guns drawn, they forge a tentative agreement to travel together to at least Texarkana. Columbus tries introducing himself and Tallahassee interrupts him and barks, “No names, I don’t want to get too familiar!” Therefore, he names the young man, “Columbus” because that’s where he originates from.

They spy a grocery store and park in the parking lot. Tallahassee loads up on weapons knowing he will have to use them on the zombies to score some Twinkies.

“It’s time to nut up, or shut up!” He pulls out his Banjo and strums “Deliverance” attracting three Zombies. After dispatching the flesh eaters, a young girl appears in the aisle.

She beckons them to the back of the store telling them that her sister has been bitten by one of the zombies. Tallahassee introduces Wichita (Emma Stone) and Little Rock (Abigail Breslin) to Columbus.

The two con artist sisters trick the guys by telling them that Little Rock who is bleeding to death wants to be put out of her misery. Can Wichita borrow his gun? As it turns out, Little Rock is not hurt and they take off with the guns and Tallahassee’s Escalade.

The four meet up again and are thrust together while continually fending off zombies on a road trip in search of a rumored zombie free Pacific Playground near Los Angeles.

They arrive in Hollywood and stop in front of the Grauman’s Chinese Theater long enough to grab a map of star’s homes and head toward Bill Murray’s house.

The foursome enter what seems to be an empty house. Columbus and Little Rock converge on the private screening room and begin to watch, Ghostbusters while Tallahassee and Wichita mill about in the master bedroom. Bill appears looking every bit like a zombie.

(Wichita hits Bill in his back with a golf club)

Tallahassee: “Are you…? What’s with the get-up?”

Bill Murray: “Oh, I do it to blend in. You know. Zombies don’t mess with other zombies. Buddy of mine, makeup guy, he showed me how to do this. Corn starch, some berries, a little licorice for the ladies. Suits my lifestyle, you know. I like to get out and do stuff. Just played nine holes on the Rivieria. Just walked on. Nobody there.”

After play acting some scenes from Ghostbusters, they decide to do a little practical joke on Columbus. Bill enters the screening room and surprises Columbus. Caught off guard, he shoots Bill.

Bill dies and he is given an hilarious send-off.

The following morning, the still distrustful sisters take off in the Hummer headed for the presumed zombie free Pacific Playground. When they arrive, they turn on the power to have some fun. Zombies come from near and far and the girls are in deep trouble. Tallahassee and Columbus converge on the scene. While Tallahassee seeks his revenge (we discover that he lost his son to the Zombies) and gets creative in dispatching many zombies, Columbus saves the girls in the nick of time.

Do you think Tallahassee gets his Twinkie after all? Yes, he did and boy, was it sweet!

Zombieland is a hugely enjoyable and hilarious comedy with a well written script and stellar cast, especially the acting done by Jesse Eisenberg and Woody Harrelson. They could not have been more different in appearance and the way each of them delivers his lines in his own distinctive voice. Their strong chemistry is something to be seen.

Emma Stone “shines” in this movie as a cool butt kicking chick and has a promising future as an actress. Abigail Breslin precociousness serves her well in this role.

Rotten Tomato critics give it a 89% approval rating, while viewers rated it at 87%.

As I stated before, I don’t like horror movies. But in this movie, there was strong character development, copious amounts of killer one liners and a solid storyline that could be found in any genre of a movie. It is chalk-full of gore and violence and at times (especially the first five minutes), I had to cover my eyes and “deal” with the bone crushing and tendon snapping sounds.

This movie is sure to be a cult classic!

For all you Zombieland lovers, you will be deliriously happy to know, there will be a sequel – Zombieland 2 which is slated to be out in theaters in 2011 in 3D!Â  And as for my pal, Bill Murray, he will be reprising his role as Peter Venkman in Ghostbusters III. The second draft of the screenplay is in the works!

Don’t wait for your dreams to come to you.

You need to be pro-active and continue to learn your craft and think outside of the box. (i.e. watching a horror movie and writing a review of it)

What are you doing that’s outside of the box to pursue your dreams?

Toni left 8 Women Dream in November of 2010 to focus on her screenplay and Club B.

« But What if You Choose the Butterfly Spirit Animal as a Symbol for Your Big Dream?
How To Use Flickr To Share Your Dream »