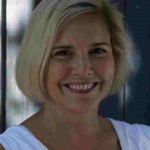 I’ve exchanged information with my readers about what constitutes a Toxic Mom and how to work to preserve one’s own sanity when you are the daughter of one.

I’ve collected a huge stack of completed questionnaires that are part of my book Toxic Mom Toolkit. I plan to rewrite them as narrative examples of the many types of toxic moms. I’ve also invited guests to give us humorous and informative perspectives on moms.

I hope that I’ve created a community, a forum, and a language for objectively looking at this topic.

Followers of my stories know that I’ve just returned from a road trip to rural Iowa to see where my birth mother grew up. The two long articles that describe my experiences there have been well-read and shared. You’ll never know how encouraging this is to me.

I have created a Facebook page also called Toxic Mom Toolkit, where I share stories about this topic and my book’s progress. My website will have some short videos along with stories and encouragement for dealing with toxic moms.

My book is almost done, but last time I looked I had 20 pretty good chapters and if I can create 20 reader narratives to splice in I’ll be happy. My goal is to provide a spectrum of mom toxicity, a place to capture and honor stories where women struggling with toxic mom issues can compare their own experiences. Most of all, I want readers to know that they are far from alone in their struggles to be a good person when their own mother isn’t.

Here’s your sneak peek at Chapter One of my book.

“As a child what little I felt about my mother was that she was a tyrant.

As I teen, I viewed her as a stupid tyrant.”

How many times on lunch breaks or over drinks had I listened to friends worry aloud about their moms getting older? One friend chewed her fingernails over her mother’s diminishing eyesight. Another lamented the bite of Midwest winters and her mother’s growing isolation. Her mother would never move west, would she have to uproot her family and change jobs in order to move closer to her mother?

I was a smart and funny friend who always knew what to do. As a newspaper reporter, I had the community hook-ups and shared the tricks that turned any insomnia-inspiring mom problem into an easy-to-handle item on a weekly to-do list.

I let my friends vent about their moms, made suggestions, and patted their forearms across the table. Little did they suspect that I did not truly share their concerns. When they asked me about my mother I said she was good. She lived 10 minutes away in a nice senior home and was very, very independent. I didn’t clarify that I was speaking of my third mother, my stepmother, the easy-breezy one. Only a handful of friends knew I had a birth mother who variously described my conception as “a date rape thing,” a “terrible time,” and “the one thing she’d wish never happened.”

By my mid-twenties I had cut off contact with the mother who adopted me at three weeks and raised me.

Now I know that might sound a little grrrr, a little mean, but only because you don’t really know me yet.

Nor have you met my mothers.

I’ve got three, which means honey, I’ve got material.

Mark this page or think of my mothers as M1, M2 and M3. M1 is my birth mother who abandoned me as an infant. She’s the one who was raped by some boy, or her father or her fiance’; she can’t remember. She’s the one who when I first contacted her by phone denied she was my mother and then asked if we just couldn’t forget the whole thing.

I also have my adoptive mother, M2, the mother who raised me from 3 weeks to 18 and not a minute longer. She was a lousy mother to my brother and me in so many ways for her entire life.

My third mother, M3, is my adorable stepmother, my father’s second wife, and his widow. She’s the one who nursed my dad through three years of brain cancer until he passed. She’s the one who introduced me to fabulous places like the symphony, the ballet, and Gumps. She gave me real jewelry and told me not to lose it; real perfume and told me to use it. She is the one my husband and I happily looked out for as she entered her frail seniority and elderly decline.

After a lifetime of abuse, neglect, dishonesty, and craziness, by my thirties, I had let M2, my adoptive mother, know she was on her own. I could care less about Sunday calls, holiday plans, or scheduling mom’s trips to the doctor. My secret was that I was an undutiful daughter, a condition for which I was only briefly ashamed.

Theoretically, I could justify my decision to my husband, my brother, and to our inner circle of friends. Although when my father was still alive, the chasm bothered him.

Rejecting your own mother is a hard decision to live out loud.

Internally, it is made even more difficult if your mother is a life-long mystery, like mine. But over time as I compared my life to my mother’s, contrasting the women we were in our twenties, thirties, and forties, I came to realize that my decision was the only sane one.

Little by little I began recognizing other women dealing with toxic mothers and I would take them aside and tell them what I did. I never encouraged anyone to cut off all contact completely. But I wanted to let them know that I did it and I could live with it and that I was a smart, nice, and relatively sane person.

It got to a point where in a room including 20 women I could spot the two or three that shared my secret of surviving toxic mothering. In conversations, we’d often finish each other sentences or wave each other off when childhood memories conjured up anger or sadness. I came to realize that undutiful daughters are a large, silent group of interesting women willing to talk if someone just asked. I began collecting their stories convinced that the aggregation of their wisdom could help others in the future.

I think of cutting ties to your own mother as sort of the last taboo. Look at the evening news. When neck tattoos, sex addiction, and marrying your own house are understandable in most enlightened circles, I think breaking up with your mother is still something few would cop to on camera.

Not every daughter can make a complete break. Some limit contact. Others refuse to let their parents get their mitts on their grandchildren. It’s possible to put up with a few holidays at home to keep tabs on younger members of the family.

Some daughters of toxic moms, like me, are just done.

For most of my life, nobody could upset me like my unpredictable, incredibly toxic mother number two.

What kind of mother was she?

Well, she did take me everywhere with her. Especially to her boyfriend’s homes or smoky bars, where I was left at the curb locked in her turquoise Chevy Impala with a cotton pillowslip to embroider.

The grammar school me sat eye-to-eye with the glove box button for hours. I’d gaze up at telephone lines slicing the blue sky then down at the long chains of tiny, perfect stitches. Looking up and down while sitting in a leather seat super-charged my hair with static electricity. It’s why in so many of my childhood photos I look like just came in from a storm.

So, you can imagine how close my mother and I were.

Fast forward to a beautiful summer morning. My home phone, which never rings, rang. It just so happened that I was on-call as a volunteer law enforcement chaplain. On those days I snatch up my phone on the first ring. To hear the reedy, elderly voice of my motherÂ after decades of silence was a shock. Especially since she had been 39 since I was in high school. Not to mention, how did she get my unlisted home number?

Indeed, after years of absolutely no contact with my mother, that day she said she missed me. She wished I would call her more often.

“Tell you what. Let me call you right back. That would be two conversations in one day,” I said before I hung up.

But I didn’t hang up with a bang like I used to. I took my time checking in with Sheriff’s dispatch. I called my fellow volunteers to exchange logistical information. Then I suited up for my monthly 24-hour shift of community service, pulling on my black slacks and priest shirt, slipping my clerical collar tab into the left cup of my serious black bra, so I wouldn’t forget the most important thing I own – that little white Friar Tuck plastic tab that slips so perfectly into my shirt collar. Six inches of gleaming white plastic. It calms people better than a sedative. They may weep and call me Father Wolfe, but they’re calm.

Usually, I’m pretty good at registering what I’m feeling emotionally. I’m aware of living in the moment even if it is sad or maddening or uncomfortable. I distinctly remember thinking I don’t feel angry and wasn’t that odd as I calmly dialed my mother’s phone number. My brain was in neutral for the oddest call I can remember with the woman who supposedly raised me.

As a newspaper reporter, I’ve written hundreds of obituaries and covered too many metro stories filled with pain and sorrow. As a chaplain, I am trained to be silent support to those suffering sudden loss. I’m the person who knocks on the front door to say your husband hit a tree on the way to work and is not coming home again ever or your daughter committed suicide in jail. They believe me because I’m wearing my clerical collar. A few refuse to believe. They ask, did you see the body? Those are the hardest.

During this rare conversation with M2, it occurred to me that perhaps the combination of those activities, plus maturity had put me in a different place about my incredibly toxic mother.

I realized thatÂ my mother, who stumbled through my life with a tumbler of cheap wine swirling and swishing on furniture, carpets, and dogs, held no sway over my emotions other than triggering concern for a lonely elder.

If she hadn’t called I’d never have known that my mother had lost her power to make me feel like a frightened, confused child.

I was grateful to her.

She only lived about an hour away she reminded me and said she’d like me to visit her. Coincidentally I had been practicing saying no, so I told her, “No, I really don’t see that happening.”  That shocked her, but I was okay with it.

I knew I was right to protect myself.

I took notes during this conversation and later contacted Council on Aging in her community. I requested that they visit her and evaluate her ability to take care of herself.

She refused any help, although she was having memory problems, I learned later.

I didn’t know then that my mother had less than a year to live.

« My Personal Finance Dream on a Permanent Diet
Dream Reality: You Are As Strong As Your Weakest Link »