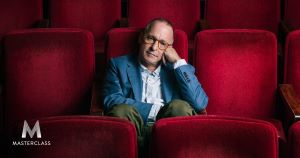 In my 8WomenDream story Do You Need Cojones To Pitch a Screenplay, I discussed pitching my screenplay “Divine Intervention.” My dear friend, Laurie Allen stepped up and pitched the movie for me.

But this time it was my turn to suck-it-up and see if someone was interested in my idea for a screenplay.

That same year when the latest enews edition from  Story Expo arrived, I was all jazzed to go pitch something again. Laurie wanted to pass on pitching because we didn’t have anything new. At the time, I was on the verge of divorce. I wanted to prove to myself that I could achieve a big goal because the words hammered into my head for decades–

You don’t amount to much.”

But I had an inkling of an idea for a screenplay. When I registered for the classes I was going to take for the Expo, I made sure a few of them would support my new screenplay idea of mine. Was I really signing up for How To Write Horror and How to Develop A Sociopath Character classes When I eventually did attend the class at the Expo on sociopath characters, the presenter listed the features of a sociopath and I realized it sounded just like my husband.

My next step was to find a studio/company that would be interested in my pitch/genre. And I scored!

There was an opening at Brad Pitt and Jennifer Aniston’s production company by the name of Plan B. The two of them had just split and Brad had taken ownership of the company. I snapped up the ticket as fast as I could. A few months later, I found myself driving south on I5 towards Los Angeles, hoping to catch some magic and sell a screenplay (I should say an idea because obviously, I hadn’t written it yet).

As I cruised, my thoughts took shape and a plot was hatched as follows – 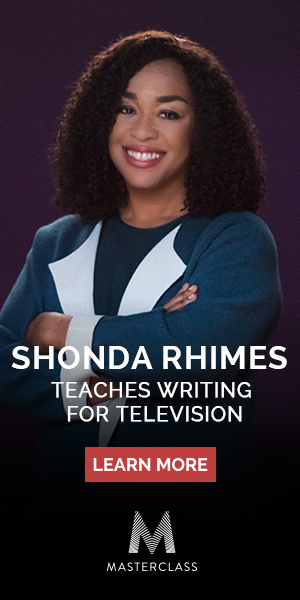 Three women set out on a trip to one of the girl’s summer cabin in Belle Isle, Florida. They arrive in town and stop for a bite to eat at a local cafe. An escaped felon sneaks into the back of their vehicle. The ladies finish lunch and pile back in the van. When they arrive at the cabin and drive into the garage, the sexual predator confronts them.

He orders them inside, ties them up and threatens to kill them if they give him any trouble. He finds some booze and begins to get drunk and regales them with stories of some of his insidious acts. He passes out. The women try to free themselves from their bondage and escape. At the last minute, he awakens and recaptures the women.

The following morning, he announces that one by one, he will be raping them all. He tells Lucy, she will be the first. When he grabs her and unties her bindings, a tussle ensues and a photograph of her eight-year-old granddaughter falls on the floor. He retrieves it and with a lecherous smile begins horrifying the women by recounting the time he snatched a little eight-year-old in front of her house and the terrible things he did to her before killing her.

Oops. I’ve arrived in Los Angeles and will have to finish this mental story later. The next thing I know it’s D-Day and I’m going to be proposing my idea to someone in the biz. As I stand in front of the mirror, I try to stay calm and go over the title/genre/ logline and a brief description of my screenplay.

I begin to pace and make a few trips to the bathroom. I look at the clock and it’s time to get my game face on. I make my way downstairs, sign-in, and find myself in the back of a long line with other writers seeking their own fame and fortune. Self-doubt covers me like a thick blanket of fog. I try to remember my spiel and become so nervous my stomach starts churning (think Jeff Daniel’s character Harry Dunne in Dumb and Dumber after he unknowingly drinks an eye drop-infused cup of tea).

I want to be anywhere but here. As the line inches its way toward the door, I start sweating, profusely.

Is my idea good enough?
Do I want this badly enough to go through this heart-racing exercise?
Do I have a back-up plan?
Should I give my pitch ticket to someone else in line and bolt?
Will I ever amount to anything?

My name is called. I look for the table that has a sign saying Plan B on it. As I make my way over there, I feel like I’m slogging through mud. Oh boy, this isn’t going very well. The girl seated behind the table could have easily been my daughter. Everything after this is a blur. I’m not sure what I rambled on about, but she did tell me to send in a treatment.

With a newfound sense of accomplishment and confidence, I came home and filed for divorce.

Since that Expo, I have pored over books on how to pitch.

I wish I knew this back then:

Start by OWNING your pitch. Make it YOURS. Don’t make it mine. Don’t make it some pitching formula you’ve read out of a book or website. Don’t get me wrong, that’s a great place to start. But it only works if you’ve literally embraced that same method and made it YOURS and IF you’ve gone the extra mile and made it YOURS, you’re very likely are NOT using the formula exactly the way you learned.

Before my next pitch, I need to remind myself of the following

You block your dreams when you allow your fear to grow bigger than your faith. ~ Mary Manin Morrissey

Pitch it like it’s a movie you’ve already seen, you’re just telling someone about it.

By the way, were you wondering how my idea for a screenplay ended?

Lucy is repulsed by the ranting of this depraved human being. She summons the strength of a band of fifty vengeful women, picks up a statue and strikes a fatal blow to the killer’s head. She sets the women free and they roll his sorry ass up into a rug and load him into the van.

Without a word as if acting on instinct, they drive to a nearby pond and drop him in the water where alligators frequent. They will make quick work of him. The women never speak of this again.

What do you think of my idea?

I want to leave you with a video of a funny pitch by two people you may know. Vince Vaughn and Ben Stiller are hilarious when they attempt to pitch a possible fourth sequel to the titanic with its director, James Cameron –

Toni Schram is Co-President of Club B for women based out of Sonoma County, California where Toni enjoys living her authentic self at whatever cost.

« Weight Loss Struggles: Buying Bigger Jeans Sucks
It’s OK to Be The Hot Mess While You Are Dreaming Big »