Merriam Webster defines the word leader as something for guiding fish into a trap.Â  Really.Â  When the other 7 women of 8 Women Dream first started down this blogging – chase our dreams – show up for your dream – come on I really mean it – show up for your dream project of mine you would have thought I was dragging them into the killer whales mouth. 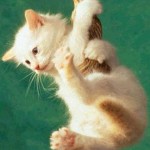 It was my fault.

There will be no death of their dreams on my watch.

But to say this dream process is easy – or a slam dunk for any of us is an understatement.Â  Sometimes life can get in the way.Â  There can be money issues, job problems, illness, marital problems, kids, divorces, non-supporting family and all the speed bumps which appear on the road of life.Â  Many of us dreamers have experienced some (or even several at once) of these bumps while working on our dreams.

Maybe this is how it is suppose to be.

You might be surprised to learn that for some dreamers homelessness has been associated with the chasing of their dreams.Â  These people include Hillary Swank, Charlie Chaplin, Jim Carrey and David Letterman.Â  Some even experienced homelessness with their families, yet still held on to their dream. Daniel Craig (007) reportedly slept on a park bench in London when struggling as an actor.Â  Debbie Reynolds lived in her Cadillac for a while after divorcing Harry Karl.

It’s also here in the land of dreaming – Michael Jordan was cut from his High School varsity basketball team his sophomore year in high school. Dr. Seuss first published book was rejected by 27 publishers. The Beatles were rejected by the Decca Recording Company who said, “We don’t like their sound and guitar music is on the way out.”

And then, this man, Abraham Lincoln was elected President of the United States.

Maybe the dream is also about the story.

Steve Young thinks so and wrote the book Great Failures of the Extremely Successful: Mistakes, Adversity, Failure and Other Stepping Stones to Success who himself failed college four times; discharged from the army after three months; divorced; fired from 23 jobs in one summer; failed businessman; losing contestant on The Dating Game; dropped from four literary agencies; and received hundreds ofÂ  film, television and book rejections.

We should celebrate our obstacles, fears, doubts and exhaustion.Â  Success may be just a day away.

And look on the bright side – I’m not living in a car with my ex and my son – sleeping in the passenger side.

Step over your obstacles and keep on dreaming.

(This week Catherine worked on continuing to clean up her posts on A Week In The Life of A Redhead,Â  hiked Spring Lake 1 day this past week, walked her neighborhood every morning and ate healthy dinners. Catherine is in the process of transferring her Toastmasters meeting to a closer location & group.Â  Catherine’s dream is to be a motivator, motivational speaker and published writer. She is testing her theories on motivation with this blog and the seven other women who have volunteered to be a part of her dream project. Catherine also writes about her life as a mom at the blog A Week In The Life Of A Redhead. Someday, she would also like to be invited to speak at TED.Â  Catherine posts on Friday afternoons and writes the weekly motivation posts which are publish late Sunday evenings for the following week.)
https://8womendream.com