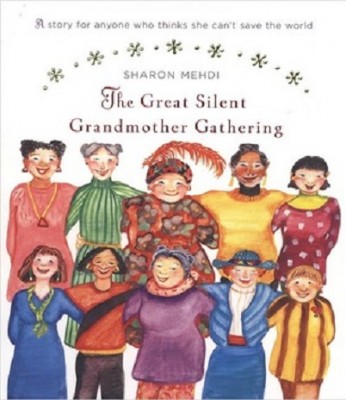 This Thankful Thursday I want to share with you a worldwide dream of a group of women, who once a year stand together with other women around the world to envision a better future for all children.

For 8 years at Standing Women, women have been dreaming of a world that is alive with love and possibility for every child.

Because the world is becoming ever-more connected at this pivotal time on earth, unity around this shared dream can be a powerful influence toward positive change.

As women show up to do what is needed in their lives and communities, as we honor this about one another and stand together for the children,  a growing field of unified intention is created for the whole of humanity. 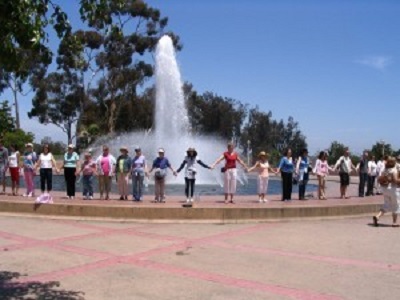 Standing Women invites you join in an annual event with women all over the world for 5 minutes of silence on Sunday May 11, 2014, 1 pm your local time to envision a positive future for children throughout the world.

Let the shared dream and standing together confirm this unity within each of us, for each other, and for the world.

Stand with women started with The Great Silent Grandmother Gathering …

In 2005, Sharon Mehdi wrote a wonderful short story for her five-year old granddaughter, called The Great Silent Grandmother Gathering.  The book inspired a global phenomenon that launched the annual stand for 5 minutes event.

A quick summary of the original story is:

A busboy who worked in a café whose window faced the public park noticed that two grandmotherly looking women had been standing in the park all day without moving at all and without talking.

They were dressed up in their Sunday best and were just staring at the town hall. He asked the other patrons in the café what they thought the women were up to. They speculated on a variety of things.

Then, a five-year-old year who was in the café spoke up and said, “One of them is my grandmother and I know what they are doing. They are standing there to save the world.” All of the men in the café hooted and howled and laughed.

On his way home, the busboy decided to ask the women what they were doing and sure enough their answer was “We are saving the world.

Over dinner that evening the busboy told his parents and he and his father hooted and howled, but his mother was totally silent. After dinner, the mother called her best friends to tell them.

The next morning the busboy looked out the café window and the two women were back, along with his mother, her friends, and the women who had been in the café the day before. All were standing in silence staring at the town hall.

Again, the men hooted and howled and said things like

The next day the women were joined by the women who were in the café the day before and a number of their friends. This brought the local newspaper reporter to the scene. He wrote a derisive article about the women.

The day after it appeared, hundreds of women showed up to stand in the park in silence. The mayor then told the police chief to make the women leave because they were making the town appear to be foolish.

When the police chief told them they would have to disperse because they didn’t have a permit, one of them responded that “we are just individuals standing in our public park and we are not giving speeches or having a demonstration so why would we need a permit.” The police chief thought about this and agreed with them and left the park.

Please stand for five minutes of silence at 1 p.m. your local time on May 11, 2014, in your local park, school yard, gathering place, or any place you deem appropriate, to signify your agreement with the statement below: 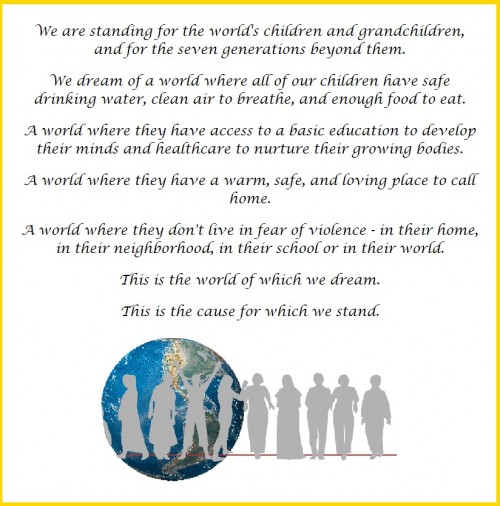 Women stand for the world’s children and grandchildren, and for the seven generations beyond them. The dream is for a world where all of children have safe drinking water, clean air to breathe, and enough food to eat.

You are invited to include the men who you care about to join you. Bring bells to ring at 1 p.m. to signify the beginning of the five minutes of silence and to ring again to signify the end of the period of silence.

Click here if you want to tell the Standing Women organization where you will be standing for 5 minutes on May 11.

« Don’t Be A Mean Girl
It’s Not About Who Is The Best Motivational Speaker! »