The impetus behind my big dream of writing and publishing my first best-selling book has always been to make a difference for others, especially women, by telling the story of how I healed from the traumatic rape and stalking that made my early 20s a living hell. This Saturday, I am blessed with the opportunity to speak at “Walk A Mile in Her Shoes,” a fundraiser for victims of sexual assault.

At Walk A Mile, men gather to walk a mile in her shoes. This historic walk involves men dressing up in women’s high-heeled shoes and boots, and literally walking a mile in heels! 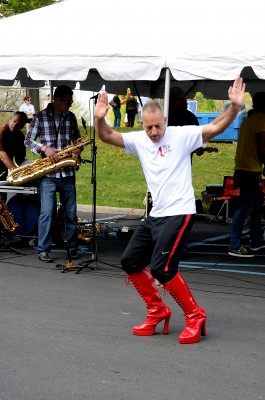 It’s funny, and touching, and painful for them I’m sure since they are not trained to walk in heels as we are! Most importantly, it is a chance for men to stand together with victims and with their sisters, wives, friends and co-workers, and lend their solidarity to a movement that requires both men and women to create a wave of positive change.

We need to collectively work together to change the “rape culture” that is so pervasive in society still, the culture that blames the victim more than it holds the perpetrator accountable. Think Steubenville, and the media commentators on CNN who lamented the fact that these boys’ promising football careers and lives were now “ruined,” rather than focusing on the harm done to the rape victim.

In the meantime, the young girl who was the victim of the assault was receiving death threats, and will likely have to deal with the emotional repurcussions of the rape for a long time to come.

I know since I was a victim as well, and it has taken years for me to heal.

Walking a mile in her shoes is the Path of Healing

Walking is a great metaphor for the healing journey as well, since for most victims, healing does not happen overnight. It may happen in fits and starts, as we come to terms with and release the grip of the past over time.

For many victims, healing can involve flashbacks, since trauma is embedded in the body. This is possible even if the victim was drugged and raped, as I was.

Although the date-rape drugs do block new memories from forming, I have a flash of a memory as if I were floating above my body, watching it happen. Years later, I remembered even more of the memory, this time aware that the rapist had covered my mouth with his hand, as if to block my voice.

I’m sure he wanted to be sure I would not scream. He drugged me to the point of unconsciousness, and then covered my mouth, and when I remember that, I remember the sensation of not being able to breathe.

And of feeling like someone had stolen my voice.

It took me years to really get my voice back, and years to have the courage to tell my story.

But my story is the story of so many women. I am a survivor, and I have built a life that I love. I need to share my healing journey with others because my journey belongs to all of us. 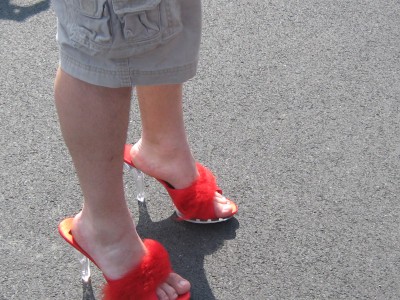 As my therapist and people who love me have told me over the years, it’s a marathon and not a sprint. I know how blessed I am that I have reclaimed my own power as a woman, and that the after-effects of the trauma did not keep me stuck.

But it took years for me to be willing to really seek help. I spent so many years suffering in silence, engulfed by a chronic sense of floating anxiety, with frequent panic attacks at night, before I finally decided that finding peace of mind was my primary goal.

That was when I moved to San Francisco after graduate school in 2005. I could no longer tolerate the level of suffering that had plagued me for years, despite my outward successes.

Even while earning my Master in Public Administration degree at Harvard University’s Kennedy School of Government, I suffered from panic attacks. I would hear a noise at night and think that someone was breaking in to violently murder me.

People who suffer from PTSD (post-traumatic stress disorder) often have a condition called “hypervigilance” in which we are more aware of potential threats, and in which something as simple as a noise at night can trigger a response. Essentially, hypervigilance is being constantly on guard, constantly alert for any stimuli which are associated with your PTSD.

Not a fun way to live.

Now that I have found peace of mind, after years of therapy, including EMDR (which is supposed to be the most effective and proven modality for treating PTSD), meditation and yoga, I want to pass that gift on to other women.

We are all in this together, including our brothers who are walking this path with us. Which is why I am so excited about Walk A Mile.

Every chance that I get to speak out and tell my story, and to applaud the men and women who have come together to stand for victims of assault, is a small victory.

This event is happening around the country, so there may be a walk near you. For those who live near me (in the Capital Region of New York State), the walk here will take place on Saturday, April 27th at the Lally Pavilion at Samaritan Hospital in Troy, with registration at 10 a.m. and the walk beginning at 11 a.m.

Here is a link to the walk in Troy, NY.

Where You Can Walk

And here is a link to the national walk so you can search for your local community. The full name of the march is the INTERNATIONAL MEN’S MARCH TO STOP RAPE, SEXUAL ASSAULT AND GENDER VIOLENCE.

Thanks to all of the walkers who are sliding into, zipping up and buckling their high-heeled shoes to “Walk A Mile in Her Shoes.” This woman for one is incredibly grateful.

And you are making a shift and showing the way for the next generation of boys and men, which is how its done. Change is passed on from generation to generation.

My great-grandparents were born in an era when women did not yet have the right to vote. My parents helped plan peace rallies in the 60s and marched for Civil Rights.

Shifting the “rape culture” is still something that our society needs desperately. When politicians are asking whether it was “legitimate rape” or asserting that women’s bodies “shut down” during rape so they cannot get pregnant – we know we still have a long way to go.

Keep on walking, keep on talking, and let’s keep going in this marathon of creating positive societal change!