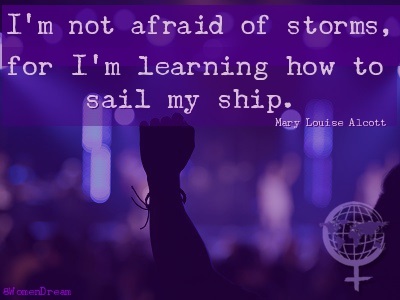 It’s International Women’s Day, dreamers. What are you doing today to move your dream forward?

Your sisters are waiting…

That year, the United Nations (UN) began celebrating International Women’s Day on March 8. Only two years later, in December 1977 the General Assembly adopted a resolution proclaiming a “United Nations Day for Women’s Rights and International Peace to be observed on any day of the year by the Member States, in accordance with their historical and national traditions.” (Source: iwd.uchicago.edu).

1. “How will you #PressForProgress for #IWD2018 and beyond? Take action right now and join the global movement to accelerate women’s equality: https://www.internationalwomensday.com/PressforProgress.” – Women’s Day @womensday 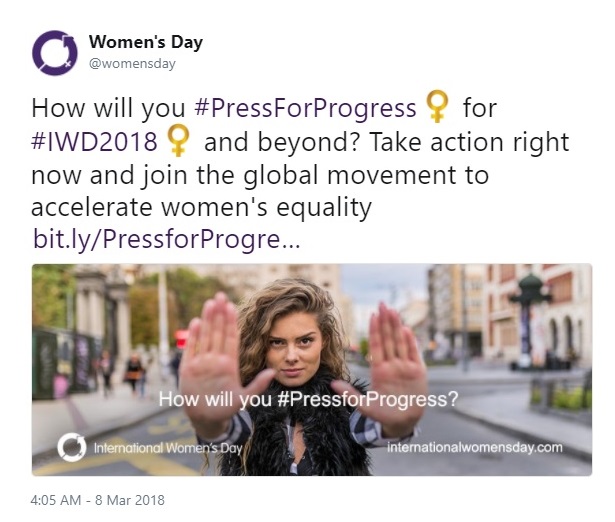 2. “It’s #InternationalWomensDay. There was a time not long ago that women couldn’t vote, or open credit cards without their husband’s signature, or compete in the Olympics, or do their jobs without being harassed. That time is up.” – Ellen DeGeneres @TheEllenShow 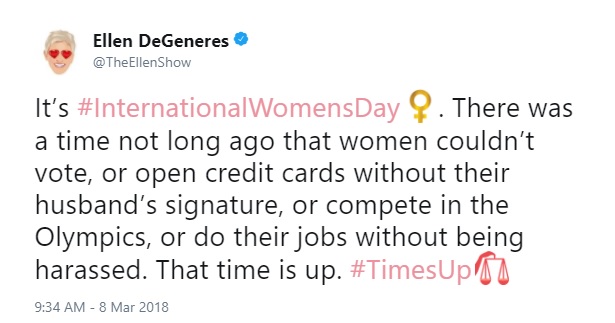 3. “I live for strong women making big changes in their communities, workplaces, and all over the world. What an incredible impact we can make together when we support one another. Lucky to know you, work alongside you, and admire you from afar. Here’s to you. #InternationalWomensDay.” – Elizabeth Banks @ElizabethBanks 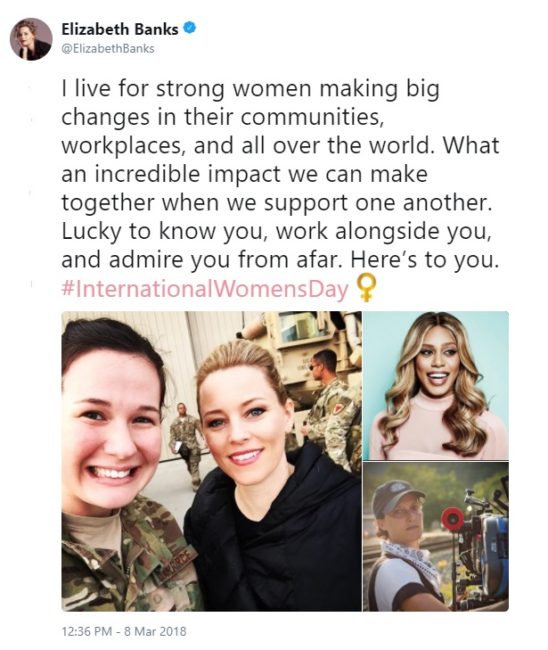 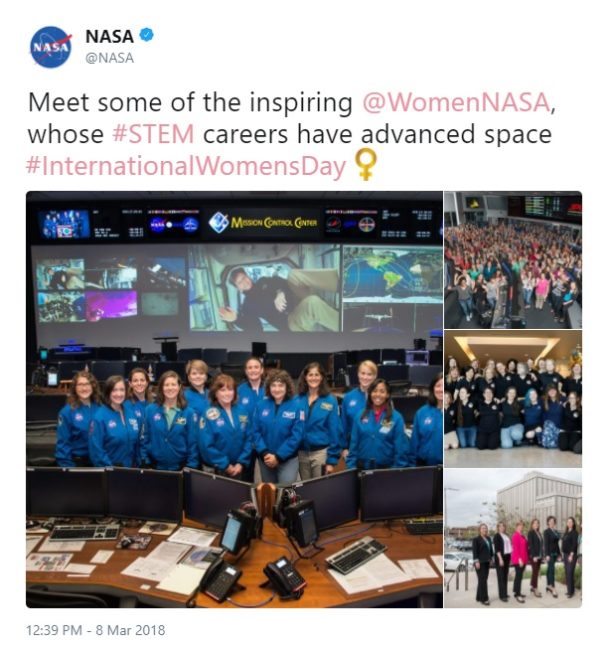 5. “Spanish women marked #InternationalWomensDay with the first-ever full day strike and dozens of protests across the country against wage gap and gender violence.” – Resistance Girl @LaChristie 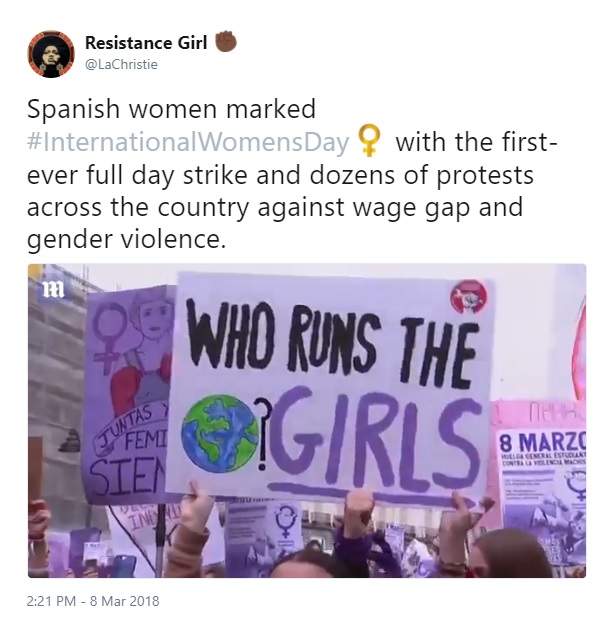 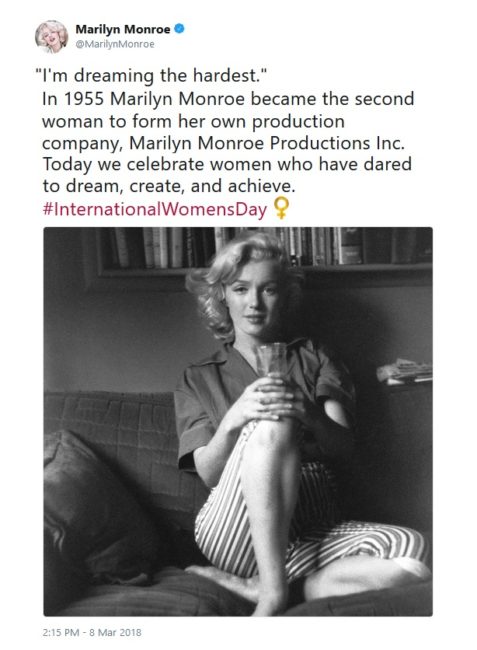 7. “I teamed up with @Refinery29 to mark #InternationalWomensDay and to talk about my passionate commitment to empowering girls around the world through education. This will continue to be a core part of my work at the @ObamaFoundation.” – Michelle Obama @MichelleObama 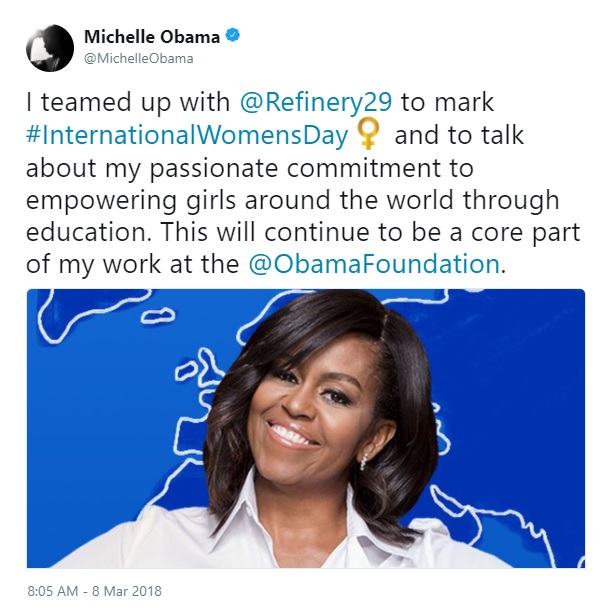 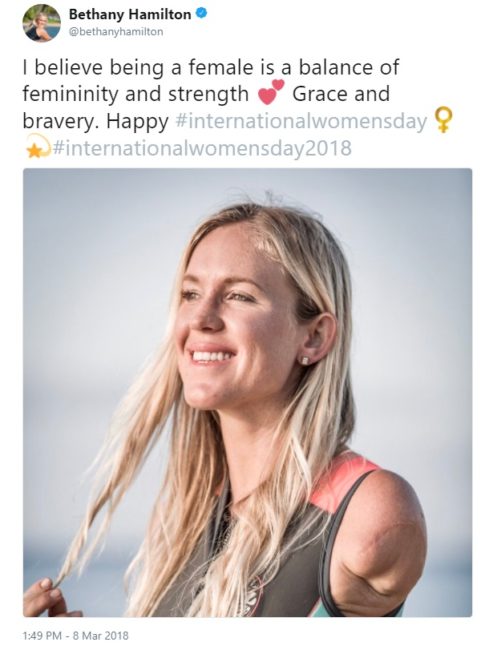 As a final shout-out to International Women’s Day, here are 8 more Tweets:

9. “‘Happy International #WomensDay!’ #TimeIsNow to support each other, believe in each other & encourage each other to speak up for rights & gender equality! http://www.unwomen.org/en/news/in-focus/international-womens-day #IWD2018.” – UN Women @UN_Women

10. “Tens of thousands of women marched tonight in Istanbul. Right now this photo is my only hope for my country. #InternationalWomenDay2018 #IWD2018.” – Ali Bilgic @alibilgic

11. “So excited to be at the @UN today on #IWD2018 to talk with activists & leaders about women’s rights! @ElizabethArden #TogetherWeMarchOn @TIMESUPNOW #TimesUp. Happy International Women’s Day everyone!” – Reese Witherspoon @RWitherspoon

12. On #InternationalWomensDay, we recognize trailblazers like the North Country’s own Elizabeth Cady Stanton. As the youngest woman ever elected to Congress, I certainly would not be here today without the dedication of activists like Elizabeth.” – Rep. Elise Stefanik @RepStefanik

13. “For #InternationalWomensDay, CPJ’s @jactivism spoke with 5 women journalists based in #SouthAfrica, #France, #India, the US, and #Yemen about their experiences and the threats and attacks received both for their religious and ethnic backgrounds, and their reporting: https://cpj.org/blog/2018/03/on-international-womens-day-cpj-looks-at-threats-w.php.” – CPJ @pressfreedom

14. “Female Movers and Shakers. Meet 10 women who defied statistics by either heading large companies or making their mark for them from strategic positions. #InternationalWomensDay www.Mexico.mx/en/articles/female-movers-and-shakers.” – México @mexico

15. “Thanks, Google NYC for the special day with these STRONG, SMART, and BOLD girls from @girlsincnyc. Women warriors in the making! Perfect way to spend #InternationalWomensDay #WrinkleInTime.” – Oprah Winfrey @Oprah

16. “In honor of #InternationalWomensDay, I want to celebrate some of the women and girls who inspire me every day. These women resist inequality, insist on a better world, persist against all odds, and enlist others in our shared fights.” – Hillary Clinton – @HillaryClinton 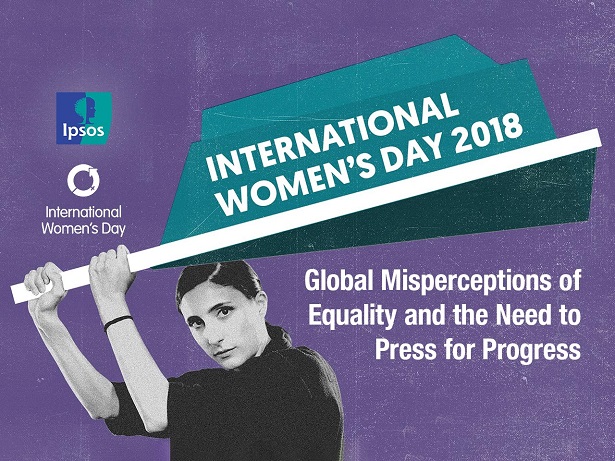 In the United States, the study findings show:

• Much like the rest of the world, Americans agree that sexual harassment (36%) is the biggest issue facing women and girls today. Sexual violence and equal pay come in as the second biggest concerns with 28% agreeing that these are among the most important issues for women.

• Half of all respondents in the study still think that reports of sexual harassment are ignored – though in the US this falls to 38%. Three in four Americans (78%) support a zero-tolerance policy on sexual harassment.

• Americans also overestimate women’s representation in business leadership, believing that 18% of CEOs in the largest 500 companies around the world are women when representation is actually one-sixth of the estimate (3%).

• Seven of ten Americans (70%) say that achieving equality among genders is important to them. When asked if things would work better if more women held positions with responsibilities in government and companies, 61% of Americans agreed.

According to Merriam-Webster ‘Feminism’ was the top search on March 8, 2018, as International Women’s Day drove interest in the word.

How did you honor International Women’s Day?