Several years ago, as part of my dream to motivate women into activism, I enrolled in training that would change my life forever. It was the beginning of an eight-month journey working to become a Martha Beck Career Coach, and it would introduce me to a “soul tribe” of like-minded spirits who are still lifting me up today.

I recently had the chance to regroup with my tribe of fellow Martha Beck career coaches, and it was positively magical to be in a room of 450 like-minded spirits who are determined to change the world in positive ways, while still loving all the miraculous moments on the journey.

There is nothing like being surrounded by people who understand you, speak your language, are dedicated to elevating you and supporting you on your dream journey, and who genuinely want to see you become your highest and best self.

I found myself in this cocoon of love and support recently, which reinforced for me that choosing to be a Martha Beck Life Coach years ago was one of the best decisions I’ve made in this lifetime so far.

This time, on stage with best-selling author and renowned master coach Martha Beck herself, while she performed a healing exercise in front of the room, she wrapped her arms around me as I sat cross-legged on the stage and cried. I found myself in the arms of a guiding force and mentor in my life, and I’ll remember and cherish that moment forever.

The first words I think Martha Beck ever spoke to me, in 2011 on the phone during a coaching training call, were: “You are a shaman.” I got goosebumps all over my body! It resonated in every cell of my being, as the truth always does.

I’d been telling Martha my story of being a recovering perfectionist overachiever who had gone through a lot of trauma in my early 20s, survived a brief suicidal depression as part of the post-traumatic stress disorder (PTSD) symptoms, and rebuilt my life into something beautiful.

She said that shamans’ lives were generally characterized by an atypical childhood often full of neurosis, extreme suffering early in life, and then building a happy and magical life later on. By using what they have learned to heal from their traumas, and channeling their energy into healing others, shamans seem to get younger as they age, and get happier and happier, the older they get. 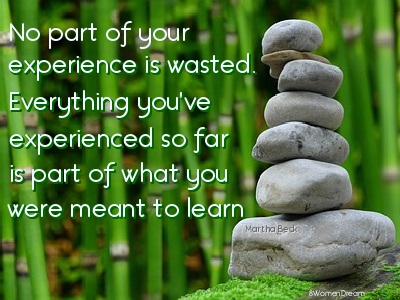 This had been my story, and from all that I’ve read and understood about shamans, I felt sure she was on to something. I have often thought of myself as a “modern-day mystic” since I’ve had so many miraculous and supernatural experiences, and since the focus of my life has so often been on the spiritual dimension.

It felt like a way to rewrite my story so that the intense suffering I had been through could have purpose and meaning. My pain would help me to help others, and to become the magical being I was intended to be.

Despite my connection with Martha years ago, despite how well the program and its goals and curriculum fit with my mindset and sensibilities, and despite the fact that coaching came easily and naturally to me, it’s still been quite a process building my career and life coaching business.

Isn’t it ironic that sometimes even when we finally get clarity, after wondering for years what my real purpose on earth was, it can take a while to align our daily lives with our heart’s visions? If only living our dreams were as easy as making a straightforward decision to do so, maybe everyone would be living their dreams!

But as I have discovered along the path over the years, living our dreams takes patience and perseverance, and it’s not always an easy journey. It may be joyful and full of passion and purpose, but the hero’s journey always involves overcoming adversity and overcoming our mental blocks to our success.

Healing On-Stage With Martha Beck  Through Speaking My Truth

At a Martha Beck career coach gathering event, some of the tribe members in the room got the opportunity to be up on stage with Martha Beck while she asked questions or did some coaching or healing work. I was one of those lucky people.

She had announced she was going to do an exercise to help shift someone’s energy out of fear and into love, and I knew there was some healing that I needed to do around recent challenges in my life. When she asked if anyone wanted to volunteer, I stood up in the crowd, and she called me to the stage.

Martha had me voice out loud my greatest fear at the moment, so we could work on shifting it. I told her that the lifelong story that had plagued me was that I wouldn’t live my highest and best destiny, that I would f*#&! it up somehow and not be who I was intended to be.

And that somehow the fate of humanity would rest upon this. NO pressure, mind you. Martha and the roomful of people laughed when I articulated my fear. I knew it sounded rather overly dramatic. But what overly ambitious Type A recovering perfectionist hasn’t at one point or another worried about fully self-actualizing? Or had a bit of a messiah complex, worrying about saving the world?

I can’t possibly be the only one.

We spent the next 1/2 hour or so (my sense of time was fuzzy, and it all just felt like the powerful present moment) helping me think through my feelings, allow what arose within me, and to open to a space of more peace, joy, and patience.

I began to find that sense of calm and balance within again, after letting a story in my head take me back to a fearful place. It’s amazing how the old stories we are used to telling ourselves, which aren’t necessarily helpful in the slightest, can have power over us again even when the moment we are in right now is a beautiful one.

All of us I think have our moments now and then when we let the past or some negative story in our minds have some power over us. Martha and I worked through this, and by the end of the exercise, I was sitting cross-legged on the stage, having moved down from the high stool little me had been sitting on, legs dangling.

I wanted to feel more grounded and safe. I was surprised when Martha softly sneaked up behind me and plunked herself down next to me, then wrapped her arms around me. Cocooned in safety, in front of a room full of 450 like-minded coaches–it was a powerful moment.

The event was one of life’s “coming full circle” moments when I knew I was in fact right on track with my career coaching dreams, and right where I was meant to be. Because when you have one of those moments, you somehow know that everything is happening right on time. 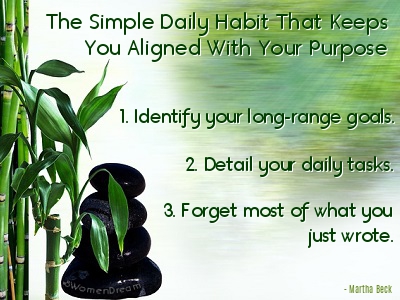 I spent the four days in Austin Texas before, during and after the Martha Beck Career Coach Conference connecting with influential men and women who are engaged in changing the world in beautiful ways. I remember why I had chosen this path.

My soul knows I am a healer. And that it’s time to bring my gifts to the world in an even bigger way.

Here’s to giving big dreams my all, and continuing to build my coaching platform so that I can share with the world what I’ve learned about dreaming big, guiding others through changing careers, supporting causes, and living boldly. What about you?

If you love Martha Beck as much as I do…