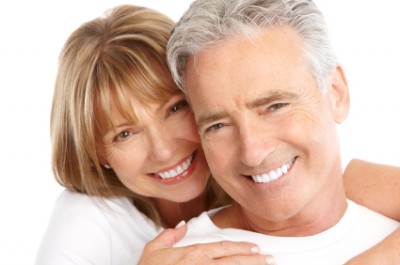 Kate Forgach is a Baby Boomer consumer specialist for Kinoli Inc. She has written about senior issues for 11 years as a Cooperative Extension specialist and for a wide variety of newspapers and magazines. She has been featured in USA Today, Detroit News, New Orleans Times-Picayune, New Yorker magazine, “ABC World News,” NBC’s “TODAY” show and many other media outlets.

Her insights in this article offer a perspective that many new product launches may be missing.

Don’t leave out over 30% of the population

Demographers have likened Baby Boomers to a “pig moving through a python,” accounting for one-third of America’s population. More than 78-million strong, the post-World War II generation has long been one of the most profitable consumer demographics, a trend that isn’t likely to slow as retirement nears.

They’re a generation that never gives in, whether to a shrinking job market, boomerang kids or physical infirmities. Despite being faced with plummeting home values and net worth, retailers still hear their roar, as Boomers demand special treatment.

It’s a demand well worth attention. The generation born between 1946 and 1964 presents a $43 billion opportunity for retailers, according to an Information Resources, Inc. report. They also, however, present new challenges. Here’s a look at 10 ways businesses are catering to aging Baby Boomers. 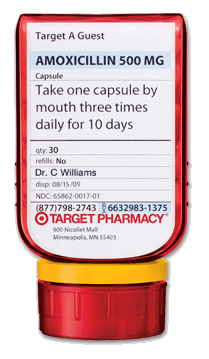 Product packaging hasn’t just gotten harder to open; it’s also harder to read, with instructions and ingredient lists that look like mere ant tracks. According to AARP, CVS is dealing with this problem by attaching magnifying lenses to shelving units. The pharmacy chain also has increased natural-light wattage by uncovering windows.

Baby Boomers are big on gardening, but aren’t too crazy about gravel-covered paths and narrow greenhouse aisles. According to Garden Center Magazine, the industry is moving towards friendlier access, including hard walking surfaces, wider aisles, tables that make picking up plants easier and white signs printed with black ink for clearer reading.

The American Life Project found 69 percent of older Boomers (ages 56 to 64) buy online, more than any other generation. Merchants are catering to this by increasing website fonts so consumers with poor vision can more easily navigate online stores. Updated text-to-speech technology helps those with more serious sight problems by reading Web pages aloud.

Online shopping became more popular with aging Boomers when Amazon started the free shipping revolution in 2002. The trend has proven a boon to shoppers who find it difficult to navigate between stores. Free shipping codes bring prices as low, if not lower, than those for brick-and-mortar retailers. Examples include Boomer favorites like Coldwater Creek and Lands’ End, clothing giants who offer free shipping on some, or all, orders.

According to a 2010 study by the Pew Center, older Boomers tend to research purchases more thoroughly, with 40 percent saying they rate products online before buying.

User reviews are an electronic replacement for this word-of-mouth generation, so e-retailers are catering to their preferences by providing opportunities for customer testimonials and highlighting positive reviews on home pages.

Technology retailer Newegg.com particularly caters to this audience according to Vice President of Marketing Bernard Luthi in an interview with Internet Retailer. “Older consumers called (customer support) more often than other age groups in advance of a purchase. They’d say: ‘I want to understand more about the organization. Let me know who you are and what your return policy is.’ They’re still not as comfortable as a person in his mid-20s about shopping on the Web, but they are a smarter shopper. They ask for a lot more information up front.”

To make sitting and rising more graceful, high-end hotels are switching from soft, deep seating to higher and firmer chairs and couches. These same institutions, along with some banks, are replacing heavy, difficult-to-open doors with automatic ones.

Stretching for the last-remaining box of bran and dipping down for a bulk bag are hard on the back and knees. According to the AARP magazine, both Walgreens and CVS have lowered shelving and reorganized items for easier access.

As children flee the nest, more parents are migrating into rural areas. A 2009 study by the Department of Agriculture, however, indicated these Boomers will still want urban amenities, “such as proximity to health care…and walkable, active communities.” Because many will prefer and eventually have to stop driving, they’ll likely seek more condensed shopping formats that are closer to home.

As a result, areas like Colorado’s Northern Front Range created land plans requiring developers include shopping and gas services within walking distance of each development. Retirement communities were also subject to the same regulations.

Walkability has become such an important factor that Zillow, an online real estate database, now rates the walkability of properties to retail and transit infrastructure.

â€¨Household size in the 50-plus age range is shrinking, according to American Realty Advisors, leading manufacturers to reduce their package portions. Single-size and two-person servings are more readily available in drugstores and supermarkets. This is a move away from the super-sizing of the 1990s and should benefit stores that cater to this audience, including Trader Joe’s and Whole Foods, as opposed to Costco or Sam’s Club.

Baby Boomers work full-time, travel, care for parents and are far more active than the preceding generation. According to Nielsen, they’re turned off by advertising that markets to age and decrepitude, so marketers are creating ads with an appeal for all ages. Talbot’s, for example, traditionally sells clothing for older women, but their present marketing has a more youthful look and message.

â€¨The generation that made physical fitness a must is now pumping-up brain tissue to stave off the mental ills of aging. An entire industry has grown around this desire for mental calisthenics, sweeping major merchants like Target and Walmart into its wake.

While there’s no end of controversy as to whether puzzles and brain games help slow down memory loss, Boomers are willing to give it a try. Much of this industry is related to board games, thought to slow the onset of dementia and Alzheimer’s disease.

My clients have run into similar issues with their online ventures. Type that is too small is still rampant on the web, particularly with older web sites that aren’t taking advantage of the dynamic text controls that new web standards offer. Anyone with retail space needs to take note of the suggestions on walkability and shelving to keep their Boomer clients coming back.

Are you missing the mark with your latest product launch? Take these concerns into consideration and you just may expand your expected launch audience to include the huge population segment of Baby Boomers.