You Are Here Home » GET HEALTHY & FIT » Can Twitter Make Your Dreams Come True? 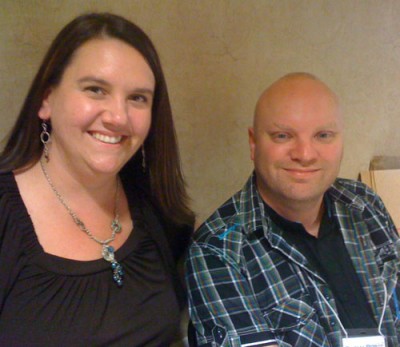 The entrepreneurial dream took a break this holiday weekend to finish a book highlighting the social media rock-star site Twitter. It wasn’t a how-to or best-practices book that had me captivated.

A few weeks back, my trip to a local social media conference led me to meeting several interesting people. Paul Smith was one of those interesting people. Paul a.k.a the “Twitchhiker” traveled across the globe using ONLY the generosity of Twitter users. Catherine had the foresight to actually buy his book and I got the first look at Paul Smith’s dream story in print.

So how did this eccentric Brit get started on this trek?

Stuck in the aisle at the grocery store, Paul’s idea took hold. A regular Twitter user since way back in 2007, Paul used Twitter to connect with like minded tweeps (yes, that the term for people on Twitter that have a mutual following). The idea of traveling as far from his home on the kindness of fellow Twitter users was quickly coming together.

The first shocker was the timing. He had just got married a mere 4 days prior. Paul and his wife had a long-term relationship before getting hitched, but the conversation to explain his new big idea, that included running away from home, was a wonderful description of a couple completely invested in supporting each others dreams.

Paul got his blog up and running to cover the details of the challenge and registered the Twitter user @twitchhiker. He tied in the charity:water fund-raising goal of L3,000 and gave the trek an additional beneficiary that brought users on board to support the cause.

Just a few short days after getting the supportive nod from his wife, Paul Smith was announcing his goals to the world of Twitter and letting everyone in on the rules:

The countdown had begun – he was hitting the road in less than 30 days.

His amazing trek has some great stories, most that made me miss traveling tremendously, and some making me thrilled I was home with my own pillow. Paul kicked off his trip by heading to Amsterdam and ping-ponged around Europe for most of his first week. Day 5 saw him landing in New York and with the help of half a dozen supporters, managed to get from point to point without having to sleep outdoors.

Paul’s attempt to head west could have been super easy with a few plane ticket offers he received along the way. Even though he turned most of them down for cross-country driving opportunities that he occasionally regretted. His adventure rules kept the offers coming in, mostly from populated urban settings. I have to say that was expected since technology use is higher in populated areas.

The great food, and occasional overindulgence in drink led to some very funny, and painfully honest stories that made me want to have been there. The characters he met along the way ranged from gadget addicted hyper excited to borderline scary. Sleeping arrangements were just as varied from 5-star hotels to threadbare couches.

The descriptions of his experience, the food, views, and interactions made me want to hit the road. I can guarantee I won’t be attempting to recreate Paul’s crazy experiment, but a road trip is in my very near future. 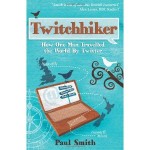 The impact of “Twitchhiker” in my opinion is more dream achievement than travel experiment. Why would anyone go the extent of constantly moving for 30 days straight, unless they have a passion for the pursuit? A huge bonus was that charity:water did gather over 5,000 in donations by the end of the trip.

As for a good read, I can highly recommend this book as a great stocking stuffer for those tech and travel geeks on your list.

What crazy idea have you had to make your dreams come true?

Did you share it with anyone? You can let it out – I’ll be sharing more of mine soon.

Heather’s dream is to have multiple streams of income, starting with launching an e-commerce website that showcases her one-of-a-kind designer jewelry, which are crafted by her. Her newly launched sites are couture jewelry available through For Your Adornment on Etsy.com, and Twitter background designs on Twitter And Beyond Dot Com. She also teaches Social Media tactics for business, besides being CEO of her own web design company. Heather’s post day is Friday.