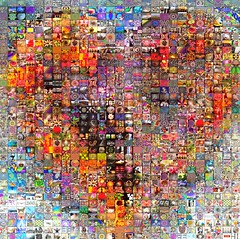 Guess what? Surfing the web for money stories this week,Â  I discovered that money is emotional. Seriously. One hundred twenty three million search results told me so.

News flash: we human beings wear our money on our sleeve.

We also spend a lot of time trying to get objective about it. But I think that is one colossal waste of time. I say, forget about trying to be objective; it simply isn’t possible. Money is the measure of value, and value is ultimately emotional. Value is different for every individual. Also, value is transitory. It rises and falls like the tides, except a lot less predictably. Just compare Zillow with my mortgage statement. Changeable, to say the least.

Here’s an example. Yesterday, the pundits were leaping for joy over the decline in U. S. unemployment. It hasn’t been this low in three years! It’s so much lower than we projected it would be! This is the most awesome, wonderful news EVER. The recovery is REAL.

That’s because as a nation, we value working. The more people working, the better off we all are.

Yet this morning, a scant 24 hours later, the pundits are depressed, or, to use their careful word, “disappointed.”

It’sÂ  like someone let the air out of yesterday’s balloon and left it lying dejected on the lawn. In the rain. And the party is not just over, but SO over.

Why? Because job creation numbers came out today, and they’re much lower than projected. Lower than they’ve been for five months. The recovery is FRAGILE. We value growth, and iIf business isn’t growing, we’re in deep doodoo.

Numbers and statistics are arguably objective, but the way we react to them is decidedly not.

So here’s what I say. If we’re going to wear our money on our sleeve, then let’s admit it and be done with it. Instead of trying to act all logical and objective, let’s get right in there and be emotional. Let’s feel our feelings instead of hiding them and justifying them.

Let’s treat our money as though it were a gift of the heart, not a strategic weapon.

I submit that owning our emotional connection to money – and living it to the fullest – would do more to change our behavior than trying to deny it.

Yesterday I saw some yarn for a ridiculously low price, and it came with a really pretty pattern. You all know that I don’t need yarn. But I still put it in the online shopping cart. Then I stopped to ask myself what I was feeling about that yarn and that expenditure.

It turned out that what I loved was the pattern. Well, maybe not the pattern, but the look.Â  I wanted exactly that sweater, and to look exactly like that 25-year-old size 8 model wearing that sweater.Â Â  I was ready to give my heart to look like that. While I was engaged in feeling that feeling, the smallest doubt entered my mind. What if…? What if it doesn’t look the same on me as it does on her? Will I be sorry then?

So I did a search to see if anyone had actually knitted the sweater. I found a couple of people who had, and not a one looked anywhere near as good as the one on the model. In fact, one version looked absolutely dreadful. Horrible. I wouldn’t have been seen DEAD in that thing.Â  Nor would I knit a pattern that even had the remotest potential of coming out that ugly. And that cured me. I fell straight out of love with that pattern.

So you see? I felt my feelings. All of them. And I didn’t buy the yarn.

It would have been faster if I’d just scolded myself. I could have reminded myself that I promised not to buy any more yarn. That I have a cupboard full of yarn. That I would be a loser and a scoundrel if I broke that promise.

And it might have worked, or it might not have. Such a strategy has backfired plenty of times…turned me into a rebel with a credit card, even.

But feeling my feelings – all of them – showed me that the potential disappointment weighed more than the momentary infatuation.

Therefore, World of Dreamers, I say: feel the feelings. Forget the logic. Because really, where is the logic in trading some bits of metal and strips of paper for something your heart desires? We’re all wearing our money on our sleeve – aren’t we?