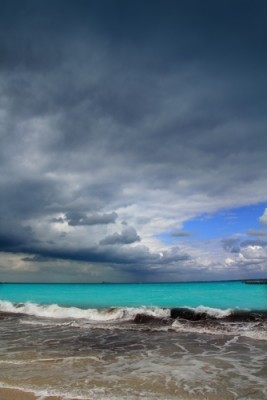 My last post, Royal Wedding Dreams: Do The Royals Worry About Mastering Personal Finances discussed the connection between the Royal Wedding and my dream of personal finance mastery got some really interesting comments. They made me realize I had missed the boat on the most obvious connection.

Several commenters alluded to the glaring disconnect between the pomp and ceremony of the royals and the hardscrabble financial reality that so many people are facing every day.

There’s been a sea change in the world economy, and it’s hard to imagine it ever going back to the way it was before the crash.

And yet, the Royal Wedding, with all its glamor, ceremony, and grandeur, went on – as though nothing at all had changed. How should that make us feel, as citizens of the world? It’s fun to watch as entertainment, but when the entertainment ends, what does a wedding like that say about our culture?

Do we have a culture that encourages us to master our personal finances?

Some people have a natural talent for personal finance mastery. They don’t need the broader culture to support their efforts.

Some people were raised in a family environment that taught them, one way or another, how to master their personal finances. They have the culture they need close to home.

And some people (including me) are operating in something of a vacuum. We could use some community support to develop the attitudes and skills that will lead us to personal financial success.

Don’t get me wrong – we are each accountable for our actions in all things, including how we handle money. Lack of a supportive culture is no excuse for our own excesses. But we aren’t islands. As human beings, we crave and require community. The communities in which we live can support our growth, ignore or growth, or undermine our growth. Or all three.

I don’t really hear the government or any leading cultural figure, for that matter, supporting the basic elements of personal financial health:

In fact, sometimes I hear quite the opposite. The answer to the economic crisis seems to be for consumers to “feel better” so they’ll spend more. But isn’t that how we got into this problem to begin with? Didn’t we get easy credit so we could buy way more than we could afford, so that businesses could sell more stuff, so the economy could grow?

Stop for a minute and think: is it really wise to grow the economy in the conventional sense of bigger = better = more money?

Here’s my favorite example – small, but telling – of why that may not be such a good thing.

I recently learned that my bank now processes checks before deposits, instead of the other way around. They do this even when they have already received my direct deposit, which is electronically transmitted and therefore fully verified. They leave the deposit in pending status until after they have processed checks.

Thus, if I’m overdrawn for five minutes, I get charged $27 for non-sufficient funds and $32 for being overdrawn. Then they credit my deposit that has been sitting there all along, but is now some $60 lighter.

I started looking for another bank, and it turns out this policy is actually pretty commonplace. Banks used to get that money from us via high-interest loans and credit cards. They’re not lending so easily any more, but that doesn’t mean they’ve run out of ways to get money out of us.

Only the methods have changed. The culture has not.

My older son, Sir Empath, recently had a homework assignment to define his idea of utopia. He came up with a society where people would work and go to school fewer hours, and spend the extra time in leisure – with their families and friends, learning and practicing a craft, sleeping later every morning, and just taking life slower.

As we talked through the assignment, he began to think about what this would mean.

People would probably earn less money if they worked less. With less money to spend, and more time on our hands, we’d have to be more creative, and more relaxed, about our entertainments. We’d have to re-use and recycle, maybe barter instead of buy. In short, we’d be more aware of and respectful of our interdependence as a community.

What started as a charming, if apparently immature, figment of Sir Empath’s imagination took on a powerful sense of “what if.”

I said, “You know, you could have a life like that.”

I’m sad to report his reply: “Nah. It could never happen. The whole world is all about money and selling and buying stuff.”

What if life were less about growth, and more about thriving?

Less about pomp and ceremony, and more about commitment and contribution?

Less about owning and acquisition, and more about experiencing and sharing?

Less about show and appearances, and more about being real and connecting with others?

These are the kinds of conversations I wish the government, business leaders, indeed the whole culture, would invite and encourage. I’d like to see how these values might change the way we spend money as a society, and how we could find new ways to do more on less money, with less waste. Then I’d like to see how that encourages me to be a different person where money is concerned.

Here’s an idea. Let’s create our own culture. World of Dreamers, what would you like to be talking about in dreaming up our collective economic and social future? Leave a comment!

Jayne Speich is a small business coach/consultant who writes, thinks, and coaches extensively on customer service, business finance, and ways to thrive in the new economy. She is the owner of Onsys21 Dental, a coaching/consulting firm for dental practice owners. You can sometimes find her at theselfreliantentrepreneur.com. Jayne’s post day is Saturday.

« A Royal Wedding Dream Day
Travel Dreams: What To Pack For a Memoir Research Dream Trip »