You Are Here Home » WRITE WITH US » Royal Wedding Dreams: Do The Royals Worry About Mastering Personal Finances? 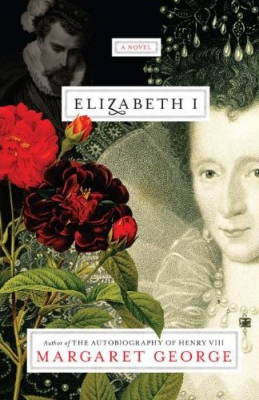 In the coming days, a commoner, Kate Middleton, and the bonny Prince William will unite in marriage. But what does that have to do with my dream of personal finance mastery? Well you may ask.

Here it is. I need a break from looking inside my own head. The two most public figures in the world, at least for the time being, seem like a good diversion. And I’ll bet they have money issues too.

As it happens, I’m reading an excellent historical novel called Elizabeth I, by Margaret George. It takes place during the late 1500s and early 1600s. And you know what’s fascinating? Queen Elizabeth had money troubles. She had Spain to fend off on a regular basis – ships to build, armies to mount, negotiations with other countries in an effort to secure some allies. Expensive.

Then, she had Sir Francis Drake and Sir Walter Raleigh wanting to gallivant all over the planet looking for the City of Gold, finding instead places to plant the early seeds of British Colonialism, which cost more money.

She had appearances to keep up. Crushed pearls in her face powder, for example, so she would look a-glow. Red wigs as a continuous reminder of her father, Henry VIII, whom people still feared. The royal jewels that had been passed down since the time of Arthur that represented the history of her family’s wealth and power.

On top of all that, she was the Virgin Queen and had no direct heir to assume the throne, so she was always having to look over her shoulder to see what pretender was sneaking up behind her.

I suspect that Prince William and Princess Kate won’t have Elizabeth’s kinds of money troubles. But here are some they might just have:

Just goes to show you. I can’t imagine being a royal, or a commoner about to marry one, or a person with so much money that I never need to think or talk about it.

How about you, Dreamers? Regardless of your actual financial condition, do you find yourself thinking about money fairly often? Or does it only rarely enter your mind? A penny for your thoughts!

« How To Keep Your Dream Love Growing
Brides Dream: All Weddings are Royal Weddings »