You Are Here Home » WRITE WITH US » Photo Gadget Review: The Lytro Light Field Camera 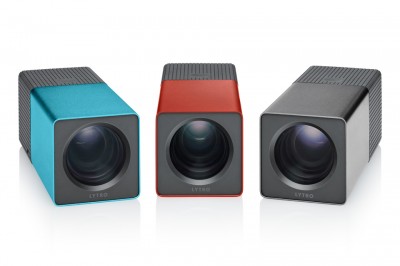 As part of my photography dream to be a well-paid professional photographer, I occasionally come across products that I simply have to share with all you photographers out there who share my same passion for photography and photography gadgets. This week I want to offer a photo gadget review that focuses on a pretty cool camera: the Lytro Light Field camera.

I first came across this little box a few months ago – read about it in a magazine.  Dubbed “a hot new trend” in field photography, this camera looks nothing like a camera at all – more like a square kaleidoscope of sorts.  Its clunky and awkward, and early reviews show that it’s challenging to capture consistent quality images.

At up to 600 bucks, it hardly falls into the same gadget category as lens cloths or table top tripods.

The Lytro Field camera is special, though – because unlike a dSLR camera that captures a single plane of light, the Lytro camera captures the entire light field, which is all the light traveling in every direction in every point in space.

So what does that mean for us as we shoot and then edit?

Once you shoot, you upload your files to the “cloud”, on to Lytro’s site.

You then have the power in editing to adjust the focus anywhere on the image, just by clicking on it.  Imagine how cool it would be to change the perspective of your images with a single click? You can also switch seamlessly between 2D and 3D views for even more effect.  (click here for an example of some images using this technology)

With these amazing capabilities, pictures become immerse, interactive visual stories that were never before possible – they become living pictures.

So why would a company create a gadget that captures images but in traditional terms is not really a camera?

The CEO is on to something with this statement:

(Our) goal is important because our company is focused on building cameras for the information age, which is all about online sharing and interaction. Sixty billion photos were shared on Facebook in 2010, and that number is expected to exceed 100 billion photos in 2011

Finding a way to capture images and share them easily was a cool photo trend that is slowly turning to every day activity.  If Lytro figures this out, and manages the issue around quality – they could be a real game changer in the photo gadget world.

What do you think, photographers?  Ever use one of these Lytros?  If so, let us know.

Until next photo, I want one!