You Are Here Home » WRITE WITH US » Financial Recovery Dreams Involve No More Babies? 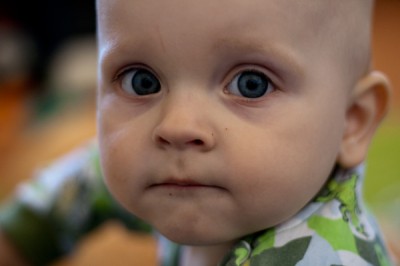 I was just over at Learnvest, a new site devoted to helping people manage their money based on where they are in life.
I haven’t finished looking at everything, but already I’m intrigued. For someone dreaming of financial self-awareness, combined with financial self-control, Learnvest seems like a good start indeed.

While browsing, I came across an article about the fact that the birth rate has dropped in the U.S. alongside  the economic crash. It’s a bit of a coincidence that I saw this, because Virgo Man mentioned to me a few days ago that he has two bright young co-workers, both men and both married, both choosing to remain childless.

Both of these young men are honorable people who work hard, take an interest in life beyond their own boundaries, have positive attitudes and a sense of humor, and are just genuinely nice people. As Virgo Man said, these are the kind of people you hope will have kids, because obviously they were raised well, which means they’d probably raise their own kids well.

And yet both find the world too economically unstable for the introduction of a new life.

Personally, I can respect this. Until I got pregnant with Sir Empath (who is now on the cusp of 17, GASP), I felt the world was too uncertain for the introduction of new life. In my day, it wasn’t so much the economy. It was the culture. The world was in an uproar, what with the flourishing Cold War and Viet Nam and Watergate and all. By the time I got married, it was the 1980s. Glam and the movie Wall Street were, in and of themselves,  just about enough to convince anyone that possibly the time was not right for reproduction. I’m just saying.

It’s easy to understand why people would hold off having children, or forgo it altogether. Adding family members is expensive. Children need stability, which seems in short supply nowadays. As a culture, we want our children to have it better than we ourselves have had it, and right now it’s not a sure bet that will happen. Plus the population of the world is growing faster than the resources of the world can keep pace. Until we figure out how to do more with less, and live a decent life in the process, adding more to the population seems downright irresponsible.

The Learnvest article informs me that as countries develop, their birth rate drops. Interesting, huh? I interpret that to mean, the more you know, the more you fear. The more you have, the more you worry about not having. The more you aspire, the more you resist curtailing your aspirations. In other words, the greater your privilege, the less willing you are to compromise, and the more you focus on “What’s it going to cost me?” Hence, the more westernized among us are increasingly less likely to have complicated, expensive, time-consuming, resource-intensive babies.

I have certainly been privileged in just that way for my whole life. Sure, I can point out hardships. Who couldn’t? But my hardships can’t hardly hold a candle to real hardship. They’ve been more like extremely difficult yet necessary lessons learned – still very much within the province of privilege.

So I was convinced, right up to the very moment that I decided to become a mother, that I should never become a mother. For lots of very good reasons.

Yet I still clearly recall the sequence of events that led to my decision to have children. The thing that stands out  most for me is a sense of, “Is this all there is?” I had done a lot in life. I was well past the age of 30 – I was in fact 39 when Sir Empath was born, and almost 42 when O Psychic One landed on the planet.

I just simply got to the place where I wanted to do something deeply meaningful.  I wanted to be accountable to something, and someone, other than my very own self. I wanted to shepherd a new soul (two of them, as it turned out) to seek a place in the world, whatever that place would turn out to be.

Although I have occasionally  suffered intense doubt that I am capable of right motherhood, I have never looked back. Never once. My children are my joy.

Learnvest tells me that if societies don’t have enough babies to replace aging populations, then aging populations can no longer support economies. They get older and sometimes they get too sick to work, and then they have to rely on governments because there’s no family coming up to support them. They have less money, because they can’t work as much or as hard, so therefore they don’t spend as much. As people age and die, if there aren’t enough younger people coming along behind them, economies, too, age and die.

Logically, I understand how it happens that privileged economies produce a lower birth rate.

Logically, I understand how a lower birth rate leads to economic erosion.

And what an ugly cycle. We evolve. We gather together as societies and cultures. We overcome our obstacles and thrive. In thriving, we decide to have fewer kids. And then we start withering. Nero, strike up your fiddle.

You know what, though? Emotionally, I don’t buy it. Emotionally, I think people choose whether or not to have children for reasons that can’t be reduce to economy. If you really want to, you will find a way.

If you really don’t want to, you won’t bother trying to find a way. Either way, you’ll express your reasons in the vernacular of the day. But underneath the vernacular is the dream and the choice, which in an affluent society is available to all.