You Are Here Home » WRITE WITH US » Dreams Remembered: It’s Never What You Worry About 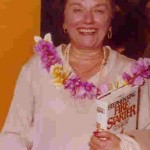 “Try to cheer up, darling!”

Last Saturday, my step-mother, Robbie, went to a doctor’s appointment and got some good news for a change. An injury to her leg was healing nicely, she was told.

She still had terminal lung cancer and she still was short of breath and every little thing was becoming more and more difficult, but her friend, Sue, who drove her, said Robbie was grateful for any positive medical news.

To celebrate, they took a detour to a favorite bookstore and Robbie splurged on the hard copy of Cleopatra by Stacy Schiff. We had both been drooling over reviews and she couldn’t wait for the softcover edition. She had been told she had a year or so to live.

As she stood at the cash register “She said she may die in the poor house, but she had no intention of living in one,” her friend reported back to me. Another line she was famous for was

“It’s never what you worry about, so don’t worry.”

She curled up in her little twin bed, with her new book (and probably some candy) and the night came to a happy end.

On Sunday morning the police called and let us know that she had died during the night.

The tears were many, the regrets, few.

In these last years, my husband and I had bonded with my step-mom through many hospitalizations, stints in rehab, and doctor’s visits. We had a family mantra: Robbie is in charge. Robbie is in charge until we see that she is not thinking clearly, then we will step in.

How many medical meetings did I sit in on when staffers directed questions to me and all I would do is say “Ask Robbie” over and over.

And now my third and final mother is gone. The best one is gone.

I’m grateful that I did every nice thing I could think of and took all the calls and made the trips and offered to take care of things that drove her mad like telephones with small buttons and waitresses who introduced themselves like we’d be friends after lunch.

If you have a kind, loving mother figure in your life – take a moment to tell them that you appreciate them or send a nice card. You may think you’ll have time to do that later, but do we all?

I’ll close by posting Robbie’s funeral notice. Can you tell I wrote it? 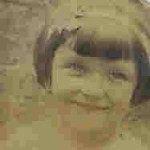 A child of the Depression

Born in Chicago in 1923 to car mechanic James Robert Rooker and Helen Martha Mischo, a roller-skating supervisor at the Chicago Telephone Company, Roberta Marie Rooker was baptized in 1924 at St. Francis De Paula Church. She died on Sunday, Jan 16 due to complications of lung cancer. She was 88.

Following a wartime marriage that dissolved amicably in peacetime, Robbie Rembold moved to San Francisco with her mother and went to work at the Medical Arts Building at 450 Sutter. She was an office manager at a psychiatric and brain surgery practice for over 40 years.

She married commercial printer and lithographer Alvyn Rembold at The Church of the Wayfarer at Carmel-by-the-Sea on April Fools Day, 1969. She was an exceptional step-mom and friend to his two children. Following her husband’s death in 1996, she retired to Sonoma County.

Robbie Rembold was a talented painter in oils and watercolors. She was a gourmet cook, gifted hostess, and expert on the British royal family. As comfortable at Candlestick as she was at the S.F. Opera, she had a gift for connecting with others. Witty, well-traveled, and interested in everything, she will be remembered for her “Super Bowl” parties, Chinese take-out Thanksgivings, and her special caviar pie recipe.

In her later life, she felt a great connection to the following non-profit organizations: Sonoma Humane Society, Mother’s of Military (MOMS) Sonoma County, Heifer International, and Doctors without Borders.

And speaking of Heifer International, she so enjoyed picking out baskets of chicks or pairs of goats and writing a check and knowing that somewhere around the world a little family was oohing and awwing over the new farm animals.

She would take her finger and go down the list speculating on bee boxes and pairs of oxen, all the way up to the big Magilla – a water buffalo – apparently the biggest boon one could possibly have in a third-world country.

Yep, a water buffalo is the ticket.

That’s one way we will be honoring the passing of a woman who was definitely never toxic and in fact quite soothing to everyone with whom she came in contact.

She’d really get a kick out of that.

« Would The World Be a Better Place if There Was No Such Thing As Money?
The Top 8 Ways to Start Living Your Dream »