You Are Here Home » WRITE WITH US » Big Dreams Require That You Be Yourself
Notice: Undefined variable: custom_content in /home/dh_cifdj8wd/8womendream.com/wp-content/themes/restored316-market/functions.php on line 403 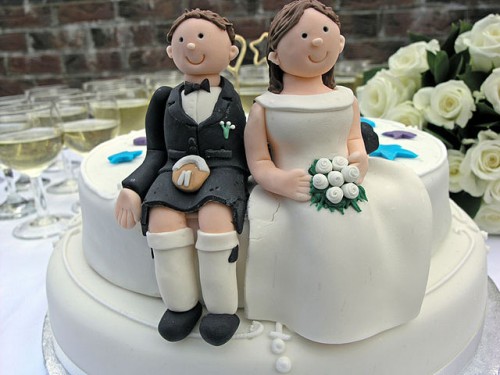 I stopped dating men a long time ago because as hard as I tried and as much as I wanted to fall in love with a man, it wasn’t fair to either of us. I didn’t choose this. It chose me.

I knew I preferred women when I was 5. Yes, kindergarten.

I had a huge crush on a classmate but I didn’t know what it was or meant. I just knew that I loved her and wanted to be around her all of the time. My mother even made a comment to me at a point in my adolescent life, “Mahrreah (she had a heavy New Orleans, Louisiana accent), you sure do favor women.”

She would then change the subject quickly because, God forbid, her daughter could be “that way.”

I would watch her and in my mind I would say, “Yes mom, I do and I wish I could talk to you about it.”

To say this aloud would be to confirm it and make it true.

To avoid major repercussions, I stayed quiet and I hid.

It wasn’t that I wasn’t attracted to the opposite sex (and I still find men very attractive) but don’t naturally draw the conclusion that I am bi-sexual.

I had a “boyfriend” in 1st grade, “David.” He used to carry my books home from school everyday.  I’d make myself notes every Wednesday to “Go behind cottage to kiss David.”

But I had strong attractions to women while being attracted to men.  In society it’s easier to date the opposite sex so I’d date men. Tons of them and I had a great time being with men.

Gene was a guy that I grew up with and we bonded at an early age. We had so much in common. We were inseparable. It felt great to me when we finally started dating.  He was so comfortable to be with. He taught me to play tennis against the schoolyard wall followed always by a bike ride to my home for an awesome dinner lovingly prepared by my mom.

We’d end up in my bedroom, where we’d listen to music and laugh uncontrollably, our bellies full from all that the day offered. In our senior year in high school, we double-dated and ended up at the “point.” The point is a place on Lake Pontchartrain where people go to make-out and do everything else teenagers do at such places in their hometowns across America.

We almost had sex.

I said no because the idea of sex scared the crap out of me. It wasn’t because I was gay or that I didn’t want to but I thought, “Holy crap, what if I get pregnant?”  A million things ran through my head in the heat of that moment.  I knew that I couldn’t be true to him, or myself. He took the rejection OK, choosing to pace back and forth outside of the car until everything calmed down.

I was a typical girl who dreamed of having a beautiful wedding, a husband, and a loving family of my own. I tried to make this dream come true with my dear friend, Gene but my soul said, “No Maria!”

When we graduated from high school, Gene came to my house and told my mom, “I want to marry your daughter.”  He then turned to me and said, “I’m going away to law school, but Maria, I want you to wait for me. I want a commitment and I do not want you to see anyone else. I will be back a lot and when I finish law school we’ll get married.”

I found his statements hilarious. Excuse me, but you’re going away to college and it’s OK for you to see others but not me?  His proclamation went over about as well as a fart in church.

By this time, I was internally battling with my sexuality.  I had already been involved with other women, but kept it quiet. I was living my life as a heterosexual.

It was all a lie.

Years later we ran into each other at a gay bar.

We screamed, “What in the hell are you doing here? You’re gay? Or are you with some gay friends?!!”

We admitted to each other that we were (and had always been) gay.  We loved each other deeply, and in that moment, everything made sense. We breathed a great sigh of relief, laughed and hugged,  and picked up our friendship where we had left it, but now it was stronger in a better way.

He confessed to me that he had been sleeping with the friend in high school who we used to double-date with.  He introduced me to his partner of several years, who ironically, was also a lawyer. Gene would end up dying of AIDS.

And he passed the disease to his monogamous partner, who ultimately would succumb to the disease.

Gene didn’t want me to go see him when he was dying.

I told him that I hated him. I was so angry that he couldn’t let go of his ego and live a less sexually-risky life. All that he was: a handsome, smart, funny, athletic man and all that he had: a partnership in a law firm and a partner who adored him and would not dream of cheating on him. He paid for those shitty decisions, but then, don’t we all?

I can feel his presence around me like a gentle breeze when I am alone.

My entire life I hid my sexuality. It was a secret that I couldn’t tell anyone, because my feelings weren’t “right.”

Being gay was one of the most difficult things in the world if you lived where I did. I was constantly asked questions by family and others, “Where is your boyfriend?” “How old are you now?” “Why is it a pretty girl like you isn’t married?”

I cannot explain the feeling these questions caused. My face would get flushed and I’d stick with the line that always worked, “Oh, I just haven’t met the right guy yet,” while thinking “… but your daughter sure is gorgeous…”

It was the same feeling I felt when I was often asked where my daddy was and where did he go. I would respond with, “He’s on vacation.”

My daddy died when I was 7.  The kids knew that he was dead, but they would still ask about him just to be mean.

Their questions caused me to die a little inside each time they felt the need to play this nasty kid game.

My daddy would have accepted me being gay. I don’t know if he would have understood, but he would have been kind.  He would have held me and talked to me about my sexuality. He taught me to color people in coloring books different colors and never within the lines. He would say, “Baby, people have different colors, religions, and come from different places. This is a good thing because we are different but we are all the same.  God made all of us.”

I will go to my grave with that belief.

When I moved to California after Hurricane Katrina, I realized that I was no longer “different” because I didn’t have a husband, a boyfriend, a girlfriend, or that I was alone. No one has asked me those dreaded questions about marriage, much less, about my sexuality.  Those that knew I was gay didn’t care.

Because it doesn’t matter.

And that right there is a dream-come-true for me.

I feel so free and happy. One day I just woke up and said, “OH MY GOD! I don’t think anyone cares that I am gay!”

I am not the type of person who sports the rainbow flag or marches on Washington. I don’t need to. I know now that my sexuality is just a part of who Maria Vieages is as a loving person. It’s a personal thing, just like it is to everyone else.

Besides my dream to be a uber-successful chef, I also dream of finding a life-partner.

Just this year I came out that I was gay to two of my childhood friends when they visited me for my birthday. They asked, “Why didn’t you tell us years ago? We could have supported you and you could have leaned on us.”

I’m a very intuitive person. Intuitive to the point that it is exhausting. When I feel and see silence, I feel tension and it’s from people who don’t want to “go there” and discuss my sexuality.  I have family and friends who know and it’s OK with them as long as it’s not discussed.

They love me — but with boundaries around acknowledging my sexuality.

To those of you who read this story about my sexuality and feel tense — it’s OK. It’s who you are and I accept that.

I have learned that in order to be truly successful in life and with your big dreams, you have to be who you really are.  You can’t hide parts of yourself out of fear that people will not accept you. Get out there and be who you are. The world has been waiting for you and your big dream long enough!  You are beautiful just the way you are.

And to further help you, here is my recipe choice for being fully who you are, knowing that everything will be fine —

It’s crusty on the surface but soft inside.  A special surprise, just like most of us.

Preheat the oven to 300 degrees F.

Beat with a hand mixer the egg, egg yolks, and 1/2 cup of the sugar together until just combined.

Meanwhile, scald the cream in a small saucepan until it’s very hot to the touch but not boiled.

With the mixer on low speed, slowly add the cream to the eggs. Add the vanilla bean scrapings and pour into 6 to 8-ounce ramekins until almost full.

Place the ramekins in a baking pan and carefully pour boiling water into the pan to come halfway up the sides of the ramekins. Bake for 35 to 40 minutes, until the custards are set when gently shaken. Remove the custards from the water bath, cool to room temperature, and refrigerate until firm.

To serve, spread 1 tablespoon of sugar evenly on the top of each ramekin and heat with a kitchen blowtorch until the sugar caramelizes evenly. Allow to sit at room temperature for a minute until the caramelized sugar hardens.

P.S. Once again, I am here for you. Reach out to me if you need to.

« Want to Lose Weight? Top 8 Tips to Survive Thanksgiving
Is Feedback Crap or a Direct Route to Dream Success? »