You Are Here Home » WRITE WITH US » Bag the Supermarket: Dream Out Loud 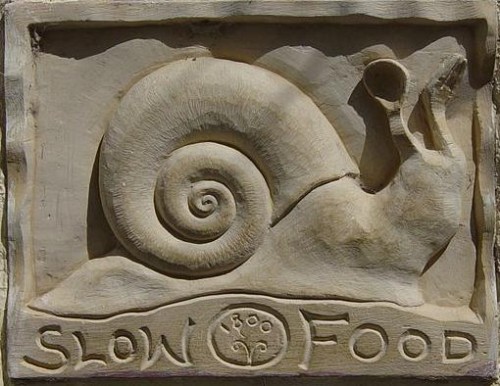 Last week, I phoned in a list of books that have inspired my Bag the Supermarket dream. I say I phoned it in, because I was sick with the flu and could not generate an original thought, so I did the book list. But it had a curious effect on me, coming up with that list of books. After stewing over it for a week, I’ve reached a conclusion.

I may not be original, but damn it all,  I’m still going to dream out loud.

What is she talking about, Dream Out Loud? Well you may ask, and I’m going to tell you.

For most of my life, I’ve thought of myself as a writer. Or rather I’ve called myself a writer, and thought of myself as a fake. Not an uncommon dichotomy in any walk of life; I’d bet a lot of you have gone about your business as writers, photographers, musicians, chefs, entrepreneurs, web artists, motivational speakers, and what-all, and secretly thought you were fakes, too.

You see, the reason I thought of myself as a fake is that in my mind, I had equated writing, and being a Writer, with being Original.

Hence, as I lamented to my sister-in-law yesterday when I found out that she is writing a novel: “I am a writer who has never written a book because I couldn’t come up with an original idea.”

Thus, my first reaction, after writing last week’s post, was to get depressed. It may have been the Nyquil, but I doubt it.

That was a list of 8 authors who thought all my ideas and opinions, wrote them down, and got them published. And in virtually every case, they did that years before I even got the ideas. Furthermore, that was just the first 8 books I thought of. I’ve got shelves full of books by authors who also thought of, wrote about, and published my ideas before I had them.

You see what I’m saying? I’m not original. Therefore, I cannot legitimately write. I’m a faker.

Along about Wednesday, I recovered from that life-long causation confusion. I realized that the only reason there is a link between originality and writing in my brain is because I put it there. And even more, I realized the following.

Just because I am not original does not mean I have nothing to say. I have plenty to say.

Just because other people have already said it does not mean I shouldn’t say it too.

In fact, one could argue that one of the highest goods that a writer can do is join other voices calling for change, considering new ideas, and dreaming out loud.

That’s where communities and cultures and movements arise – from a whole bunch of people happening on the same kinds of ideas at the same time, and talking about them to each other and the world. There’s even a word for that. The word is zeitgeist.

Zeitgeist, translated from German, literally means “the spirit of the times.” The dictionary says it’s a defining mood of a particular period of history as shown by the ideas and beliefs of the time.

As you can see, one person with a wholly original thought cannot qualify as zeitgeist. The great authors – your Tolstoys, your Hemingways, your Carson McCullerses and Flannery O’Connors – they were great because they expressed the zeitgeist. They dove head first into the zeitgeist and swam around in there. They didn’t sit on the sidelines waiting for an original idea to knock them over the head. Quite the contrary, in fact. They wrote about what was happening in the world. They crystallized what people were feeling and thinking and doing and saying.

In other words, it takes a village to have zeitgeist.

This may seem really obvious to all you dreamers. But I’m positively giddy with the realization.

I don’t have to be original to be a writer.

It doesn’t have to have been my original idea for me to dream about how to bag the supermarket.

It’s actually pretty cool, and makes me feel a part of something bigger than myself, that other people already have that same dream too.

I can just lift my voice, dream out loud and join the zeitgeist.

« Does 8 Women Dream Suck?
How Election Day Reminds Us That Anything Is Possible »